It’s been over two years since we last wrote about Udacity. In July 2018, the EdTech startup launched a blockchain nanodegree program for the Middle East and North Africa. Since then, Udacity has seen exponential growth. The nine-year-old Udacity provides online education courses alongside its partners. It also offers nanodegree programs such as front-end and senior web developer, full-stack web developer, data analyst, machine learning engineer, among others.

Today, the Silicon Valley-based Udacity announced it has secured $75 million in debt to grow its online education course platform. In conjunction with the financing, Udacity also announced it has reached profitability and its Q3 enterprise and government bookings rose by 120% year-over-year, total bookings increased 80% year-over-year, and ARR increased 260% in H1 2020. To date, Udacity has raised $238 million in total funding from investors including Bertelsmann, Andreessen Horowitz, Charles River Ventures, Drive Capital, and Hercules Capital.

Udacity’s market growth is driven by increasing interest from businesses and governments for talent with the most in-demand and emerging technology skills. Udacity’s clients now include five of the world’s top seven aerospace companies, three of the Big Four professional services firms, the world’s leading pharmaceutical company, Egypt’s Information Technology Industry Development Agency, and three of the four branches of the United States Department of Defense.

Udacity has also continued to partner with industry leaders to offer the same high-level skills training to individuals. Most recently, Microsoft and Udacity launched a Machine Learning Engineer for the Microsoft Azure Nanodegree program. Udacity also partnered with AT&T to provide 1,000 Nanodegree licenses at a combined value of over $1 million to members of underserved communities.

“Our clients clearly understand that investing in current talent, versus hiring from the outside, has proven to be a far more effective way to accelerate their digital transformation strategy,” said Gabe Dalporto, CEO of Udacity. “This new financing will help us continue to scale and provide global workers with the skills they need to future-proof their careers.”

“Given Udacity’s growth, focus on sustainable business practices, and expanding reach across multiple industries, we are excited to provide this investment. We look forward to working with the company to help them sustain their impressive global growth, and continued innovation in upskilling and reskilling,” said Steve Kuo, Senior Managing Director and Technology Group Head at Hercules Capital. 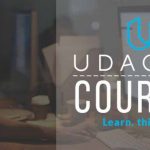