Dr. Vladimir Zelenko leads a White House petition asking Dr. Fauci and 3 others be charged and brought to justice for “Crimes Against Humanity / Mass Murder”

Dr. Zelenko is a Hasidic Jewish doctor and a board-certified family practitioner in New York. We first wrote about him in March after he reportedly treated coronavirus patients with a 99% success rate using hydroxychloroquine and zinc. Back in July, Dr. Zelenko reported that he had treated over 1,500 coronavirus patients using a cocktail of the three-drug regimen.

Dr. Zelenko is one of the several doctors who said the deaths of thousands of Americans could have been prevented if they had been treated with hydroxychloroquine. In August, another doctor, renowned epidemiologist and Yale professor Dr. Harvey Risch accused Dr. Fauci and the FDA of causing the ‘deaths of hundreds of thousands of Americans’ that could have been saved by hydroxychloroquine.

Dr. Zelenko has since taken his fight for justice to social media. In the early days of coronavirus, he created a Twitter account and also launched a website to promote what he called the “Zelenko Protocol” for the treatment of coronavirus patients.

Yesterday, Dr. Zelenko led a White House petition to investigate Drs. Fauci, Redfield, Birx, and Bright for “Crimes Against Humanity and Mass Murder” and also calling on the White House to make the life-saving treatment be made available to end the pandemic. Below is

In March 2020, Fauci, Redfield, Birx, Bright were insubordinate to POTUS and blocked HCQ / Zelenko Protocol access to the American people in the pre-hospital setting. As a result, over 160k people were hospitalized and died unnecessarily. Lets make life saving treatment available and end the pandemic. Let’s bring these criminals to justice.

Below is a screenshot of the petition. 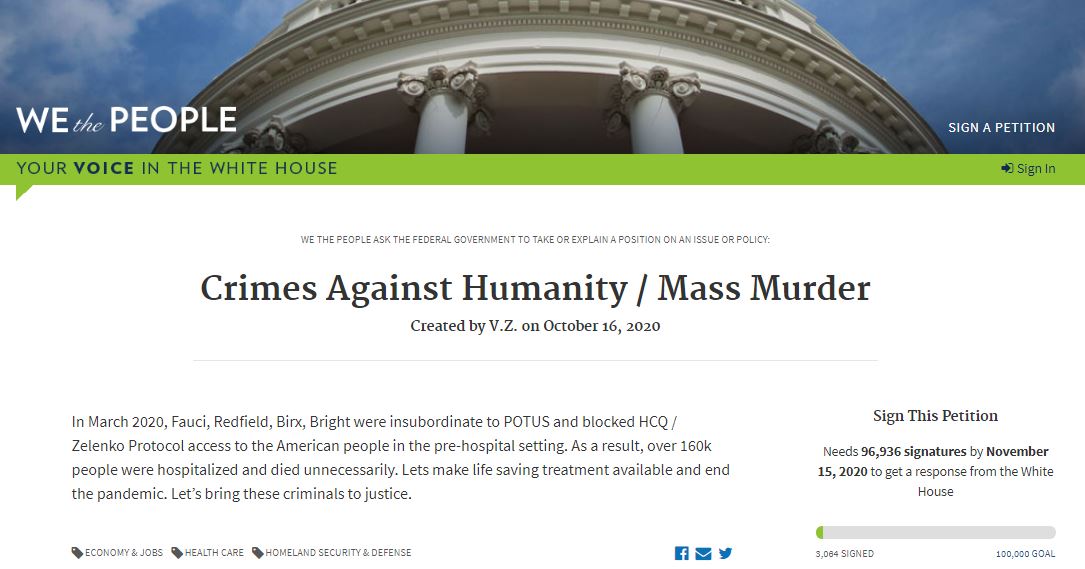 The petition, which was launched less than 24 hours ago, has garnered just a little over 3,000 signatures. The petition needs 96,936 signatures by November 15, 2020, to get a response from the White House.

Dr. Anthony Fauci is not the first public figure to be called to be investigated for “Crimes Against Humanity and Mass Murder.” Back in July, over 600,000 people signed a petition to investigate Bill Gates Foundation for “crimes against humanity and medical malpractice” 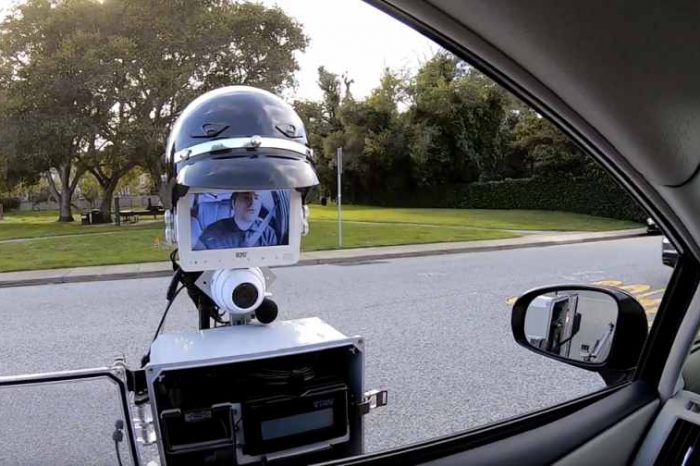 Meet Robot Police Officer, a traffic stop robot that writes you a speeding ticket and keeps everyone safe

Dr. Vladimir Zelenko leads a White House petition asking Dr. Fauci and 3 others be charged and brought to justice for “Crimes Against Humanity / Mass Murder”