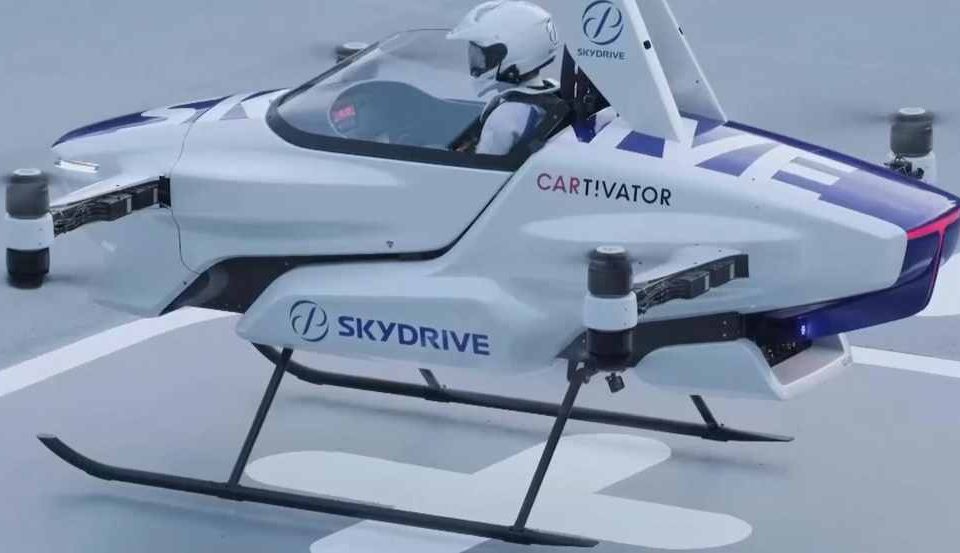 Air taxis are no longer the things you see in fiction movies. Welcome to the future of flying cars. Japan’s drone and robotic startup SkyDrive becomes the first company to demonstrate the first successful test flight of a flying car in Japan. The SkyDrive ‘flying car’, with a pilot on board, got several feet off the ground during a test. SkyDrive hopes the vehicle will become a reality by 2023.

In a press conference Tokyo, Japan, SkyDrive announced last Friday that it had successfully completed its first manned test flight. The startup went on to show a video of footage shot earlier in August at its base near Toyota City.

The single-seater SD-03 flying car prototype, operated by a test pilot, used its four pairs of propellers to lift off and cruise at an altitude of around 6 feet in a heavily fenced off test zone. The care could cruise untethered at low speeds with drone-like stability for a flight time of around up to 10 minutes.

Founded in 2012 mainly by members of the voluntary group, “CARTIVATOR,” SkyDrive is a start-up for the development, manufacturing, sales of the “Flying cars.” The electric-powered flying car supports vertical takeoff and landing. It’s compact in size and equivalent to the size of most cars.

Below are the video demonstrations of the flying car. 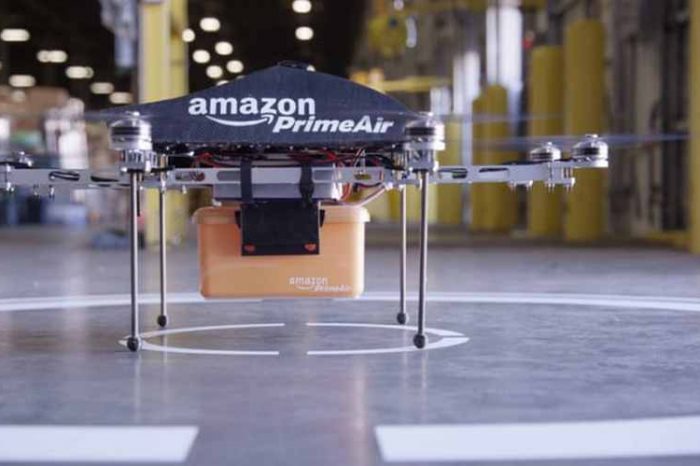 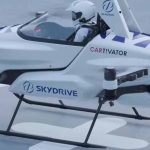