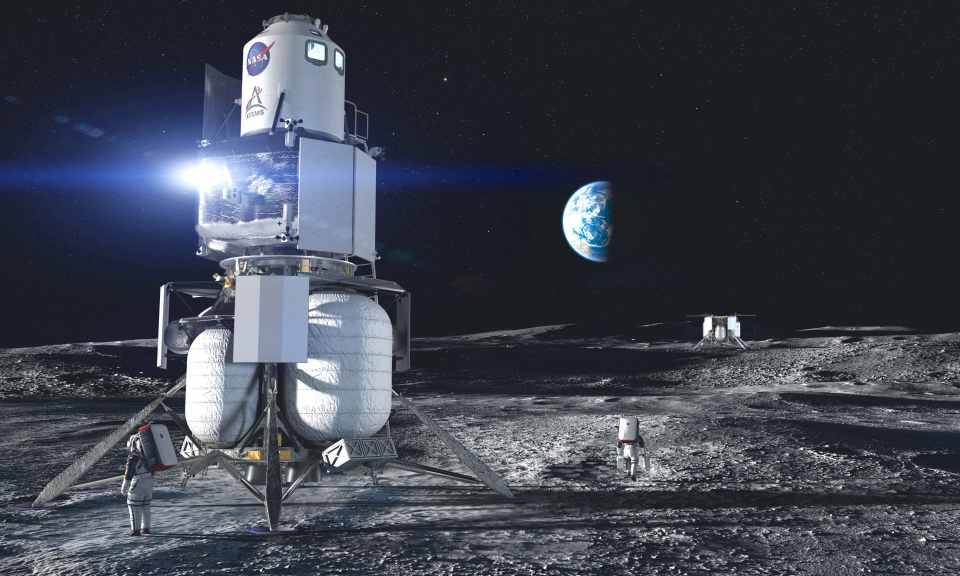 Over the past three days, we’ve been covering development in the space startups as SpaceX raised $1.9 billion in funding from Fidelity and other investors. Prior to that, we also wrote about Dynetics, a subsidiary of Leidos, as the defense technology company races against SpaceX and Blue Origin to be the first private company to return astronauts to the moon.

Blue Origin’s team is comprised of Blue Origin, Lockheed Martin, Northrop Grumman, and Draper. The team is working to offer a Human Landing System for NASA’s Artemis program to return Americans to the lunar surface. As part of the mission, Blue Origin is the prime contractor, leading program management, systems engineering, safety and mission assurance, and mission engineering.

Blue Origin is responsible for developing the Descent Element based on the Blue Moon lunar lander and BE-7 engine, both in development for years. Lockheed Martin develops the reusable Ascent Element vehicle and leads crewed flight operations and training, based on Orion. Northrop Grumman provides the Transfer Element vehicle that lowers the HLS vehicle from high lunar orbits, based on Cygnus; while Draper leads descent guidance and provides flight avionics. 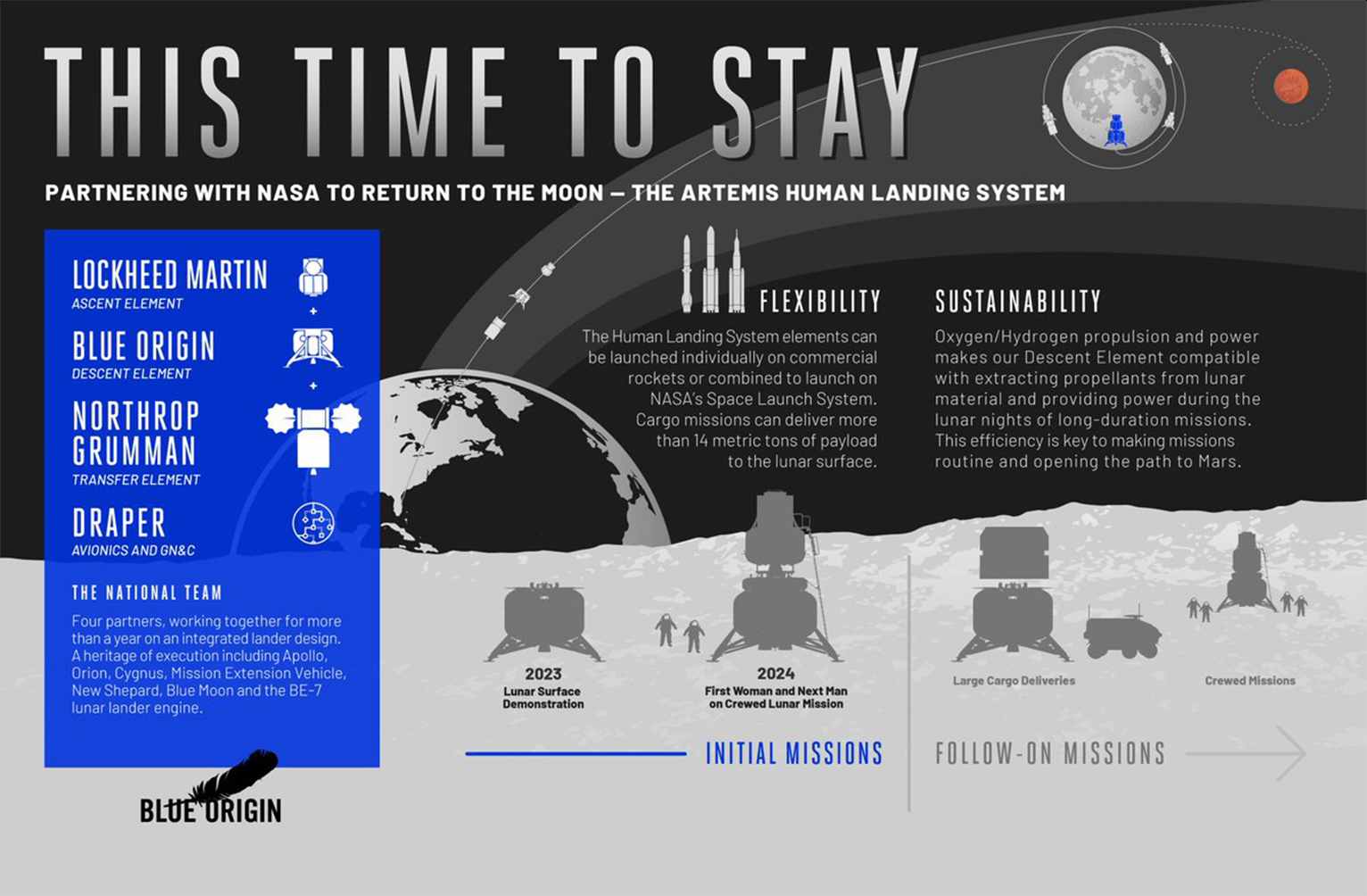 Blue Origin is providing the Descent Element that is based on the Blue Moon cargo lunar lander and its BE-7 engine, which have been in development for three years. Variants can meet a range of delivery capabilities for both crew and cargo anywhere on the Moon’s surface, including the lunar South Pole. The lander’s autonomy, guidance, vertical landing architecture, powerful and throttleable liquid engines, and lean operations – leveraging technologies developed and in service on New Shepard.

Northrop Grumman Corporation provides the Transfer Element that brings the landing system down toward the Moon, maximizing delivered mass for both crew and cargo. The Transfer Element is based on its Cygnus cargo module, which has flown 13 resupply missions to the International Space Station.

NASA’s Artemis Program has a bold challenge to land the first woman and the next man on the Moon by 2024 – returning Americans to the lunar surface, opening the Moon for business, and building a path to Mars. To achieve these ambitious objectives, NASA released a solicitation for the industry to develop the final piece of its Artemis lunar architecture, the Human Landing System (HLS). The National Team integrates four companies each having a head start for this fast-paced program. We are working on a flexible, multi-element, commercial, and sustainable solution for NASA’s HLS effort. 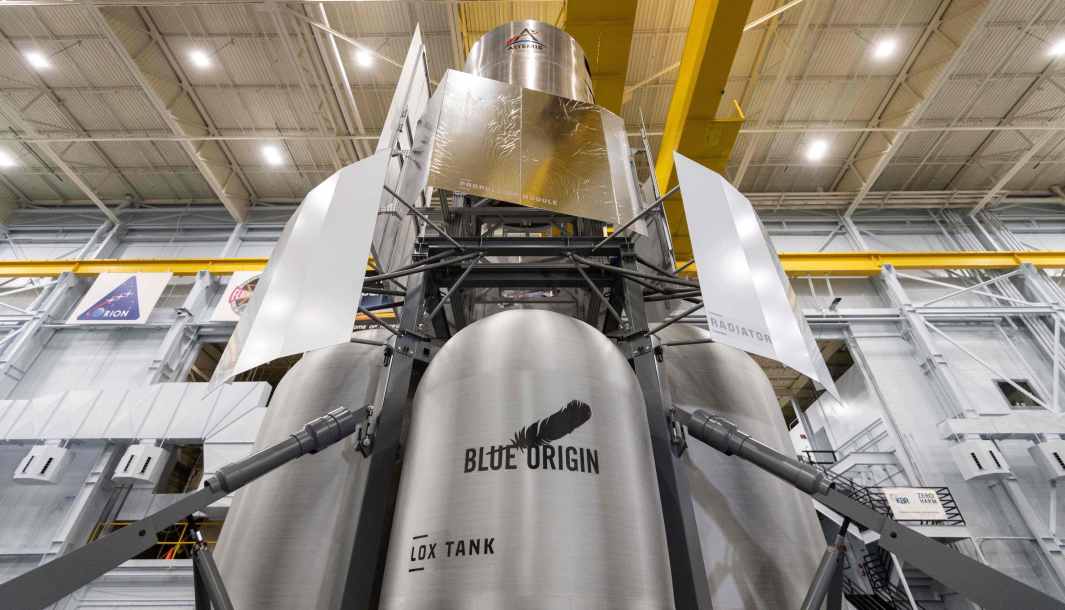 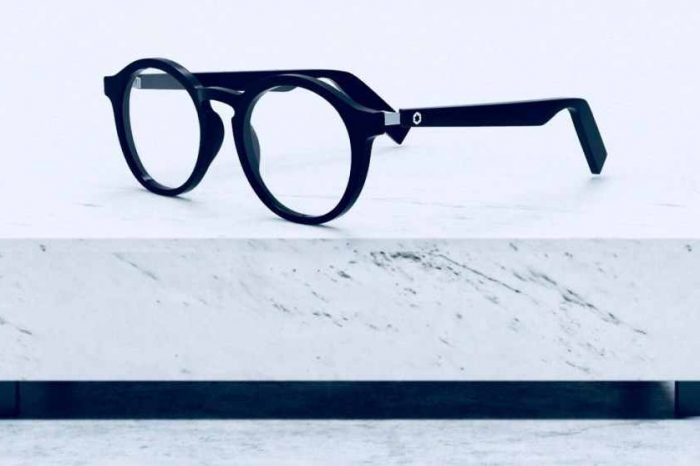 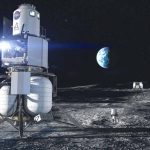