Hydroxychloroquine has become the most controversial drug in the history of America. We’ve been writing about hydroxychloroquine since March after the deadly coronavirus spread to the United States from Wuhan China in December 2019. What’s so fascinating about this drug is that hydroxychloroquine has been used successfully to treat malaria since 1944 without any major issues or concerns until March 2020 when the mainstream media came out with all out war on the drug. To date, hydroxychrloquine is still being used to treat Lupus patients.

So, you might be wondering why all of sudden the view on hydroxychloroquine changed. It all started on March 22 after President Trump touted the drug as a potential “game-changer.” The mainstream media came out of the woodwork with negative headlines about the drug.

However, what many people may not realize is that, a couple of days before President Trump’s tweet, NIH published a study that showed Hydroxychloroquine to be more effective and potent than chloroquine in vitro treatment of coronavirus. Below are the excerpts from NIH own website

Hydroxychloroquine was found to be more potent than chloroquine to inhibit SARS-CoV-2 in vitro.

As the science evolves, more studies were conducted to test the efficacy and the safety of the drug. On March 30, FDA issued emergency use authorization of anti-malaria drug Hydroxychloroquine for treatment of coronavirus patients. Also in April, some in the pharmaceutical industry promoted hydroxychloroquine as the biggest hope against coronavirus. Don’t take our words for it. Here is what Novartis CEO said about hydroxychloroquine on March 29, according to a report from Reuters, citing Swiss newspaper SonntagsZeitung.

“Pre-clinical studies in animals as well as the first data from clinical studies show that hydroxychloroquine kills the coronavirus,” Narasimhan told the newspaper. “We’re working with Swiss hospitals on possible treatment protocols for the clinical use of the drug, but it’s too early to say anything definitively.”

In a 10-page document posted on its website, Yale Medical School recommends the use of hyroxychloroquine (HCQ) as treatment protocol for hospitalized patient with non-severe coronoavirus (COVID-19) for a period of 5 days followed by 1 dose of tocilizumab used in combination with hydroxychloroquine.

The issue of whether chloroquine and hydroxychloroquine, typically used to treat malaria and rheumatoid arthritis and lupus, were effective, has been controversial from the beginning. The attempt to use it initially was based on a study published in 2005 by NIH. The study found that chloroquine prevented the replication of the SARS-CoV-1 virus that caused SARS in laboratory studies.

The question everyone was asking at the time is, what “latest scientific data” did FDA base its decision on? To answer this question, we looked at two studies published around the same time in the New England Journal of Medicine and medical journal The Lancet. The two studies found the two drugs to be unsafe and ineffective.

However, there is a  problem with relying on study from the Lancet. In early June, the medical journal issued an “Expression of Concern” to alert readers to the fact that serious scientific questions have been brought to his attention about its study on hydroxychloroquine. Lancet later issued an apology and retraction of its study.

The retraction came after a report from the British newspaper Guardian found that Lancet study was based on data from a now defunct startup company Surgisphere. At the end of May, Australian infectious researchers raised questions about a study published in the Lancet which prompted the World Health Organization (WHO) to halt global trials of the drug hydroxychloroquine to treat Covid-19.

Surgisphere Corp was later caught falsifying data for which the Lancet study was based. The revelation about the flawed data first came to light after a group of Australian infectious researchers raised questions about a controversial study published in the medical journal.

When asked to reveal the hospitals the data came from, Surgisphere refused

With anecdotal evidence from doctors crediting hydroxycholoroquine for saving their patients’ lives, the question needs to be raised about people who claimed they were healed by hydroxychloroquine. Even, Brazilian President Bolsonaro credited the drug for his quick recovery from coronavirus. President Bolsonaro said he was tested negative for COVID-19 less than 3 weeks after treatment with hydroxychloroquine.

So, why is hydroxychloroquine so controversial? According to Dr. Harvey A. Risch, MD, PhD, a professor of epidemiology at Yale School of Public Health, the malaria drug has now become the victim of a “propaganda war.” Dr. Risch said, “It’s a political drug now, not a medical drug.” He added: “I think we are basically fighting a propaganda war against the medical facts, and that colors not just population people, how they think about it, but doctors, as well.”

At this point, you may be wondering why all of sudden the views on hydroxychloroquine changed. Dr. Simone Gold, the founder of America’s Frontline Doctors and a Los Angeles-based physician, answers the question in a video below. 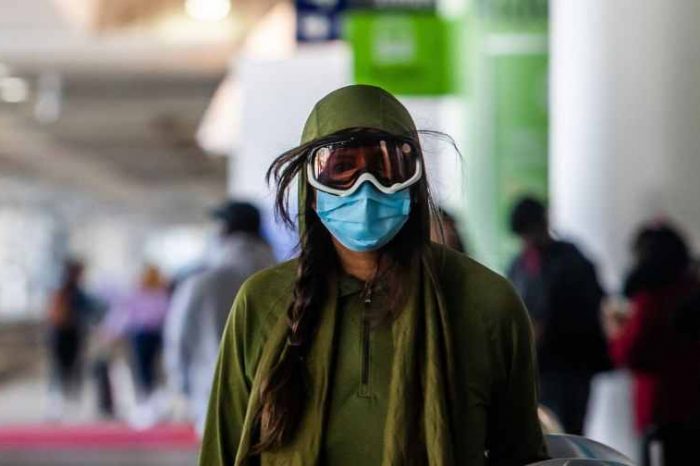