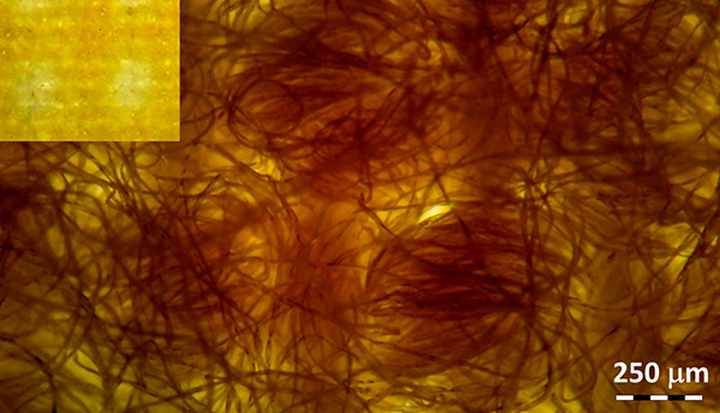 Researchers have completed a new study of how well a variety of natural and synthetic fabrics filter particles of a similar size to the virus that causes COVID-19. Of the 32 cloth materials tested, three of the five most effective at blocking particles were 100% cotton and had a visible raised fiber or nap, such as found on flannels. Four of the five lowest performers were synthetic materials. The testing also showed that multiple fabric layers could improve cotton’s effectiveness even further. None of the materials came close to the efficiency of N95 masks.

Three researchers from the National Institute of Standards and Technology (NIST) — Christopher Zangmeister, James Radney and Jamie Weaver — teamed up with Edward Vicenzi of the Smithsonian Institution’s Museum Conservation Institute to evaluate materials and determine both their ability to filter particles and their breathability. Their results appear in the journal ACS Nano.

The U.S. Centers for Disease Control and Prevention (CDC) recommends that people wear cloth face coverings in public settings where social distancing is difficult, primarily to prevent a person who doesn’t know they’re infected from spreading the virus.

The virus that causes COVID-19 is primarily spread through respiratory droplets that are expelled when a person sneezes, coughs or even talks. However, some research also suggests the virus can spread through much smaller aerosols — smaller than 1/100th the width of a human hair — that are also expelled, and which can linger in air much longer than droplets.

“It turns out that off-the-shelf materials provide some protection from aerosols if you use multiple layers of cloth and a face covering fits snugly,” said Zangmeister. “But none are as good as an N95 mask.”

The project measured a common way to determine how well a material captures particles, called filtration efficiency. Zangmeister and Radney, who are experts at measuring aerosols, set up a relatively simple experiment that relied on extremely sensitive equipment for sizing and counting aerosol particles.

The experiments used fabric samples, or swatches, rather than complete masks. “Basically, we take a swatch of material and flow a stream of particles of a known size at it,” said Zangmeister. “We count the number of particles in the air before and after it’s passed through the fabric. That tells us how effective the material is at capturing particles.” 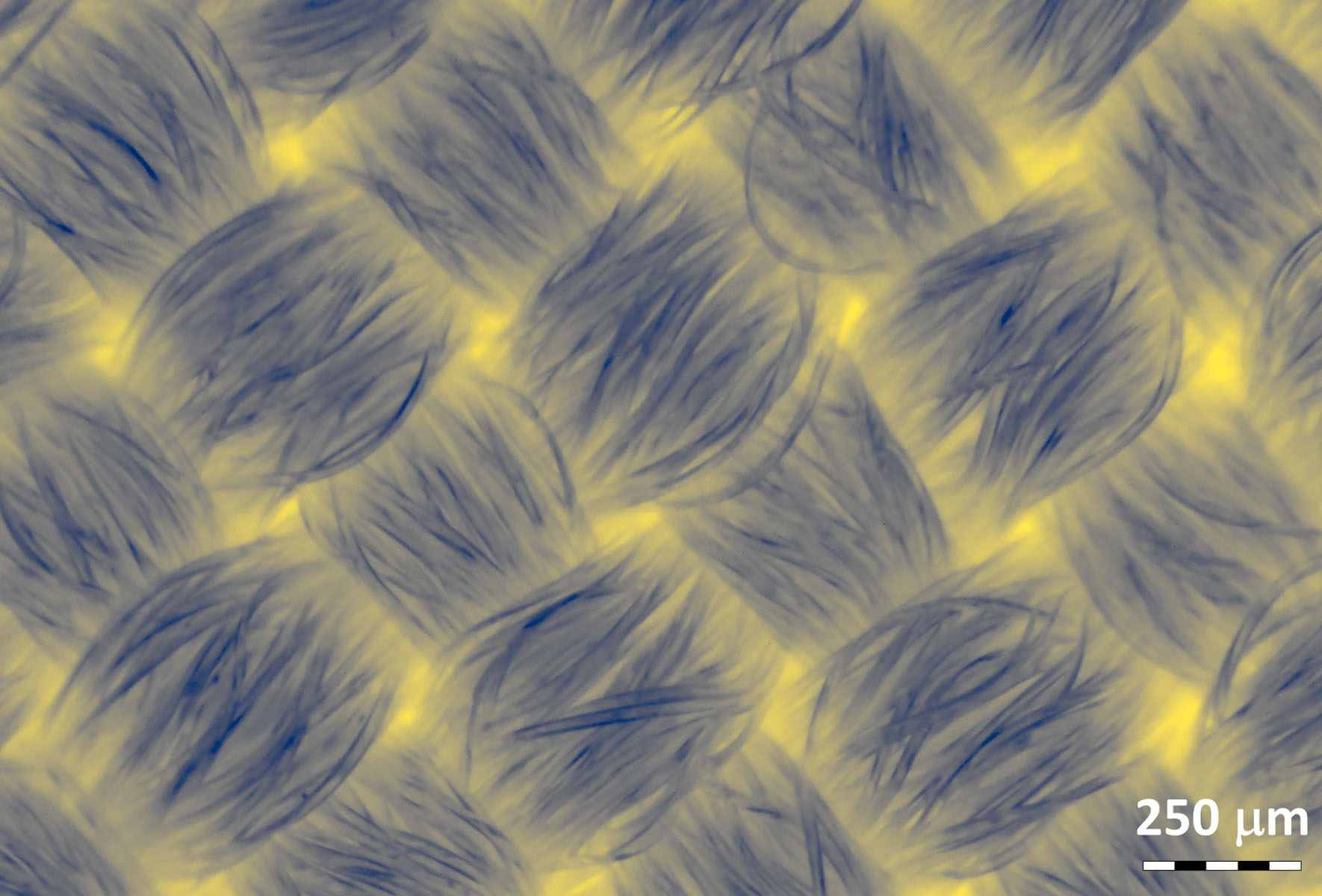 Credit: NIST This 100% polyester fabric was tested along with 31 other cloth materials to determine filtration efficiency and was found to be one of two synthetic samples ranking in the top five of all fabrics tested. To help researchers see greater detail, the original image was converted to a two-toned image with yellow indicating thinner or open regions of the fabric and blue indicating thicker regions of the fabric.

Instead of real (and dangerous) samples of the SARS-CoV-2 virus, the team used table salt, or sodium chloride (NaCl), the recommended stand-in for virus particles by the CDC’s National Institute for Occupational Safety and Health (NIOSH), which establishes testing standards for N95 and other masks. The airflow rates used in the experiments were also from NIOSH test recommendations.

The researchers tested each material against particles ranging from 50 to 825 nanometers (nm) to chart its relative performance.

Meanwhile, Weaver, a materials chemist with a background in textiles, and Vicenzi, an expert in microscopy, studied each piece of fabric to determine its yarn count, weave and mass in the hopes of establishing a relationship between these characteristics and the fabric’s ability to filter particles.

The SARS-CoV-2 virus particles are about 110 nm in diameter. N95 masks are rigorously tested to ensure they block at least 95% of particles in this size range. A HEPA (high-efficiency particulate air) filter such as those you might find in an air purifier blocks 99.97% of particles that are about 300 nm in size, and an even higher percentage of smaller particles. Of the fabrics tested in the NIST study, the best-performing single fabric layer blocked 20% of particles in the size range of the virus.

While Zangmeister and Radney conducted the aerosol experiments at NIST’s Gaithersburg, Maryland, campus, Weaver and Vicenzi were able to conduct their imaging work at home where they have been working since mid-March.

“We intentionally used inexpensive digital microscopes and freeware to do our part of the research from home,” said Weaver. “One motivation for this was to develop imaging methods that would allow citizen scientists to better study fabrics for relatively little startup costs.”

In addition to the fabrics, the team looked at materials including a HEPA filter, N95 mask, a surgical mask and even coffee filters, which have been suggested for use in homemade face coverings, for comparison. The team also tested combinations of fabrics (a cotton and a synthetic layer), which did not show increased effectiveness.

By combining imaging and aerosol measurements, the team found that some fabrics that filter the most particles are also the hardest to breathe through, and some even fail to meet health and safety recommendations for breathability.

“The texture turned out to be one of the more useful parameters to look at because we found that most of the cotton fabrics with raised threads tended to filter best,” said Weaver. “Our findings suggest that a fabric’s ability to filter particles is based on a complex interplay between material type, fiber and weave structures, and yarn count.”

This research adds to the body of knowledge on fabrics and filtration that dates back to the 1918 flu pandemic that killed an estimated 20 to 50 million people worldwide and prompted the first research into fabric masks and their potential to protect against viruses. It also supports subsequent research suggesting that cloth filters would not be suitable for health-care settings.

But despite decades of research on the topic, the team found that a lack of standard test methods and the broad range of materials tested made it difficult to directly compare the results of previously published studies. They hope their work will provide a method for rapidly screening materials.

“We didn’t know the answer when we started this project,” said Zangmeister. “But the bottom line is that none of these fabrics are as good as an N95 mask. Still, cloth face coverings can help slow the spread of coronavirus. We hope this research will help manufacturers and DIYers determine the best fabrics for the job and serve as a basis for additional research.”

The team plans to begin another round of testing on a new set of materials in the near future. Weaver and Vicenzi have upgraded their imaging hardware and plan to employ more sophisticated textural analysis for the next round of fabrics. 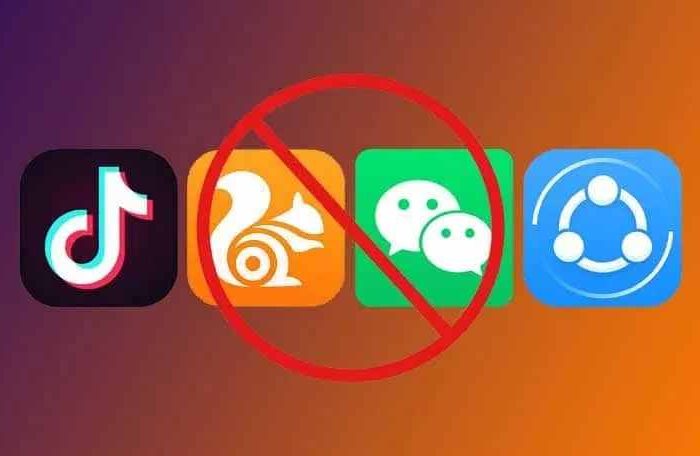 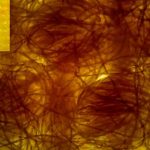