For the first time, Tesla eclipsed $1,000 per share valuing the company at $188 billion as of market close today. That means Tesla is now worth more than GM, Ford, Ferrari, BMW, Nissan, Mazda, Aston Martin, and Fiat Chrysler, which have combined worth of $181 billion.

The share of shares of the Palo Alto, California-based electric-vehicle maker has more than doubled this year. The rallied as much as 8.97% Wednesday to touch a record $1,025. The shares have nearly quintupled in the past year as its market valued ballooned to $188 billion. According to Wall Street analysts, Tesla stock is forecast to reach the $1,500 range before the end of the year. 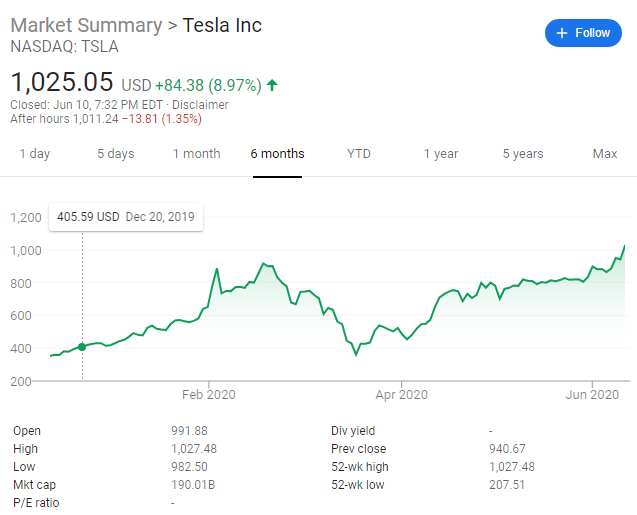 In January, Tesla beat Wall Street expectations after crushing the fourth quarter Q4 2019 results with $7.38 billion in revenue. Tesla noted that 2019 was a huge turning point for the company. Thanks in part to consistent, strong demand for the Model 3, Tesla returned to GAAP profitability in the second half of the year, generating $1.1 billion of free cash flow for the year. The company also credits cost control across the board for its strong cash generation.

Tesla said it expects positive cash flow and net income on a continuing basis going forward, with possible exceptions as it launches and ramps up production for new products. Below is a Twitter video from Bloomberg’s anchor, Jon Erlichman. 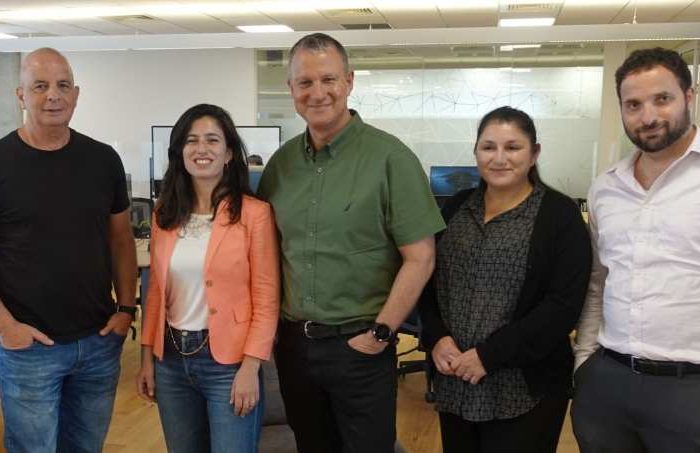