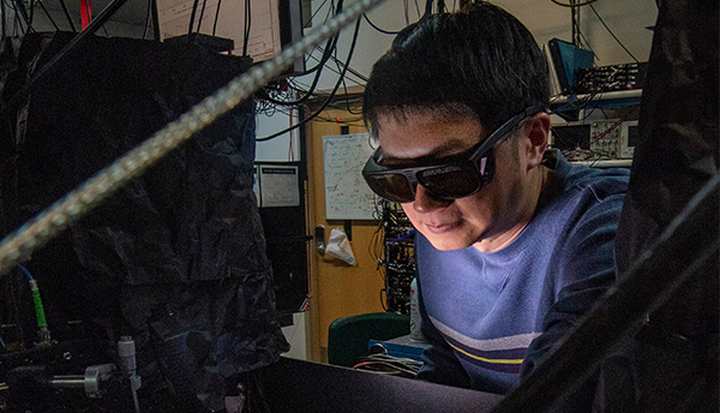 Physicists at the National Institute of Standards and Technology (NIST) have boosted their control of the fundamental properties of molecules at the quantum level by linking or “entangling” an electrically charged atom and an electrically charged molecule, showcasing a way to build hybrid quantum information systems that could manipulate, store and transmit different forms of data. The funding for the project was provided by the Army Research Office.

Described in a Nature paper published on May 20, the new NIST method could help build large-scale quantum computers and networks by connecting quantum bits (qubits) based on otherwise incompatible hardware designs and operating frequencies. Mixed-platform quantum systems could offer versatility like that of conventional computer systems, which, for example, can exchange data among an electronic processor, an optical disc, and a magnetic hard drive.

The NIST experiments successfully entangled the properties of an electron in the atomic ion with the rotational states of the molecule so that measurements of one particle would control the properties of the other. The research builds on the same group’s 2017 demonstration of quantum control of a molecule, which extended techniques long used to manipulate atoms to the more complicated and potentially more fruitful arena offered by molecules, composed of multiple atoms bonded together.

Molecules have various internal energy levels, like atoms, but also rotate and vibrate at many different speeds and angles. Molecules could therefore act as mediators in quantum systems by converting quantum information across a wide range of qubit frequencies ranging from a few thousand to a few trillion cycles per second. With vibration, molecules could offer even higher qubit frequencies.

“We proved the atomic ion and molecular ion are entangled, and we also showed you get a broad selection of qubit frequencies in the molecule,” NIST physicist James Chin-wen Chou said.

A qubit represents the digital data bits 0 and 1 in terms of two different quantum states, such as low- and high-energy levels in an atom. A qubit can also exist in a “superposition” of both states at once. The NIST researchers entangled two energy levels of a calcium atomic ion with two different pairs of rotational states of a calcium hydride molecular ion, which is a calcium ion bonded to a hydrogen atom. The molecular qubit had a transition frequency — the speed of cycling between two rotational states — of either low energy at 13.4 kilohertz (kHz, thousands of cycles per second) or high energy at 855 billion cycles per second (gigahertz or GHz).

“Molecules provide a selection of transition frequencies and we can choose from many types of molecules, so that is a huge range of qubit frequencies we can bring into quantum information science,” Chou said. “We are taking advantage of transitions found in nature so the results will be the same for everyone.”

The experiments used a specific formula of blue and infrared laser beams of various intensities, orientations and pulse sequences to cool, entangle and measure the quantum states of the ions.

First, the NIST researchers trapped and cooled the two ions to their lowest-energy states. The pair repelled each other due to their physical proximity and positive electric charges, and the repulsion acted like a spring locking their motion. Laser pulses added energy to the molecule’s rotation and created a superposition of low-energy and high-energy rotational states, which also set off a shared motion, so the two ions began rocking or swinging in unison, in this case in opposite directions.

The molecule’s rotation was thus entangled with its motion. More laser pulses exploited the two ions’ shared motion to induce the atomic ion into a superposition of low and high energy levels. In this way, entanglement was transferred from the motion to encompass the atom. The researchers determined the state of the atomic ion by shining a laser on it and measuring its fluorescence, or how much light it scattered.

The NIST researchers demonstrated the technique with two sets of the molecule’s rotational properties, successfully achieving entanglement 87% of the time with a low-energy pair (qubit) and 76% of the time with a higher-energy pair. In the low-energy case, the molecule rotated at two slightly different angles, like a top, but in both states at once. In the high-energy case, the molecule was spinning at two rates simultaneously, separated by a large difference in speed.

The new work was made possible by the quantum logic techniques shown in the 2017 experiment. The researchers applied pulses of infrared laser light to drive switching between two of more than 100 possible rotational states of the molecule. The researchers knew this transition occurred because a certain amount of energy was added to the two ions’ shared motion. The researchers knew the ions were entangled based on the light signals given off by the atomic ion.

The new methods could be used with a wide range of molecular ions composed of different elements, oﬀering a broad selection of qubit properties.

The approach could connect different types of qubits operating at different frequencies, such as atoms and superconducting systems or light particles, including those in telecommunications and microwave components. In addition to applications in quantum information, the new techniques may also be useful in making quantum sensors or performing quantum-enhanced chemistry.

This article was originally published on NIST.gov 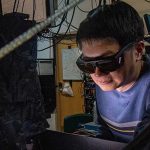