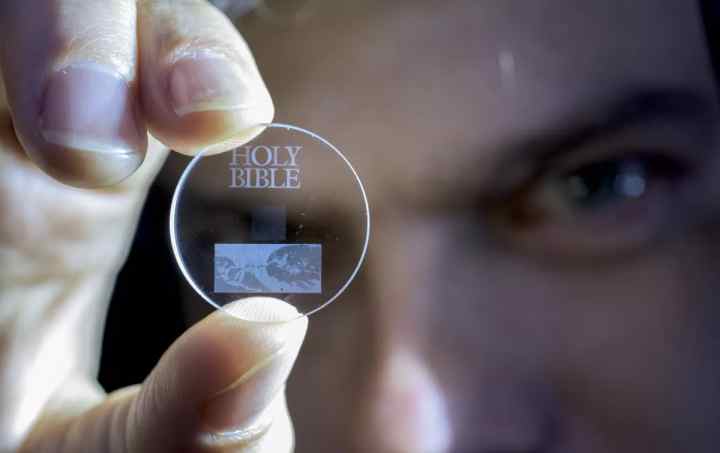 We live in a time when technology dominates our lives. More and more of our personal data is stored on digital devices including mobile devices, PC, camera, servers, and others. The sad truth is, no medium for data storage lasts forever. For example, magnetic data (tapes) has an estimated lifespan of up to 10 years. Flash drives can also last up to 10 years, but flash memory doesn’t usually degrade because of its age, but rather because of the number of write cycles.

Storing person data on flash drive or cloud server may be fine for most practical applications. But, what if you need to store or archive important data, for example, the United States Constitution, for hundreds of years? Thanks to a new discovery by U.K. researchers. There is now a revolutionary solution to store digital data for millions and even billions of years.

Scientists at the University of Southampton have made a major step forward in the development of digital data storage that is capable of storing up to 360 terabytes worth of data for billions of years. Using nanostructured glass, scientists from the University’s Optoelectronics Research Centre (ORC) have developed the recording and retrieval processes of five dimensional (5D) digital data by femtosecond laser writing.

The researchers claimed the data is stable for as long as 13.8 billion years at temperatures up to 190 degrees Celsius, opening a new era of eternal data archiving. As a very stable and safe form of portable memory, the technology could be highly useful for organisations with big archives, such as national archives, museums and libraries, to preserve their information and records. The technology was first experimentally demonstrated in 2013 when a 300 kb digital copy of a text file was successfully recorded in 5D.

Now, major documents from human history such as Universal Declaration of Human Rights (UDHR), Newton’s Opticks, Magna Carta and Kings James Bible, have been saved as digital copies that could survive the human race. A copy of the UDHR encoded to 5D data storage was recently presented to UNESCO by the ORC at the International Year of Light (IYL) closing ceremony in Mexico.

The documents were recorded using ultrafast laser, producing extremely short and intense pulses of light. The file is written in three layers of nanostructured dots separated by five micrometers (one millionth of a meter).

The self-assembled nanostructures change the way light travels through glass, modifying polarization of light that can then be read by combination of optical microscope and a polariser, similar to that found in Polaroid sunglasses.

Coined as the ‘Superman memory crystal’, as the glass memory has been compared to the “memory crystals” used in the Superman films, the data is recorded via self-assembled nanostructures created in fused quartz. The information encoding is realised in five dimensions: the size and orientation in addition to the three dimensional position of these nanostructures.

Below is a video of Dr. Peter Kazansky explaining how nanostructures in glass will store data for billions of years.

Professor Peter Kazansky, from the ORC, says: “It is thrilling to think that we have created the technology to preserve documents and information and store it in space for future generations. This technology can secure the last evidence of our civilisation: all we’ve learnt will not be forgotten.”

The researchers will present their research at the photonics industry’s renowned SPIE—The International Society for Optical Engineering Conference in San Francisco, USA this week. The invited paper, ‘5D Data Storage by Ultrafast Laser Writing in Glass’ will be presented on Wednesday 17 February.

The team are now looking for industry partners to further develop and commercialize this ground-breaking new technology. 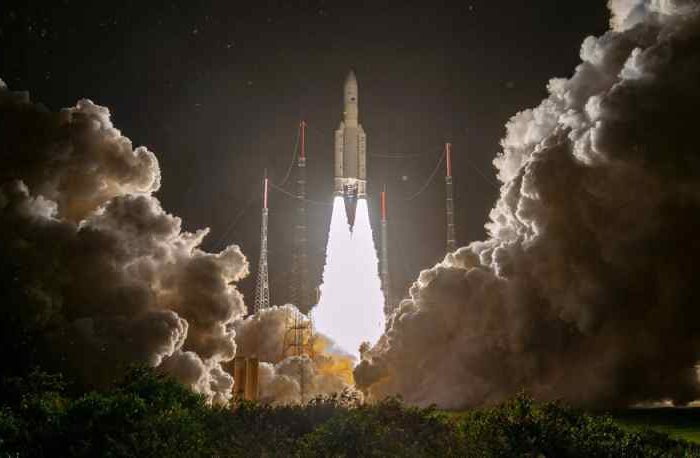 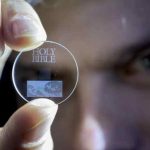