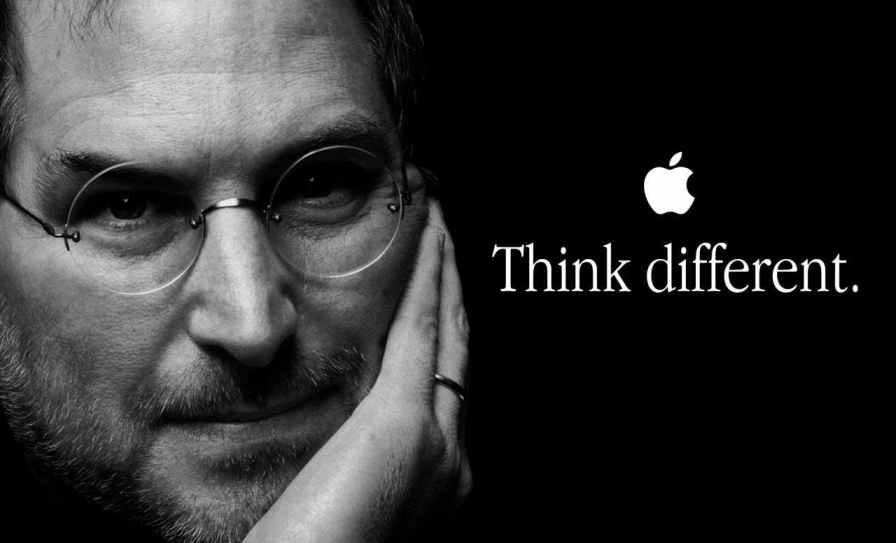 Steve Jobs was an inventor, entrepreneur and perhaps of the marketer in the world. In just a just 56 years, Steve Jobs managed to revolutionize the Personal computers, animated movies, music, phones, computing and digital publishing. Apple’s products have forever changed the way we live today. In this Unearthed video of the “Think Different” TV commercial, Steve Jobs discussed the fundamentals of Marketing and the importance of focusing on values.

Unlike his other appearances, this is the first time we see Steve Jobs actually wearing shorts and sandals and not the typical jeans and new balance shoes. His advice is as valuable today as it was back then. Startup founders could definitely learn from Steve Jobs’ wisdom.

You can watch the rest here. It’s as relevant today as it was 22 years ago.

Below is a transcript of the video:

“To me, marketing is about values. This is a very complicated world; it’s a very noisy world. And we’re not going to get a chance to get people to remember much about us. No company is. And so we have to be really clear on what we want them to know about us. Now, Apple fortunately is one of the half-a-dozen best brands in the whole world. Right up there with Nike, Disney, Coke, Sony, it is one of the greats of the greats. Not just in this country but all around the globe. And – but even a great brand needs investment and caring if it’s going to retain its relevance and vitality.

The dairy industry tried for twenty years to convince you that milk was good for you. It’s a lie but they tried anyway. And the sales were going like this. And then they tried Got Milk and the sales are going like this. Got Milk doesn’t even talk about the product – as a matter of fact it focuses on the absence of the product. But the best example of all and one of the greatest jobs of marketing that the universe has ever seen is Nike. Remember, Nike sells the commodity. They sell shoes. And yet when you think of Nike you feel something different than a shoe company. In their ads, as you know, they don’t ever talk about the product, they don’t ever tell you about their air soles and why they’re better than Reebok’s air soles.

That’s who they are, that’s what they are about.

Apple spends a fortune on advertising. You’d never know it. You’d never know it. So when I got here, Apple just fired their agency we’re doing a competition with twenty-three agencies that you know four years from now we would pick one and we blew that up and we hired Chiat-Day – the ad agency that I was fortunate enough to work with years ago. We created some award-winning work including the commercial voted the best ad ever made – “1984,” by advertising professionals. And we started working about eight weeks ago and the question we asked was: Our customers want to know who is Apple and what is it that we stand for? Where do we fit in this world? And what we are about isn’t making boxes for people to get their jobs done, although we do that well. We do that better than almost anybody in some cases. But Apple’s about something more than that.”

Apple at the core – its core value is that we believe that people with passion can change the world for the better.

That’s what we believe. And we had the opportunity to work with people like that. We have the opportunity to work with people like you, with software developers, with customers who have done it in some big and some small ways. And we believe that in this world people can change it for the better. And that those people who are crazy enough to think they can change the world are the ones that actually do.”

And so what we’re going to do in our first brand marketing campaign in several years is to get back to that core value. A lot of things have changed. The market is a totally different place than it was a decade ago and Apple is totally different. Apple’s place in it is totally different. And believe me, the products and the distribution strategy and the manufacturing are totally different and we understand that. But values and core values, those things shouldn’t change. The things that Apple believed in at its core are the same things that Apple really stands for today. And so we wanted to find a way to communicate this and what we have is something that I am very moved by it – it honors those people who have changed the world. Some of them are living and some of them are not, but the ones that aren’t, as you’ll see, we know that if they’d ever used a computer it would have been a Mac.

And the theme of the campaign is “Think Different”. It’s the people honoring the people who think different and who moves this world forward. And it is what we are about. It touches the soul of this company. So I’m going ahead and roll it and I hope that you feel the same way about it that I do.”

Below is a transcript of the ad:

Here’s to the crazy ones – the misfits, the rebels, the troublemakers, the round pegs in the square holes, the ones who see things differently. They’re not fond of rules. And they have no respect for the status quo. You can quote them, disagree with them, glorify or vilify them. But the only thing you can’t do is ignore them because they change things. They push the human race forward. And while some may see them as the crazy ones, we see genius. Because the people who are crazy enough to think they can change the world, are the ones who do. 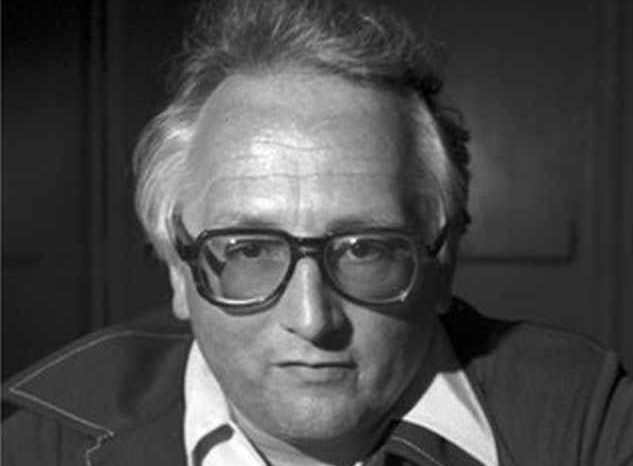 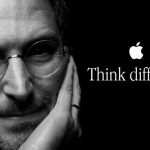