Good morning! Below are some of the top tech startup news for today, Thursday, November 21, 2019.

European startups score record funding in 2019, with most going to all-male founders. So far this year, European start-ups have raised over $34 billion in venture capital, according to research firm Atomico. The massive fundraise was boosted by a record number of mega-rounds — investments of $100 million or more. Buried beneath the good news is gender inequality. Only 8% of the funding goes to female-owned startups. The vast majority of it (92% to be exact) goes to companies with all-male founding teams.

TikTok hits 1.5 billion in downloads. TikTok, a mobile app developed by Chinese company ByteDance, hits a new milestone and surpassed the 1.5 billion download mark on the App Store and Google Play, according to new data published by SensorTower. Back in February, the third most popular among US teens, hit 1 billion downloads. Nine months later, the app garnered another 500 million downloads. To date, the app was downloaded 614 million downloads in 2019, which is 6% more than the same time in 2018. TikTok ranks third in 2019 behind WhatsApp and Facebook Messenger. According to SensorTower, India is responsible for most of TikTok’s downloads with 31% of unique installs (466.8 million), followed by China (11.5%) and the US (8.2%).

Finland-based startup Combinostics raises $4.3M to support early Alzheimer’s diagnosis by healthcare professionals. Combinostics, a Tampere, Finland-based healthtech startup that provides an intuitive and holistic view of the patient’s data, highlighting important relationships early on and supporting early diagnosis. has closed $4.3M (€3.9M) Series A funding round that will see the company scale its platform for early-stage Alzheimer’s diagnosis to the US and Asia. The round was jointly-led by Industrifonden and NordicNinja VC, with Combinostics representing NordicNinja’s fifth deep tech investment over the past 6 months. Founded in 2014 in Tampere, Finland, Combinostics’ mission is to support healthcare professionals in the diagnosis and treatment of neurodegenerative diseases with the overall goal to improve patient quality of life in later years.

PayPal to buy Honey Science, for about $4 billion. Payments giant PayPal just announced it’s acquiring Honey Science, a Los Angeles-based technology platform for shopping and rewards, for about $4 billion. Founded in 2012, Honey is a discovery tool for consumers to find savings as they shop online. Its suite of products and services include a mobile shopping assistant, offers and rewards program, and price-tracking tools and alerts. The acquisition will enable PayPal to offer better shopping experience for its consumers while increasing sales and customer engagement for its merchants. The combined company will help accelerate growth across both companies. Honey will accelerate its growth by driving adoption among PayPal and Venmo’s more than 275 million active consumer accounts and sourcing offers from PayPal’s network of 24 million merchant accounts.

Celonis, a tech startup that started out as a college project by three friends, raises $290 million at $2.5 billion valuation. Celonis, a Munich and New York-based provider of AI-enhanced Process Mining and Process Excellence software, raised approximately $290m in Series C funding to strengthen its U.S. and global sales and marketing efforts as well as to expand the platform. The round, which was led by Arena Holdings with participation from Accel, 83North, and others, now values the startup at $2.5 billion. To date, the startup has raised a total of $370 million in funding. Founded in 2011 by Alexander Rinke, Bastian Nominacher, and Martin Klenk, Celonis designs an intelligent big data technology that analyze and visualizes every process in a company.

Israeli cybersecurity startup Perimeter 81 secures $10M to grow its “Network as a Service” platform. Perimeter 81, a Tel Aviv, Israel-based cybersecurity startup we wrote about back in March, has closed $10 million Series A investment round to expand its network as a service platform. The startup also announced it has signed a partnership agreement with SonicWall, a 28-year old security company that defends small and medium businesses, enterprises and government agencies worldwide. Founded in 2018 by two IDF elite intelligence unit alumni, CEO Amit Bareket and CPO Sagi Gidali. The team of security as a service experts comes together every day to deliver a truly innovative, world-class network security service. Perimeter 81’s clients range from SMB to include Fortune 500 businesses and industry leaders across a wide range of sectors, and its partners are among the world’s foremost integrators, managed service providers and channel resellers.

Apple News+ subscriber growth stalls after signing on 200,000 subscribers in just 48 hours. Apple is a well-known brand. Even with its popularity, the tech giant failed to gain traction for its recently launched Apple News+. Back in March, the company quickly got 200,000 subscribers within 48 hours of launch. That later fizzled out as the company has struggled to add new customers. According to people familiar with the matter, Apple hasn’t been able to attract substantially more users since its launch. News+ provides a subscription to more than 300 magazines and newspapers for $9.99 a month. Apple Music launched in 2015 already has 60 million subscribers. Publications on News+ such as New York Magazine, The Los Angeles Times and Vox may be able to reach significantly more readers if bundled. 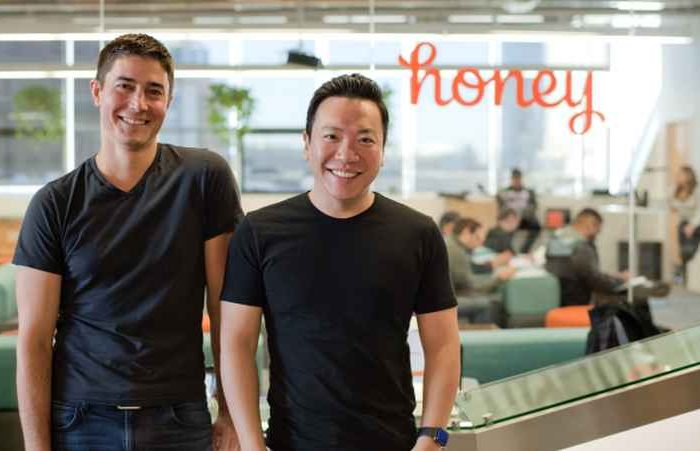 PayPal to acquire shopping and rewards startup Honey for $4 billion