Good morning! Below are some of the top tech startup news for today, Monday, October 14, 2019.

WeWork opens new locations at breakneck speed despite cash-burn concerns. In an effort to generate new revenue, real estate startup WeWork has opened almost as many new locations in the last 3-1/2 months as it did in the whole first half of this year, likely accelerating the speed with which the office-sharing company is burning through cash as increasingly hard-nosed investors scrutinize its prospects for going public. According to to the prospectus that was issued in August, WeWork has only about $2.5 billion of cash on hand as of June 30. WeWork will run out of money in the second quarter of next year if the company’s current trajectory doesn’t change, according to research by AllianceBernstein.

Uber buys Latin America grocery delivery startup Cornershop. Undeterred by lack of profitability, ride-hailing giant Uber is buying a majority ownership stake in Latin America grocery delivery startup Cornershop. The startup currently operates in Chile, Mexico, Peru and Toronto. The financial term of the deal was not disclosed. The deal, expected to close in 2020, could help strengthen Uber’s revenue in Latin America, which fell 24% year-on-year in the second quarter of 2019, while revenue from its other regional segments increased. Founded in 2015 by Daniel Undurraga, Juan Pablo Cuevas, and Oskar Hjertonsson, Cornershop is an on-demand grocery delivery service for the Latin American market. The platform allows shoppers to find and buy groceries online from different supermarkets and specialty stores and have them delivered straight to their homes.

“Study the Great Nation” or “Xuexi Qiangguo,” a Chinese app pushing President Xi’s ideology has ‘backdoor’ that could let Beijing snoop on users, report says. An app promoting Chinese leader Xi Jinping’s ideology has flaws that could potentially allow Beijing to control hundreds of millions of users’ smartphone, a new report claims. “Study the Great Nation” or “Xuexi Qiangguo” in Chinese had code “resembling a backdoor,” Cure53 and the Open Technology Fund found. The research implicated Alibaba in allowing the “backdoor” in the app, but the Chinese technology giant denied such a flaw existed.

Hiro Capital launches a $110 million fund, to back the future UK and EU startups in the global games, esports and digital sports space. Hiro Capital, a venture capital firm that invests in European and UK innovators in the Games, announced the launch of a $110 million (€100 million) Fund, to back future UK and EU leaders in the global Games, Esports and Digital Sports space. Leading a team with more than 100 years collective experience in these sectors, the Partners will use the fund to accelerate the growth of about 20 UK and European Games and Sports innovators. Hiro Capital generally invests at the post-seed stage, at Series A and B. The fund will back deep technology entrepreneurs and creative studios in Games, Esports and Digital Sports and in sector-specific applications of Cloud, Mobile, Streaming, Big Data, AI, Wearables, AR and VR technologies.

Facebook libra backers dropped out because the project is ‘not ready’ to meet regulatory standards; U.S. Treasury Secretary Mnuchin says. In a blow to Facebook, Visa, Mastercard, Stripe, eBay and Mercado Pago joined PayPal in announcing they would no longer be part of Facebook’s libra cryptocurrency. Treasury Secretary Steven Mnuchin says he told libra representatives he would take action if the cryptocurrency didn’t meet regulatory standards. Mnuchin thinks some libra backers “realized that they’re not ready, they’re not up to par,” according to a report CNBC, citing the Treasury Secretary. The loss of five payments companies could be a particularly large blow to the project, which is already facing scrutiny from governments around the world.

UK-based biotech startup Mogrify raises additional $16 million to transform the development of life-saving cell therapies. Mogrify, a UK-based biotech startup aiming to transform the development of life-saving cell therapies, announced it has closed additional $16 million in Series A funding. The round, which brings the total investment raised to date to over $20 million, will be used to support internal cell therapy programs, and the development and out-license of novel IP relating to cell conversions of broad therapeutic interest. The funding round was led by existing investor Ahren Innovation Capital (Ahren), an investment fund co-founded by leading UK scientific entrepreneurs, supporting transformational companies at the cutting edge of deep science and deep tech.

SoftBank is reportedly seeking to take control of WeWork through a financing package. As WeWork saga continues, SoftBank, which already owns one-third of WeWork, is aiming to invest several billion dollars in additional equity and debt in the company, , The Wall Street Journal reported, citing people familiar with the matter. The potential deal would shift Neumann’s already diminished voting power to the Japanese conglomerate, WSJ said.
The potential deal would ease WeWork’s cash crunch and further sideline co-founder Neumann.

Latent AI secures $3.5 million in seed funding. Latent AI, an AI processing startup for smart edge, has closed $3.5 million in seed funding. The round was led by Future Ventures. Founded in 2012 by Jags Kandasamy, Co-Founder and CEO, and Sek Chai, Co-Founder and CTO, Latent AI takes the hard work out of AI processing on the edge. Latent AI’s LEIP platform brings AI to the edge by optimizing for compute, energy and memory without requiring changes to existing AI/ML infrastructure and frameworks. Latent AI is dedicated to building solutions that enable the adaptive edge to transform AI processing. Its platform provides a modular, fully-integrated workflow platform designed to train, quantize and deploy edge AI neural networks. 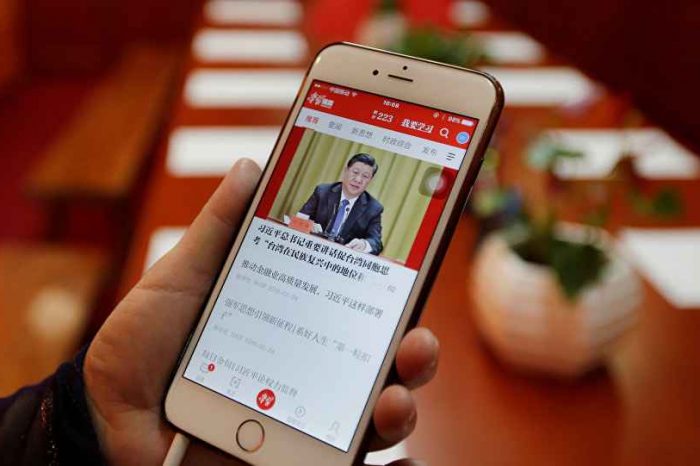