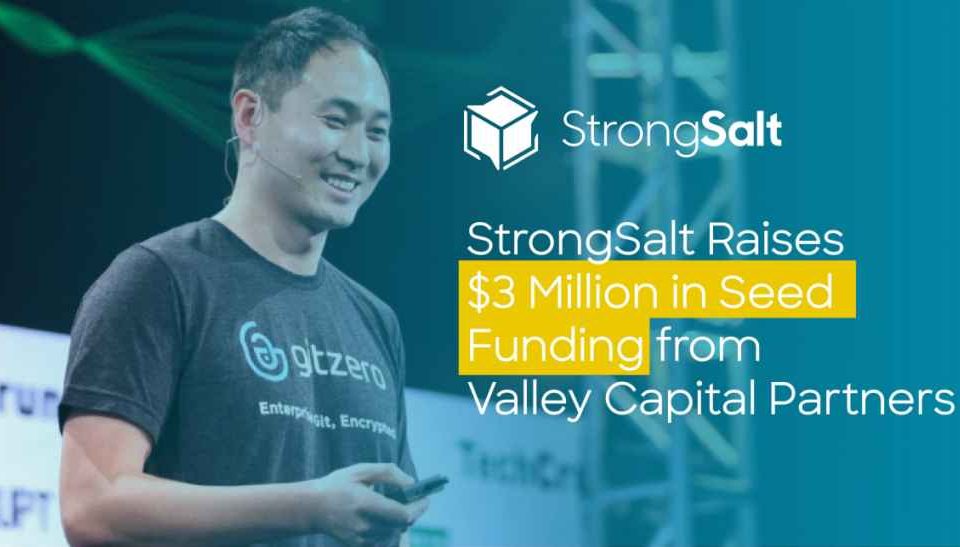 StrongSalt  a SaaS startup started the former founding engineer of publicly traded cybersecurity company, FireEye, has closed $3 million in seed round of financing from Valley Capital Partners. With three encryption-related patents secured from the United States Patent and Trademark Office, StrongSalt will be deploying the new capital injection to further develop its encryption platform-as-a-service for developers and enterprises.

In conjunction with the funding, StrongSalt also announced that Steve O’Hara and Raymond Choi of Valley Capital Partners will be joining the company’s board of directors. StrongSalt is planning to release its encryption API platform via Amazon Marketplace in Q4 during the AWS re:Invent 2019 conference in Las Vegas, Nevada.

Founded by Ed Yu, the former founding engineer of publicly traded cybersecurity company FireEye, StrongSalt is an encryption platform as a service to help build a new privacy infrastructure for the internet. StrongSalt is solving the fundamental problem of data privacy by building the world’s first always-on searchable encryption infrastructure through APIs that are simple enough for any developer to use, yet secure enough to power the world’s most demanding applications.

Driven by data breaches and hefty fines imposed through the European Union’s Global Data Protection Regulation (GDPR) and the California Consumer Protection Act (CCPA), the conversation around data privacy has intensified, creating global demand for more transparency and accountability. The challenge: to keep personal data private and defend against theft, fraud and abuse, it must be encrypted when it’s shared and stored. But many organizations do not “turn on” encryption because of the friction and complexity it causes, rendering the data unsearchable, unsharable – and ultimately unusable.

“Every data breach has one thing in common: the data was not encrypted. Existing current data management ecosystem is a hackers delight causing trillions of dollars in damage to businesses while exposing consumers,” said Ed Yu, Founder and CEO of StrongSalt. “We are veterans in enterprise security technology who were tired of seeing the old ‘wall and alert’ model of security repeatedly fail businesses. We decided that instead of looking at the problem from the outside in, we would build privacy from inside out.”

StrongSalt is an encrypted search and share protocol that offers the first-ever API platform for developers to ‘bake’ privacy into existing applications and workflows. Powered by blockchain technology, StrongSalt’s APIs are blockchain agnostic and open to both permissioned and permissionless models. The protocol’s five-layer abstraction model characterizes secure and private data sharing functions served by an immutable and trustless distributed ledger.

“StrongSalt’s encryption solution is one of the most advanced and easily integrated systems we’ve seen,” said Raymond Choi, General Partner at Valley Capital Partners. “Currently, businesses have to sacrifice security for usability. Because StrongSalt’s innovative platform allows for complete data searchability without giving up sensitive information, it’s taking the stress off data management from businesses who can ill afford to drop the ball from being hacked.”

“StrongSalt promises to do for data privacy what Stripe has done for payments and Twilio has done for communications,” added Tony Scott, Tony Scott Group, former Federal Chief Information Officer and former CIO at VMWare, Microsoft and the Walt Disney Company. 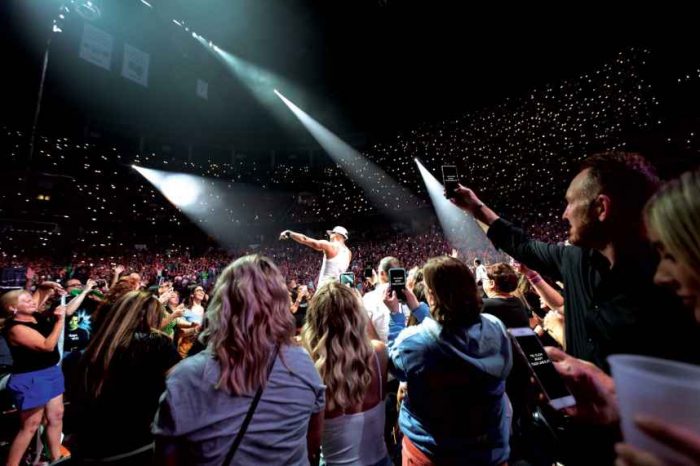 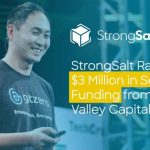