Good morning! Below are some of the top tech startup news for today, Monday, July 8, 2019.

A new study finds connections between Huawei staff and Chinese intelligence. A new study shows deeper links between Huawei, a Chinese multinational technology company that provides telecommunications equipment, and China’s military and intelligence bodies than previously acknowledged by the technology giant. The research, conducted by Christopher Balding, an associate professor at Fulbright University Vietnam, and London-based conservative think tank Henry Jackson Society, studied 25,000 leaked Huawei resumes and found troubling links to the government and spies. In the study, one resume describes an individual who held a dual role at Huawei and an organization linked to the Chinese People’s Liberation Army. Huawei said it was unable to verify the Huawei employee resumes cited by the research paper and said the study had many “speculative statements.” Just last month, Huawei lost a trade-secrets lawsuit to US-based CNEX Labs, a microchip startup company backed by Microsoft and Dell.

The Rockefeller Foundation launches new climate and resilience initiative with an initial $8 million commitment. The Rockefeller Foundation, a non-profit organization committed to promoting the well-being of humanity throughout the world, today announced a new Climate and Resilience initiative, which will focus on market-changing opportunities that increase climate and resilience capital flows into solutions and projects that improve the lives of the world’s most vulnerable people. As part of the initiative, the foundation is committing an initial $8 million to continue supporting global network of cities and chief resilience officers. The initiative will be led by Elizabeth Yee, Managing Director, who joins the Rockefeller Foundation from 100 Resilient Cities (100RC) after serving as the organization’s Vice President of Resilience Finance.

NeuroBlade secures $23 million in Series A funding to bring its AI chip to market. NeuroBlade, an Israeli startup developing an AI inference chip for data centers and end-devices, closed a $23m Series A financing round to scale operations and expand its dev efforts to bring its AI chip to market. The round, which brought total funding raised to date to $27.5m, was led by Marius Nacht, with participation from new investor Intel Capital and existing backers StageOne Ventures and Grove Ventures. Founded in 2017 by Elad Sity, CEO, and Eliad Hillel, and VP Product Strategy and CTO, NeuroBlade builds high performance solutions for the AI market while lowering costs and power consumption. Its small size chip is designed to to meet the specific needs of AI workloads and run AI algorithms targeted at servers, laptops, cars, and cameras. 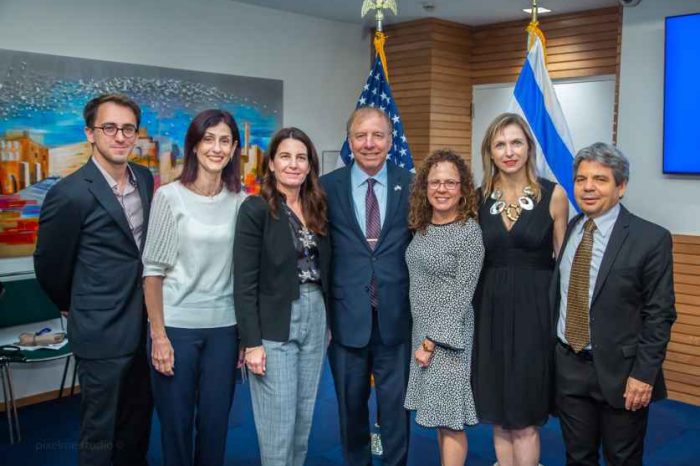