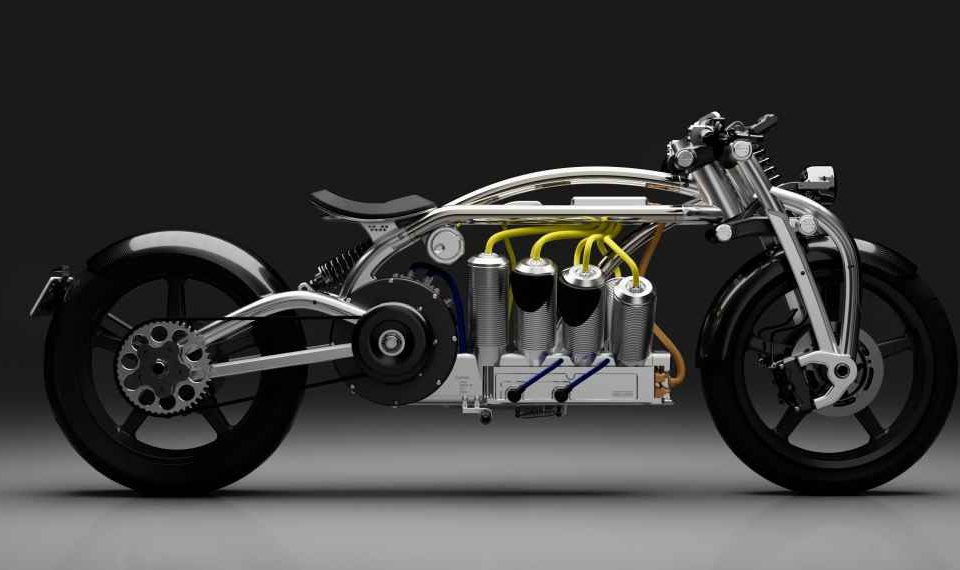 After many months of quiet anticipation, Curtiss Motorcycles, America’s most innovative luxury motorcycle maker, finally emerged from stealth with impressive updates to its core design and technology direction, as well as its brand identity and website.

Perhaps the most striking indicator of the startup company’s progress is the newly re-imagined Zeus model, which showcases an all-new skeletal space frame anchored to a unique powertrain architecture inspired by Glenn Curtiss’ legendary 1907 V8 motorcycle — the machine that set a world speed record of 136 mph, which stood for over 20 years and earned Mr. Curtiss the moniker, “The Fastest Man on Earth.”

The Leeds, Alabama-based startup recently launched an equity crowdfunding campaign through WeFunder to accelerate production of its innovative battery electric motorcycles. With about 28 days to go, the startup has raised $351,886 of a $100,000-$1,070,000 goal from 182 investors.

“We’re grateful for the 150+ visionaries that have joined us so far as we lead the growing premium all-electric motorcycle market,” Curtiss CEO and Chairman Matt Chambers said. The company stated that its goal is to uplift to either NASDAQ or the upcoming Long Term Stock Exchange (LTSE).

“With the battery cells packaged inside eight cylindrical towers configured in a flaring radial ‘V’ pattern, we’re not only able to tap into Glenn’s iconic V8 form language, but we’re also able to achieve maximum battery cooling efficiency. In this case, there exists no compromise between form and function,” Curtiss Designer Jordan Cornille said about the new electric “V8” powertrain.

Power from those eight electron-filled cylinders flows through a proprietary controller and motor package co-developed with British engineering firm YASA. While the Zeus Radial V8 powertrain is still being optimized, Curtiss estimates power output of 217HP and 147 lb-ft of immediate torque. Battery capacity is projected to be 16.8 kWh at 399V. When it enters production in 2020, the Curtiss Zeus Radial V8 motorcycle will sell for $75,000 USD and serve as the brand’s first entry into the hyper-luxury motorcycle space. Successive model releases will occupy more accessible product categories.

To accompany the new design and technology advancements, Curtiss has launched a new website and identity system built upon the first principle of authenticity. The new logo represents the four divisions of the company: Zeus, Hades, Psyche and Eros. These four divisions compete amongst each other internally, eternalizing Curtiss creative energy. This energy results in a logo that cannot be held in stasis as the four hot rod gods push and pull in their quest for design and sales dominance. 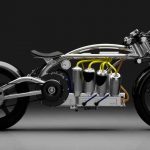