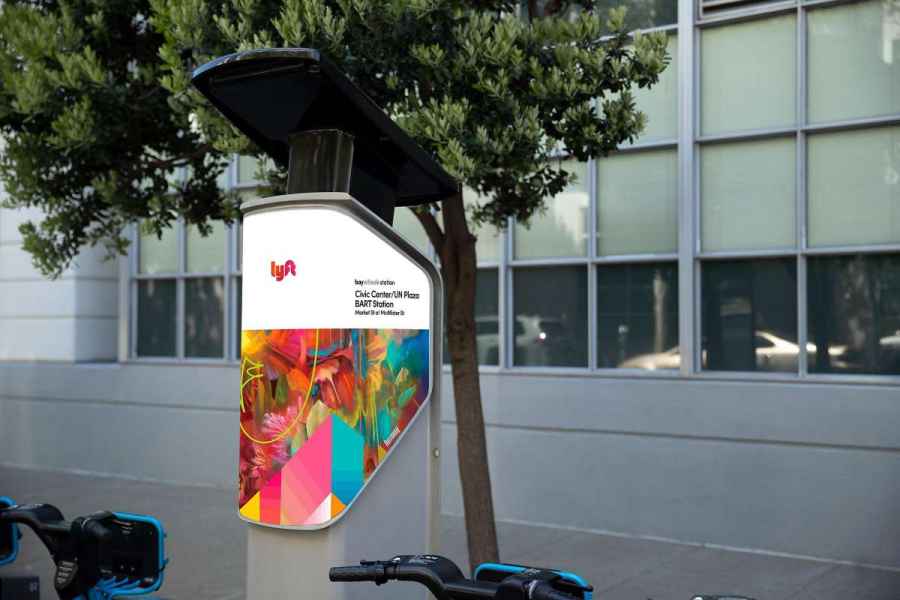 Good morning! Below are some of the top tech startup news for today, Tuesday, June 11, 2019.

Lyft rebrands its street-rented bikes Ford GoBike as Bay Wheels. Lyft is retiring the Ford GoBikes to a more appropriate name for its Bay Area bike-sharing program. The ride-hailing giant announced its rebranding and changing the color of its Ford GoBikes. Unlike the old blue color, the Bay Wheels’ pedal-driven bikes will now be covered in colorful artwork designed and created by local artists such as Oakland’s Hueman, while the electric bikes will have black wheels with a splash of Lyft’s signature pink hue. Riders in San Jose will see the bikes beginning today, and Lyft plans to bring them to San Francisco and the East Bay later this month.

Genome Medical raises $23 million in Series B financing. Genome Medical, a San Francisco, Calif.-based nationwide telegenomics company providing genomic-based medicine, raised $23m in Series B financing to scale its team of clinical genomics specialists delivering services to health care systems, providers and patients and accelerate development of its proprietary genomic care delivery platform. The round was led by Echo Health Ventures, a strategic collaboration of Cambia Health Solutions and Mosaic Health Solutions, with participation from new investors. Genome Medical has now raised a total of $46 million since its inception in 2016.

Analysis says Google made $4.7 billion revenue from news sites last year, study finds. Google earned $4.7 billion from news sites in 2018, according to new research from the News Media Alliance, a trade association representing newspapers in the U.S. and Canada. The revenue estimate includes news content on Google Search and Google News. According to the study, news content makes up between 16 percent and 40 percent of Google results. To put this in perspective, Google’s news content revenue is only $400 million less than the $5.1 billion the entire U.S. news industry brought in from digital advertising in 2018. The impact of Google news has grown over the decade. In 2009, Google news only has 24 million monthly unique visitors in the U.S., less than half the number visiting CNN and The New York Times. By May 2018, that number had reached 150 million, nearly double that of CNN and the Times.

Fireblocks emerges from stealth with $16 million in funding to securely transition digital assets to blockchain. Fireblocks, a blockchain security service provider and an enterprise platform for securing digital assets in transit, emerged from stealth mode with $16 million in Series A funding from Cyberstarts, Tenaya Capital, Eight Roads (the proprietary investment arm of Fidelity International), Swisscom Ventures and MState. Founded just last year by Michael Shaulov and Pavel Berengoltz, whose mobile security company Lacoon Mobile Security was acquired by Check Point, and Idan Ofrat, the VP R&D of C4 Security which was acquired by Elbit Systems, Fireblocks aims to eliminate the root cause of digital asset hacks and scams.

Social shopping app Depop closes a massive $62 million round. Depop, a peer-to-peer social shopping app, has $62 million to outsell other second-hand clothes companies. With more than 13 million users, the  London-based startup is one of several peer-to-peer platforms powering a growing market at the intersection of second-hand shopping and social media. Depop’s platform is designed to connect 2 individuals, replacing the impersonal relationship between buyer and seller with social experience. Founded in 2011, Depop provides a mobile application that allows users to buy, sell, and discover fashion from the most inspiring community of creatives in the world.

Facebook wants to pay users to install an app that tracks their app usage. Are you ready to trade your privacy for dollars? Facebook announced Tuesday Study, a new app that is designed to give Facebook data on how people use their smartphones in exchange for an undisclosed amount of money. The app is designed to give Facebook data on what apps participants install, how much time they spend on those apps, what features they use on those apps, what country they’re in, and type of device and network they’re using. The app is part of Facebook Study program that helps the company learn which apps people value and how they’re used. 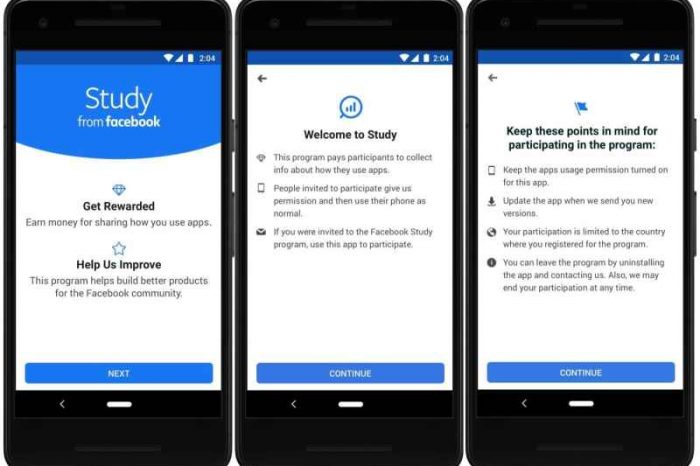 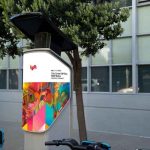