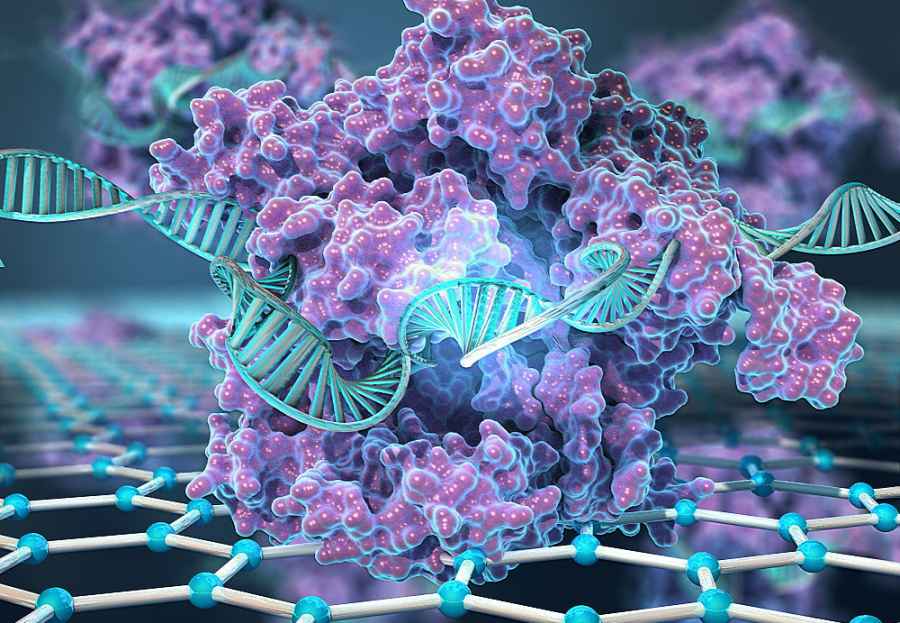 Researchers have found multiple applications for the CRISPR (Clustered Regularly Interspersed Short Palindromic Repeats) gene editing technology since it came into use by the scientific community. Keck Graduate Institute (KGI) Assistant Professor and University of California, Berkeley Visiting Scientist Kiana Aran is the first to combine the power of CRISPR’s nucleic acid targeting with the ultra sensitivity of graphene, making it possible to digitally detect DNA without amplification.

Founded in 1997, KGI is the first higher education institution in the United States dedicated exclusively to education and research related to the applied life sciences. KGI offers innovative postgraduate degrees and certificates that integrate life and health sciences, business, pharmacy, engineering, and genetics, with a focus on industry projects, hands-on industry experiences, and team collaborations.

“The innovation is to bring the two together as a capture mechanism. Our system does not use amplification; instead, it relies on CRISPR’s genome-searching capability and graphene’s sensitivity,” explains Aran, who led the multi-university research team responsible for the work described in the paper “CRISPR-Chip: A CRISPR-based Graphene-enhanced Field Effect Biosensor for Electronic Detection of Unamplified Target Genes,” which was published in the journal Nature Biomedical Engineering on March 25.

Aran’s novel system immobilizes the CRISPR complexes on the surface of graphene-based transistors. These complexes search a genome to find their target sequence and, if the search is successful, bind to its DNA. This binding changes the conductivity of the graphene material in the transistor, which detects the change using a handheld reader developed by Aran’s industry partner, San Diego-based Cardea Bio.

“What Kiana does is an application we hadn’t thought about before—that no one thought about before. It shows the potential of a graphene biosensor that no one knew was even possible,” says Brett Goldsmith, Cardea’s chief technology officer and cofounder. “To detect DNA without amplification is so shocking, so futuristic. This will skip several generations of technology development.”

Aran and her research colleagues demonstrated the system’s effectiveness by testing for the digital detection of DNA mutations in Duchenne Muscular Dystrophy, a genetic disorder that results in progressive muscle degeneration and shortened life expectancy.

“We have shown that our system is sufficient for genetic mutation testing. Now we need to enhance the system to detect infections,” says Aran. “We’re also evaluating CRISPR-Chip for detection of single-point mutations.”

Aran notes that the system, which enables users to run a test in less than an hour, has potential applications beyond diagnostics. She explains that these include multiplexing capabilities to run hundreds or thousands of tests at the same time. Another potential application is for quality control purposes within companies that use CRISPR for therapeutics; the system could enable them to better evaluate the efficiency of the CRISPR technology.

“I look at everything through the lens of electronics. It’s important to think about electronic biosensors because that is where I believe biological analysis is heading,” says Aran, who is now exploring avenues to commercialize the system. “My goal is to integrate fast-growing electronics technologies with modern biology not only to develop better diagnostic tools, but also to gain a better understanding of biological events using nanoscale electronics devices.”

This work was primarily supported by Keck Graduate Institute Start-up funding to the Aran Lab, by the Rogers Family Foundation, and by an Open Philanthropy Research Gift. 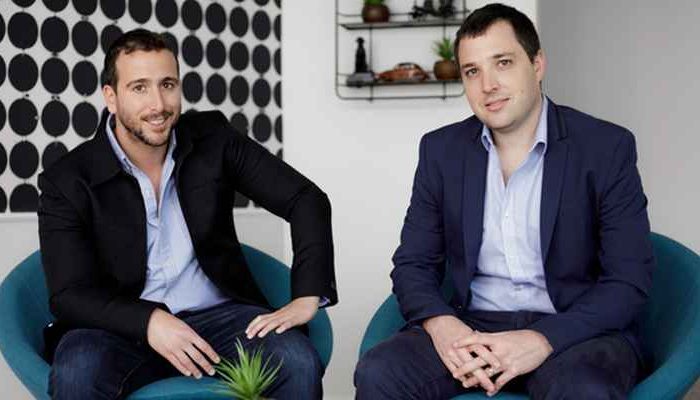 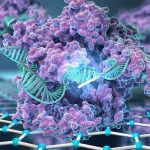