Good morning! Here are some of the top technology startup news stories for today, Monday, February 4.

Tesla to acquire energy and battery tech company Maxwell Technologies for about $218 million. Tesla plans to acquire energy technology company Maxwell Technologies for about $218 million, the company said Monday. Founded in 1965 by Alan Kolb, Bruce Hayworth, Raymond C. O’Rourke, and Terrence C. Gooding, Maxwell Technologies develops, manufactures and marketsenergy storage and power delivery solutions for automotive, heavy transportation, renewable energy, backup power, wireless communications and industrial and consumer electronics applications as well as for radiation-hardened microelectronic components and systems for satellites  and spacecraft. Maxwell makes ultracapacitors, devices that can store and rapidly deliver surges of energy. Tesla CEO Elon Musk is a fan of the technology for electric cars. Musk has said in the past the technology could be a more likely source of a breakthrough in electric vehicle technology than batteries.

6-month-old AI recruitment startup Curious Thing raises $1.5 million to expand its technology team and improve product development. Curious Thing, a Sydney, Australian-based AI startup, has raised $1.5 million to expand its technology team and improve product development. The round was  led by Qualgro and Reinventure Group. Founded in 2018 David McKeague, Dr Han Xu, and Sam Zheng, Curious Thing is conversational AI company for Digital Interviewer based in Sydney, Australia. It is powered by state-of-the-art Machine Learning and NLP technologies to deliver next-generation hiring solutions with true intelligence and scalability. It’s mission is to enable AI to discover and learn new knowledge from humans by asking purposeful questions. Its technology is currently applied in the job interviewing and hiring process, where a digital interviewer conducts voice-based interviews on behalf of hiring managers. Curious Thing’s technology also conducts post-interview.

Goldman Sachs and HSBC invest $20m in Bud, a fintech startup trying to make banks more like Apple. Bud, a fintech startup that connects people, banks and service providers to make money simple for everyone, announced on Sunday, via a blog post on Medium, that it has received $20 million in series A funding from a number of major financial institutions, including HSBC and Goldman Sachs. “This investment,” said Bud CEO and Co-Founder Edward Maslaveckas, “by HSBC, Goldman Sachs, Banco Sabadell, ANZ and Investec — as well as some fantastic VC partners in the form of 9Yards Capital and Lord Fink, the former CEO of the hedge fund Man Group — is proof that we’re going in the right direction.” Founded in 2015 by Edward Maslaveckas and George Dunning, Bud is the financial network combining APIs & Data to create a new species of connected experiences. Bud aims to simplify the average person’s banking experience. Maslaveckas came up with the idea when he had to use three different applications in order to access cash abroad.

A little-known New York City-based startup Enigma is creating a real-time data map of the global economy; now valued at $750 million with PayPal as one of its clients. Enigma is a New York City-based startup on mission to empower people to interpret and improve the world around them. Enigma was founded  Hicham Oudghiri and Marc DaCosta. After the recent Federal government shutdown, Enigma tabulated the rising costs in real time on a website it threw up called Government Shutdown 2018–2019 to show the cost to the US economy. To pull this off, Enigma searched the Office of Management & Budget’s contingency plans for 109 federal departments. It also tapped FederalPay.org for average salaries and worker counts for 46 agencies. In all, it combed through 2,000 pages and 2 million spreadsheet rows of federal data to create the tracker, according to a report from Forbes. From idea to launch, the effort took three Enigma number crunchers a total of 36 hours. Now Enigma is attracting new clients, notably BlackRock And PayPal and many others. Enigma’s valuation is $750 million, with revenues pushing $30 million annually, the company having doubled its customer base in 2018, according to Forbes.

Aire raises $11 million in Series B funding to accelerate growth and support US expansion. As we reported this morning, Aire, a fintech startup which aims to make credit fairer for consumers, and more valuable to lenders, has successfully closed $11 million in Series B round of funding to support a rapid growth phase including investment in its credit insight engine and expansion in the US. The funding was led by by leading European enterprise investor Crane Venture Partners with strategic investments from Experian Ventures and Orange Digital Ventures. The new round of investment follows the $5.5 million Series A raised in July 2017 led by White Star Capital and Sunstone Capital, who also joined this round. This new funding milestone comes two years after Financial Conduct Authority (FCA) approval and growth into a 40 person team. To date, Aire has scored $10 billion in credit, seeing credit approvals increase by up to 19% without increasing risk appetite.

Instagrid raises 7-figure Euro in new capital to bring the product to the market. Instagrid, a Stuttgart, Germany-based provider of mobile power infrastructure, has raised a seven-figure euro funding round to bring the product to the market. The round was led by High-Tech Gründerfonds (HTGF) with participation from Segnalita Ventures GmbH from Austria and the Swiss Martin Global AG. Founded on January 1, 2018 by Dr. Sebastian Berning and Dr. Andreas Sedlmayr, instagrid specializes in the development of portable battery storages. To reduce the size and weight of the energy source, the company has developed a “Software defined Battery” technology with a modular design.  The startup offers users a mobile power supply for working at temporary locations.

Catalytic lands $30M in Series B funding to expand its engineering, sales, and operations. Catalytic, a tech startup that provides SaaS intelligent automation platform, has raised $30m in Series B financing to expand its engineering, sales, and operations. The round was led by Intel Capital, with participation from Redline Capital and existing investors NEA, Boldstart, and Hyde Park Angels. Founded in 2015 by Sean Chou, CEO and Co-Founder, the Chicago, Illinois-based Catalytic’s signature product, Pushbot, focuses on improving team performance in business operations. Catalytic provides a SaaS based intelligent automation platform that can remove manual data processing tasks. The platform has 200+ actions that enable business users to build an intelligent automation layer to process data, documents, emails, web sites, and systems by coordinating people, bots, and AI. Its customers include global enterprises such as Bosch, Dentsu Aegis Network, Mayo Clinic, and UL. In addition to reducing manual effort, it shortens cycle time and improves accuracy to nearly 100%.

Malaysian dating app Sugarbook.com raises six-digit seed round. Malaysia-based “Sugar Daddy” dating app Sugarbook.com has raised a six-digit seed round from an angel investor. The angel investor comes from an investment banking background from a Hong Kong venture capital firm. According to Sugarbook, the proceeds will be used to scale and develop its product and infrastructure. It aims to attract more sugar babies and daddies on its platform from Hong Kong and Bangkok. It also aims to expand to three or four more countries by 2020. Founded in 2017, Sugarbook has 300,000 members on its platform, with users spanning across 60 countries including Malaysia, Singapore, the Philippines and the US. The company generates revenue from monthly subscriptions and packages for sugar babies and daddies. 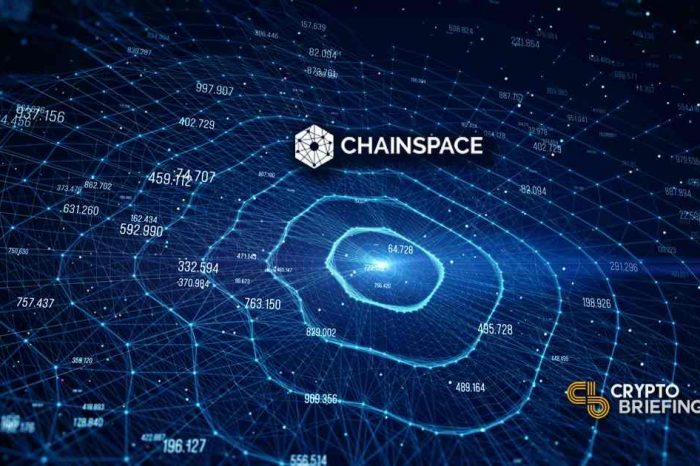