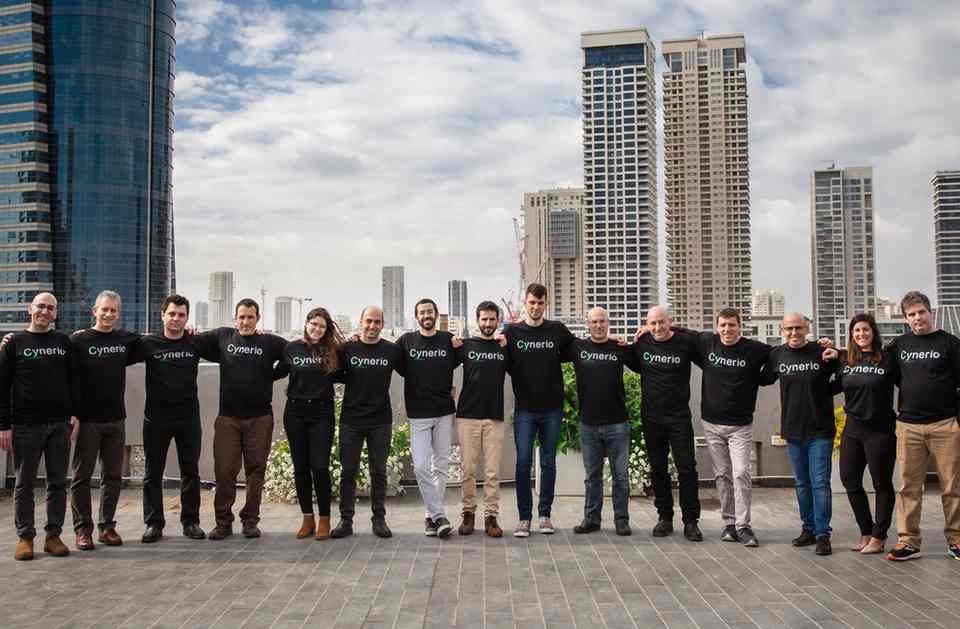 Good morning! Here are some of the top technology startup news stories for today, Wednesday, January 9.

IoMT provider startup Cynerio raises $7 million seed round to drive US market development. Cynerio, a Tel-Aviv Israel Medical device and Internet of Medical Things (IoMT) provider, has secured a $7 million funding round to fuel growth in North America for its 100% healthcare focused cyber security platform. Backers include global VCs, Accelmed, a leading investment firm focused on value creation for medical device companies and technologies, RDC (a joint venture between Elron and Rafael), which invests in exceptional medical device and cybersecurity companies and MTIP, a leading venture capital firm who is an expert in digital health. Founded in 2017 by Daniel Brodie and Leon Lerman, Cynerio develops a platform that enables healthcare providers to secure patient data and connected medical devices against cyber threats.

Consumer Technology Association (CTA) unveils new $10 million investment fund aimed at promoting diversity, women, and other underrepresented startups and entrepreneurs. As we reported earlier this morning, the president and CEO of the U.S. Consumer Technology Association (CTA) used the forum to remind attendees and participants about the need for technology industry to promote diversity. Speaking at the event, Gary Shapiro, president and CEO of CTA, said: “Various research reports indicate diverse teams make better decisions and achieve greater profits.” As part of the organization’s commitment to this goal, Gary Shapiro said CTA will invest $10 million in venture firms and funds focused on women, people of color and other underrepresented startups and entrepreneurs. CTA represents more than 2,200 consumer technology companies in the United States, mostly small businesses and startups.

TaxJar closes $60 million in Series A funding round to accelerate growth. TaxJar, a Boston, MA-based sales tax automation startup company for eCommerce businesses and developers, closed a $60 million growth equity round of funding to continue to aggressively hire and expand its 100% remote team of nearly 60 in addition to accelerating product development, research, and go-to-market for their new mid-market offering, TaxJar Plus. The round was by Insight Venture Partners. TaxJar’s most recent funding was a $2 Million Series Seed round led by Rincon Venture Partners and Daher Capital in 2014, which allowed TaxJar to reach profitability in 2016. Founded in 2013 Mark Faggiano, TaxJar is the leading technology solution for busy eCommerce sellers to manage sales tax and is trusted by more than 15,000 businesses and developers. Their mission was to help eCommerce merchants spend less time on sales tax and more time growing the businesses they love.

Jeff Bezos, Amazon CEO worth $137 billion, to divorce wife of 25 years. Jeff Bezos, the world’s richest man and the founder of Amazon, is  divorcing his wife of 25 years just three days before his 55th birthday. The announcement came in a tweet signed by both of them. The couple last year launched a charitable fund together, dubbed the Day One Fund. The joint statement Wednesday suggests they will continue to work together on that effort. “We want to make people aware of a development in our lives. As our family and close friends know, after a long period of loving exploration and trial separation, we have decided to divorce and continue our shared lives as friends,” the tweet says.

Venture capital firm Mayfield adds Patrick Salyer, former portfolio CEO from Gigya, as partner. Mayfield, a Menlo Park, California-based global venture capital firm which was founded in 1969, has appointed Patrick Salyer as an enterprise partner, bringing its team to seven investors. Salyer is a former portfolio CEO from Gigya, acquired by SAP, and will focus on partnering with entrepreneurs building enterprise-focused companies.  Salyer has a decade of enterprise software leadership experience, including serving as CEO of Gigya, a customer identity and access management leader, for seven years. He became the general manager of the SAP Customer Data Cloud after overseeing the acquisition of Gigya in 2017. During his tenure at Gigya, the company raised more than $100m in capital, navigated multiple product pivots, established a new category, scaled to more than 700 customers and more than 300 employees. Mayfield is a global venture capital firm with over $2.7 billion under management. Since its founding in 1969, the firm has invested in more than 530 companies resulting in 116 IPOs and more than 200 mergers or acquisitions, including Moat (acquired by Oracle), Servicemax (acquired by GE), Elastica (acquired by Symantec), Marketo (IPO, then acquired by Vista Equity Partners), Qunar (IPO), and SolarCity (IPO, then acquired by Tesla).

Apple is signaling a move beyond hardware, generated $100 billion in non-iPhone revenue in last fiscal year alone. Apple generated $100 billion in revenue in its last fiscal year that was not tied its flagship product, the iPhone, CEO Tim Cook told CNBC on Tuesday in a wide-ranging interview with the host of Mad Money, Jim Cramer. “In this last quarter, if you take everything outside of iPhone, it grew at 19 percent, 19 percent on a huge business,” Cook said. As we reported this morning, Apple sets App Store sales record with $1.22 billion spent on apps and games between 2018 Christmas and New Year’s Eve. Apple’s services, which include the App Store, iTunes, Apple Pay, Apple Music and iCloud, have been growing rapidly quarter over quarter. In 2017, Cook said he wanted Apple’s services revenue to double by the end of 2020, a sentiment he reiterated in Tuesday’s interview.

Kohler unveiled a $7,000 smart toilet with built-in speakers, mood lighting and Amazon Alexa voice controls. Kohler, a brand you might recognize from your bathroom or kitchen products, unveiled an “intelligent toilet” called the Numi 2.0 at the Consumer Electronic Show  (CES) in Las Vegas. Last year at CES, the company, launches KOHLER Konnect, a suite of kitchen and bath products that use voice commands, hands-free motion control and offer Amazon Alexa, Google Assistant, and Apple HomeKit connectivity. With Numi 2.0, Kohler is taking connected bathroom to the next level.  Numi 2. comes with built-in surround sound speakers, ambient mood lighting, a heated seat, warm water cleansing with a dryer and automatic lid opening/closing and flushing. It also has Amazon Alexa voice controls built in so you can check the weather, listen to news and order more toilet paper all while sitting doing your “thing.” The Numi 2.0 is a part of Kohler’s connected bathroom, which includes a smart tub, smart shower and smart mirror. The toilet will be available to purchase at the end of 2019 and starts at $7,000. 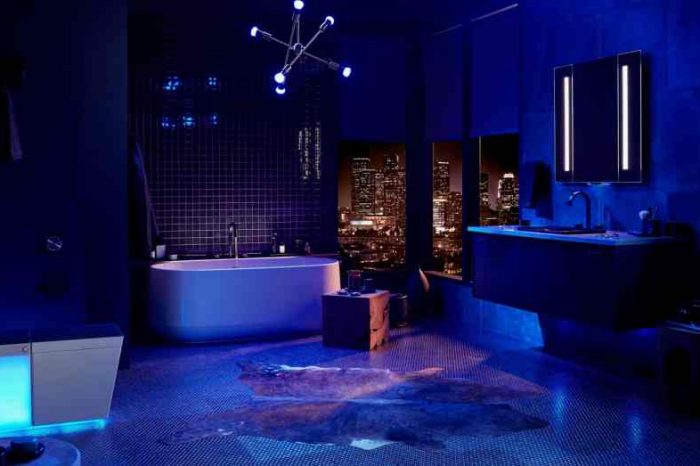 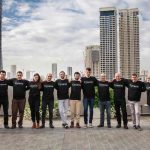