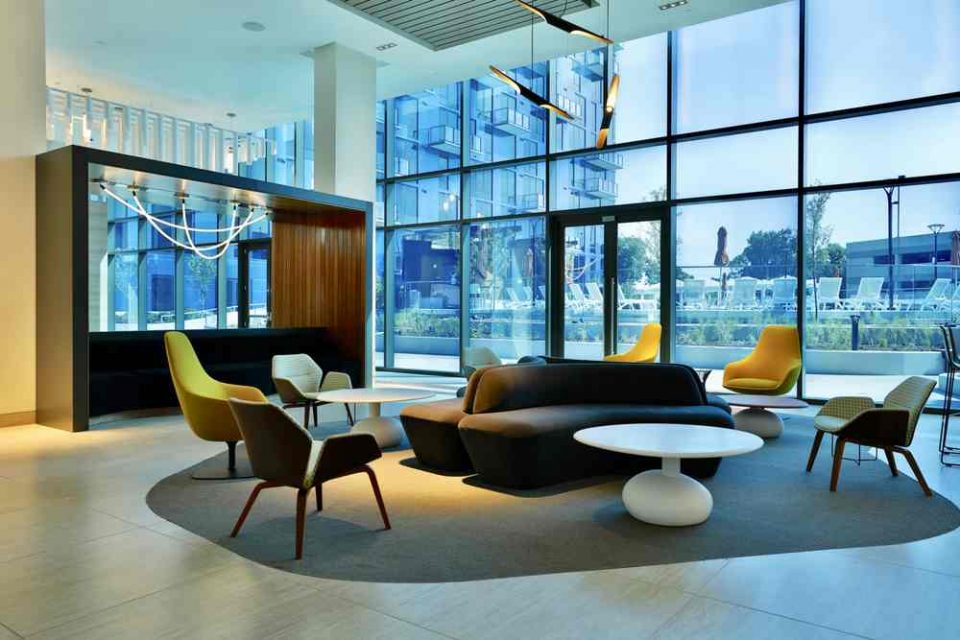 SoftBank dumps $1.1 billion into smart glass startup, View. SoftBank’s Vision Fund has invested $1.1 billion in smart glass maker View, the start-up announced Friday. View’s technology allows customers to control the level of tinting in so-called smart windows. Smart glass uses this intelligence to predict weather changes, to track the sun’s movement, to determine the amount of light, and to automatically control the tint of individual windows, zones or facades. … Better buildings with intelligent smart glass from View Dynamic Glass. Its technology makes dynamic window glass that can adjust the level of tint to keep cooling costs down, reduce glare and remove the need for blinds or other accessories. It took View about a decade to develop this new kind of glass, and its sales to airports, hospitals and office buildings have taken off over the past couple years. The company has installed smart windows at commercial airports, apartment buildings and corporate offices for Facebook and CenturyLink.

Influencer marketing platform Mavrck secures $5.8 million in another round of funding. Mavrck, an advanced influencer marketing platform startup for the enterprise, has raised $5.8 million in another round of funding to fund increasing demand for its services and product. The latest round is backed by GrandBanks Capital and Kepha Partners. The company ran its first round of Series A funding in 2015 and has now raised a total of $13.8 million. The company also said that recurring revenue is up by 400 per cent year-on-year. Headquartered in Boston, Mavrck, is behind an all-in-one influencer marketing platform which it says empowers global brands to “discover and activate” influencers, advocates, referrers and loyalists who are already using their products.

Credit Karma acquires Noddle, a UK credit scoring platform from TransUnion, to expand its international footprint. As we reported earlier this morning, Credit Karma, a personal finance startup company that offers free credit scores, reports and insights, has acquired TransUnion-owned Noddle to expand beyond the US and grows its international footprint into the United Kingdom. The terms of deal were not disclosed. The news comes just months after TransUnion bought Noddle’s parent company, Callcredit, for $1.3 billion. As part of the acquisition, TransUnion-owned Noddle’s with more than 35 employees in London and Leeds, will join Credit Karma.

These 12 startups failed in 2018 and took $1.4 billion in VC funding with them. The startup journey is not always as rosy as you see in the headlines. As we wrote about a year ago, nine out of every 10 startups will end up failing, and that means the money that venture capitalists put into funding these ideas can disappear too. According to the latest funding data analysis from PitchBook, these 12 startup companies failed in 2018 and took $1.4B in VC funding with them. As you probably know, the most popular startup failure of 2018 is Theranos, the ill fated blood-testing startup that lost over $1 billion. Others include Rethink Robotics, Shyp, Bluesmart, CareSync, and seven others.

Artificial intelligence startup ScienceLogic raises $25M to support global expansion. ScienceLogic, an AI and machine learning (ML) startup that produces information technology management and monitoring solutions for IT Operations and Cloud computing, has raised $25 million in new funding to support a global expansion. The $25 million comes in the from of a credit facility from Square 1 Bank, a division of Pacific Western Bank. Founded in 2003, ScienceLogic is an IT operations management provider that claims its solution sees everything across cloud and distributed architectures, contextualizes data through relationship mapping and acts on this insight through integration and automation. In May, the company launched SL1, an automation engine for AIOps, a platform that monitors both on-premises and cloud-based IT assets, simplifies and modernizes IT operations for complex, multi-cloud and distributed environments, such as Amazon Web Services, Microsoft Azure and Google Cloud, to manage the deployment in an enterprise.

Smart traffic startup NoTraffic secures $3.2 million seed investment. Isreali smart mobility startup NoTraffic has raised a $3.2 million Seed investment. The funding was led by Tel Aviv-based venture capital firm Lool Ventures led the roundwith participation from NextGear Ventures and North First Ventures. NoTraffic develops a traffic management platform designed to optimize flow through traffic lights in urban environments. The system is based on a network of plug and play sensors and real-time vehicle-to-infrastructure communication. Founded in 2016 and based in Tel Aviv, NoTraffic already operates several pilot programs in California. In the coming months, the company will use the funding to launch additional pilot programs in the U.S., NoTraffic said in a statement.

Ladingo lets anyone buy a sofa online from overseas for cheap. In a world where size of shipped items matters, Israel-based startup, Ladingo is opening the door to the international B2C  e-commerce of large courier items. Ladingo is the only company that streamlines to e-commerce via ocean freight and allow anyone to buy anything, of any size in your online-shop or marketplace, from anywhere in the world. Its cargo containers optimized system enables maritime shipping companies to combine several international deliveries from one country to another. “Orders from 200 different customers living in the same country who bought from 200 different suppliers in another country can be shipped in a single container, significantly reducing costs,” Hagar Valiano, co-founder and CEO of Ladingo said. 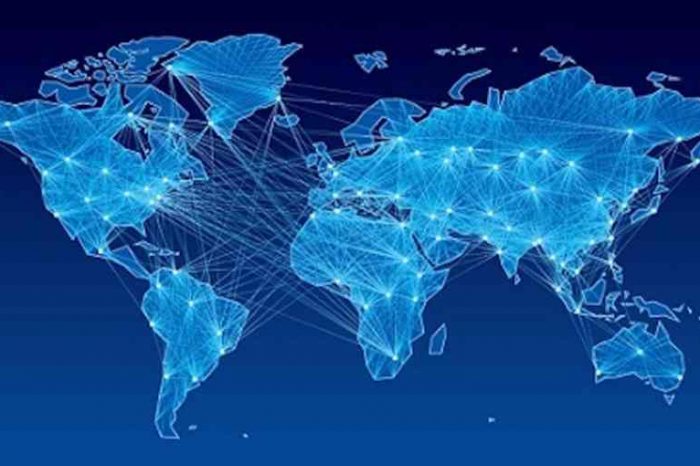 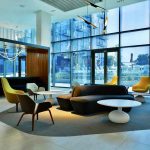