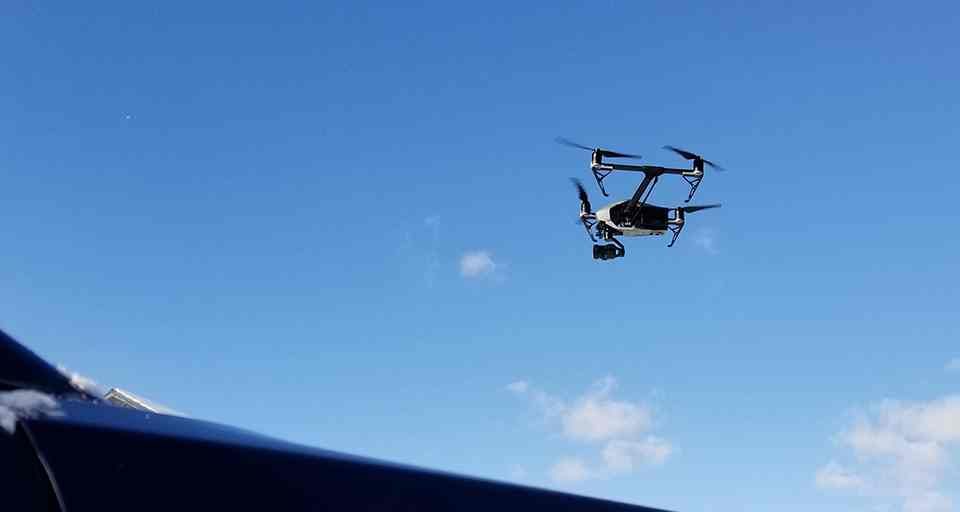 “New York’s investment in the unmanned aerial systems industry has transformed Central New York and the Mohawk Valley into global leaders in this cutting-edge technology, creating jobs and boosting local economies,” Governor Cuomo said. “We will continue to support these innovative companies as they help to grow the drone corridor and strengthen these regions for generations to come.”

Since 2015, New York State has established itself as the nation’s premiere destination for drones and businesses at the forefront of innovation. The state has invested over $40 million to position itself to become the nation’s drone capital, including funding for the 50-mile “drone highway” and GENIUS NY. This significant investment has pioneered the development of New York’s drone industry.

The six companies include:

Northeast Information Discovery, Inc. – The cyber security research and development enterprise will construct and equip a new facility in Canastota, Madison County which will be home to state-of-the-art laboratories. The company has committed to creating up to 45 new jobs over the next five years.

Microdrones – The company, which provides aircraft, services and solution for a wide range of drone applications is taking part in START-UP NY program partnership with Mohawk Valley Community College in an effort to have access to facilities and resources and MVCC students gain internships, workforce development and career opportunities. They have committed to creating up to four jobs but has already created a total of seven jobs in the region.

Assured Information Security, Inc.- A startup company that grew out of the Air Force Research Lab to one of the fastest growing tech firms in Central New York and the Mohawk Valley. AIS will launch a division focused on the cybersecurity of unmanned systems. They have locations in Syracuse and Rome and it has committed to creating up to 12 new jobs.

Unifly – Based in Belgium, and in partnership with Northeast UAS Airspace Integration Research Alliance (NUAIR Alliance) and Griffiss International Airport, the company will create up to 39 new jobs as it establishes its North American Headquarters in Central New York to deploy its software platform and support traffic management testing. Working with NUAIR it will enable enhancements to test Beyond Visual Line of Site (BVLOS) systems with the ultimate goal of safely integrating UAVs into the nation’s airspace.

In addition, the state has committed funding to creating a $7 million “Sky Dome” at Griffiss to help draw companies to the region who are dedicated to locating operations at the airport facility. The total state investment is a $1.4 million grant through the Consolidated Funding Application process.

Administered by CenterState CEO, in addition to investments, participants are given access to some of the region’s premier startup programming, including business planning, industry specific mentorship, and access to vetted service providers offering startup friendly terms. As part of this effort, participants will be integrated into the larger regional effort to grow unmanned aerial systems in Central New York and the Mohawk Valley and will have access to world-leading infrastructure and testing assets when they come online. Participants also receive stipends for operating capital and subsidized rent, and will also have opportunities to connect with investors for follow on funding.

Major General Marke Gibson (ret), president of the NUAIR Alliance said, “It is extremely gratifying to witness the impact we are having as we execute the strategies outlined in the region’s CNY Rising plan, and through this new UAS Central job fund this progress will only accelerate. This announcement, and the support of New York state are critical to ensuring that this region has the resources to continue to execute on our strategy and advance this industry. We are grateful to Governor Cuomo and our partners who are engaged in our industry leading efforts to integrate UAS into the nation’s airspace and establish Central New York as a global hub for the unmanned systems industry.”

Robert Simpson, president of CenterState CEO said, “As we continue to strengthen the UAS industry in the region by attracting new partners and supporting the growth of high-quality startups, it is also important to provide the ongoing resources necessary to retain these companies in the region for the long-term. New York state has been a key partner in our efforts to grow the UAS sector in the region first through the investment in the 50-mile test corridor, its ongoing support of the GENIUS NY program and now the UAS Central job fund. This region has set a new trajectory for growth in this burgeoning industry and is now in an even stronger position to make a global impact.”

Central New York Regional Economic Development Council Co-Chairs Dr. Danielle Laraque-Arena, President and Health System CEO, SUNY Upstate Medical University and Randy Wolken, President & CEO of the Manufacturers Association of Central New York (MACNY) said, “Supporting the burgeoning UAS industry is central to the regionally designed CNY Rising plan. Through our continued support for these innovative companies and through the GENIUS NY competition, we are ensuring that New York remains at the forefront of this industry, creating new opportunities and jobs for residents in the region for decades to come.”

Senator David Valesky said, “Job creation and growth of cutting-edge technology companies are exactly what we hoped to attract through targeted investment in the Unmanned Aircraft Systems industry. I am pleased to see that investment paying off with the expansion of these six firms.”

Senator Joseph Griffo said, “Griffiss International Airport and our region have been at the forefront of testing and developing Unmanned Aircraft Systems and related technology. It is important that we continue to position ourselves to take advantage of any emerging opportunities in this field. I am hopeful that UAS companies continue to invest in the Mohawk Valley and Central New York because they have potential to create additional jobs and economic development opportunities that will help to position our region as a worldwide leader in innovation and technology.”

Assembly Member William Magnarelli said, “Although I represent Syracuse and Onondaga County constituents, we must be aware of the exciting new industries developing throughout the Central New York region. Working side by side with organizations not only in the Onondaga County area, but also the Mohawk Valley, particularly with respect to the Unmanned Aerial Systems, is an important part of all of Central New York’s future. I commend the Governor for his continued commitment to this industry and our region”.

Assembly Member Al Stirpe said, “The rapidly growing UAS industry, combined with our efforts to anchor it here and our region’s skilled workforce, have created a real opportunity for Central New York to become a world leader in this technology. I have worked tirelessly to secure additional state resources for the UAS Central Job Fund to attract top UAS companies to our region and create good-paying jobs in a sector that will help our region thrive into the future.”

Chair of the Assembly Agriculture Committee, Assemblyman Bill Magee said, “Drone technology has many innovative uses and New York’s commitment to the UAS Industry will benefit the region not only from the job development and the industrial growth that it brings, but the research and development will increase efficiencies in segments such as agriculture, where it is being used and tested currently with new and unknown limits. I am excited to see this industry grow right here in Central New York.”

Assembly Member Anthony Brindisi said, “The UAS Industry has clearly found a home in the Mohawk Valley and Central New York. The news that six companies are investing in our region to be a part of a 50-mile test corridor for this technology shows that the partnerships we are building here in this high-tech field are paying off, and will lead to the creation of good paying jobs over the next several years. In addition, the GENIUS NY Program will help anchor existing partners in the UAS program, as well as providing the personalized assistance to encourage more companies to be a part of this exciting industry in our region.”

Assembly Member Pam Hunter said, “Innovation is essential to maintaining competitiveness as a region. By investing in technology that has tremendous value and serves a diverse range of needs throughout the world, we are ensuring that Central New York continues to grow its economy and add jobs. Drone technology is transforming the way we do business and is constantly being adapted for new and interesting commercial applications.”

Onondaga County Executive Joanie Mahoney said, “The continued momentum in the designated drone corridor in Central New York is great news. Governor Cuomo’s commitment to the burgeoning Unmanned Aerial Systems industry in our region has been transformative. As a key part of the CNY Rising economic development plan, our region is truly establishing itself as the global hub for this innovative industry and growing the regional economy.”

Oneida County Executive Anthony J. Picente Jr. said, “This type of growth is exactly what we hoped for when Oneida County established our UAS Test Site at Griffiss International Airport. Through the strength of our partnerships with CenterState CEO, NUAIR and the State of New York, we have been able to attract immense private investment. Those added partnerships have resulted in new jobs, cutting-edge research and innovation and the creation of a 50-mile UAS flight management corridor from Rome.”

Syracuse Mayor Ben Walsh said, “As a leader in the Unmanned Aerial Systems (UAS) industry, we continue to see innovations in UAS technology that are allowing the industry to expand, and as a result, bring more jobs and more growth to the Syracuse area. It’s because of an increasing number of public and private partnerships that this success is possible. Governor Cuomo has been integral to building up this industry in our region and we thank him for the investment.”

Today’s announcement complements “Central NY Rising,” the region’s comprehensive blueprint to generate robust economic growth and community development. The State has already invested more than $4.7 billion in the region since 2012 to lay the groundwork for the plan – capitalizing on global market opportunities, strengthening entrepreneurship and creating an inclusive economy. Today, unemployment is down to the lowest levels since before the Great Recession; personal and corporate income taxes are down; and businesses are choosing places like Syracuse, Oswego and Auburn as a destination to grow and invest in.

Now, the region is accelerating Central NY Rising with a $500 million State investment through the Upstate Revitalization Initiative, announced by Governor Cuomo in December 2015. The State’s $500 million investment will incentivize private business to invest well over $2.5 billion – and the region’s plan, as submitted, projects up to 5,900 new jobs. More information is available here. 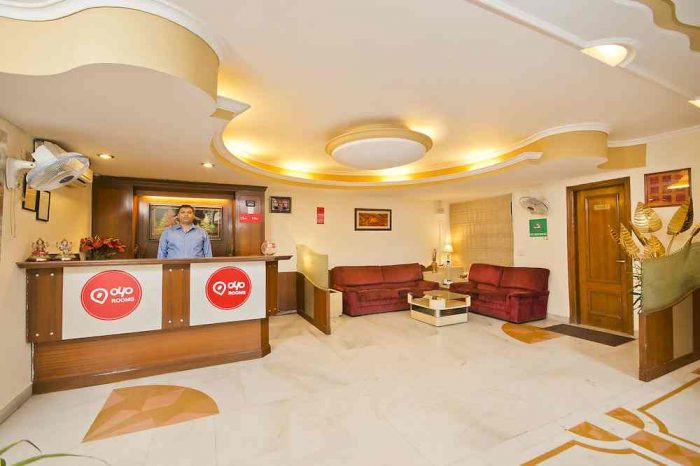 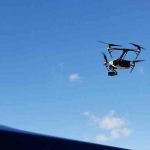