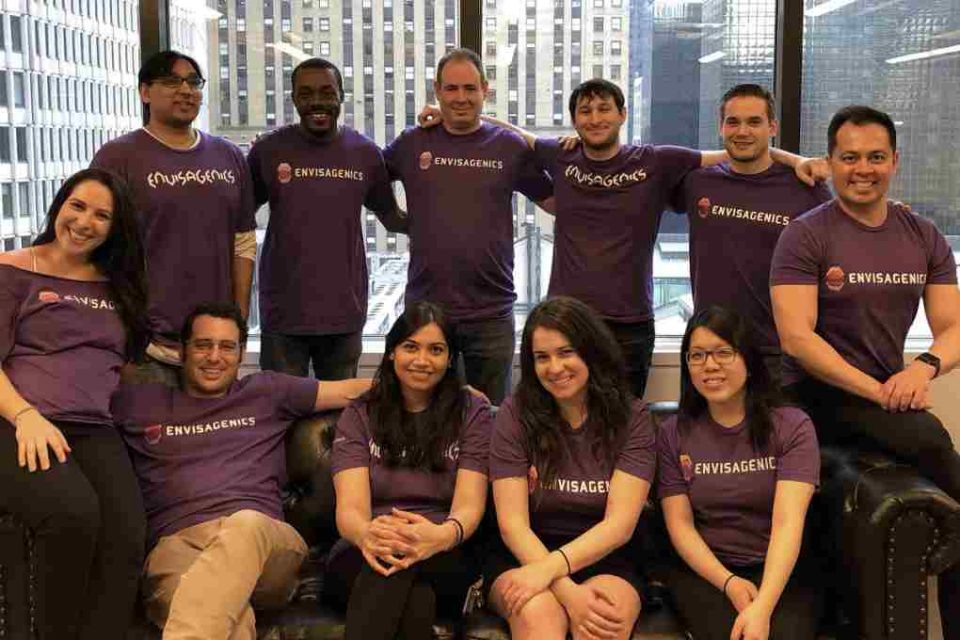 Envisagenics is a New York-based bioinformatics startup on a mission is to reduce the complexity of biomedical data to accelerate the development of innovative therapeutic solutions through RNA splicing analytics and artificial intelligence. Envisagenics is a bioinformatics spinout from Cold Spring Harbor Laboratory translating NextGen sequencing data for RNA therapeutics discovery into BioPharma R&D intelligence. The company is discovering cures for diseases caused by splicing errors by integrating AI and RNA therapeutics.

Founded in 2014 by Maria Luisa Pineda and Martin Akerman, as a spinout of Cold Spring Harbor Laboratory, Envisagenics focuses on RNA splicing, the molecular process that shapes the genetic message extracted from DNA to produce functional proteins required for our body to work.  Dr. Maria Luisa Pineda is a biologist with over 10 years of research experience. For her undergraduate studies, Maria was awarded an endowment of $2 million dollars from the Goizueta Foundation and an NIH fellowship with the Minority Access to Research Careers (MARC U*STAR) program. Dr. Martin Akerman is a data scientist trained in biology and computer science with a PhD from Technion (Israel) and a post doctorate from Cold Spring Harbor Laboratory (CSHL). As fellow at CSHL, he was part of Dr. Krainer’s laboratory, who developed Spinraza, the FDA approved RNA therapeutic drug to treat Spinal Muscular Atrophy.

Over 30 million people in the US suffer from genetic diseases or cancer that could be caused by mutations affecting RNA splicing. 370 human diseases are known to be caused by splicing errors, and more remain to be discovered. Errors in this process can cause devastating diseases: at least 370 genetic diseases identified to date can be caused by splicing errors, such as Spinal Muscular Atrophy, a neurodegenerative disease that kills more children than any other genetic disease. “The discovery of disease-causing proteins was at the center of pharma innovation for decades, but the new century brought us not only better knowledge of genetic information but also the computer power to interpret it,” says Dr. Martin Akerman, Co-founder and CTO of Envisagenics. “The RNA splicing treatments that we develop target the flow of genetic information, so disease-causing proteins cannot be formed in the first place.”

The company was previously awarded a $225,000 Phase I SBIR grant in 2015. Funding was used to develop a scalable infrastructure to efficiently analyze massive amounts of RNA-seq data, to build the largest database of RNA-splicing events, and to develop machine learning algorithms to prioritize disease relevant splicing errors. The SBIR Phase II award will allow Envisagenics to substantially expand the platform’s knowledgebase and predictive functions.

A portion of the phase II work will be carried out at Cold Spring Harbor Laboratory as a collaboration with Dr. Adrian Krainer, a leader in the field of RNA splicing. Completing the investigative team is Dr. Thomas Tuschl, professor and Head of the Laboratory of RNA Molecular Biology at The Rockefeller University and a Howard Hughes Medical Institute Investigator.

“We are grateful for the continued support from the NIH and for their recognition of the potential of AI drug discovery platforms like ours to discover novel therapies,” said Dr. Maria Luisa Pineda, Co-founder and CEO of Envisagenics. “We’re excited for the next stage of growth for the company to leverage the power of AI and RNA-seq data internally and in collaboration with biopharma partners to unlock new treatments.” 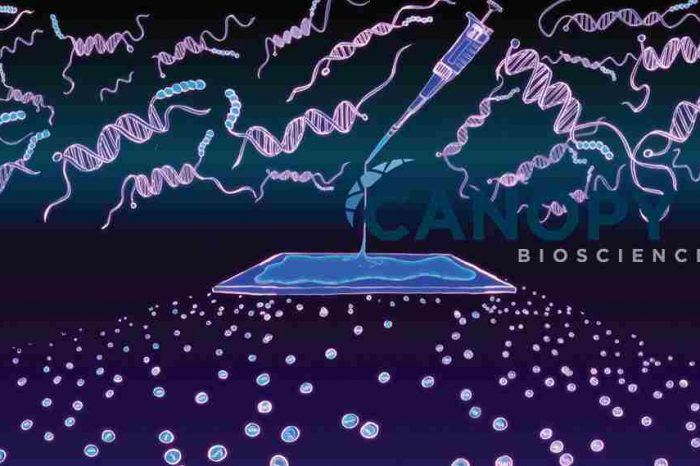 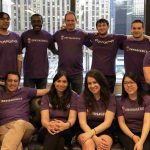