Is Teeva the world’s greenest truck?

Teeva Motors, a London-based startup, debuts its hybrid trucks in what the startup calls “the World’s Greenest Trucks.” The company made the announcement  during the “Freight in the City 2017″ event in London. The startup offers a lower total cost of ownership than a diesel vehicle for fleet managers, whilst giving 100 zero emission miles per day – sufficient to meet the requirements of the highest air quality standards coming into force in cities.  Tevva was founded by  Asher Bennett. Tevva’s team comprises of experienced automotive and electric vehicle (EV) specialists, with a proven track record of commercialising automotive, EV and battery technologies.

Its hybrid trucks come with Tevva’s range extender technology which means their trucks always maximize their battery use and therefore do more zero emission miles than any other comparable truck. The company has two models: 7.5 Ton  Electric Vehicles and 7.5 Ton Extended Range Electric Vehicles. There is high demand for Tevva’s truck.  The production is already sold to the end of March 2018. New customers are placed on a queue.

The vehicle is powered by a Lithium Iron Phosphate battery pack that charges from mains electricity in approximately three hours to give 100miles (160km) range. The battery pack can also be charged on the move, if needed, via an on-board generator that’s driven by a small capacity internal combustion engine. The technology can be fitted to a chassis on the production line during the build process, or to an existing chassis as a re-power package

“We do think this is the greenest truck because it genuinely takes diesel trucks off the road. Now we can bring new technology to the fore quicker than a major manufacturer. We have technology in the pipeline that is going to revolutionize the transport industry away from diesel. But this is our first step on the ladder of pushing diesel engine into a corner,” Tevva’s chief program engineer, Lidstone-Scott said. 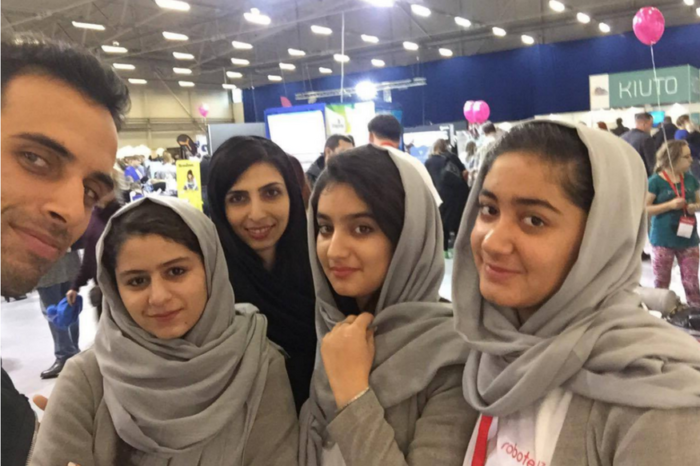 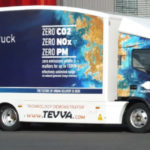 Is Teeva the world’s greenest truck?