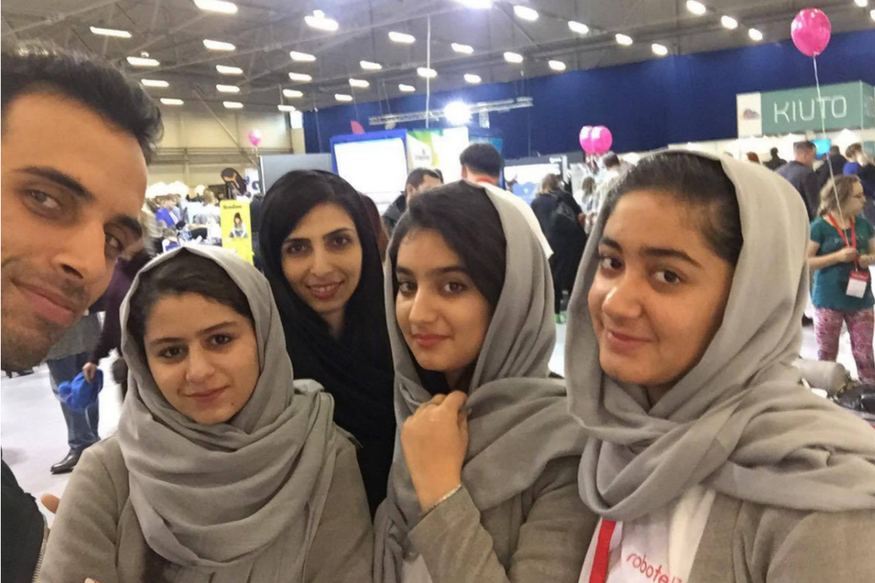 Remember the Afghan Girl’s robotics team that was temporarily denied entry to the US back in 2016? Their team  just had another major win. This is a historic victory for the six teenage girls from Afghanistan. The team won the Entrepreneur Challenge at Europe’s largest robotics festival, the Robotex festival in Tallinn, Estonia. The Afghan robotics team is represented by Yasimin Yasinzadah, Lida Azizi, Rodaba Noori, Fatemah Qaderyan, Kawsar Roshan, and Somayeh Faruqi.

The team made a comeback after overcoming all obstacles after a year of travel difficulties, project setbacks and family heartbreak.  The teenagers attracted international attention last summer after they were temporarily denied entry into the United States last year to participate  in a robotics competition.

This year Entrepreneurial Challenge requires competitors to build a robot, design marketing flyers, and present a sales pitch to a team of judges.  The Afghan team competed against 3,700 other competitors and 1600 robots in a series of competitions, including robot basketball games, races, and mazes. The winning robot, presented by three members of the Afghan team, used solar energy to work on small-scale farms, the New York Times reported. The team comes from Herat and were brought together by Roya Mahboob, who founded Citadel software company in Afghanistan and was the country’s first female tech CEO. 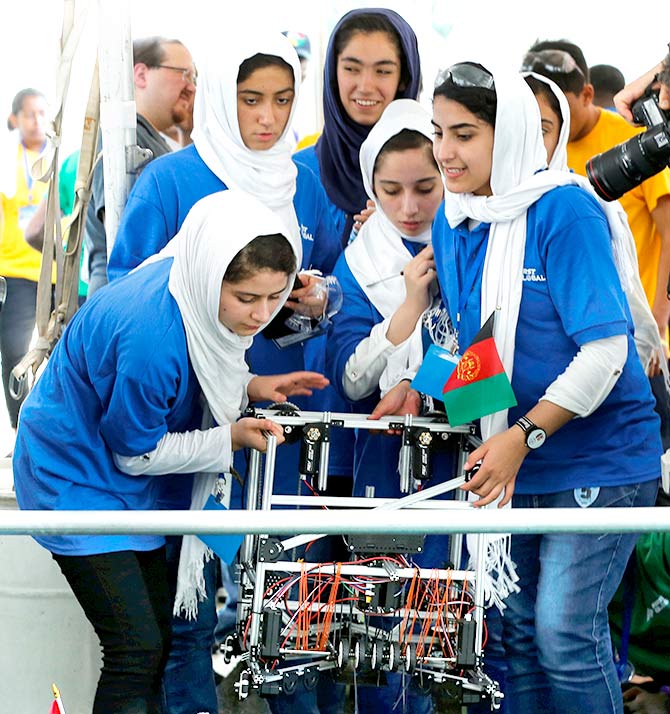 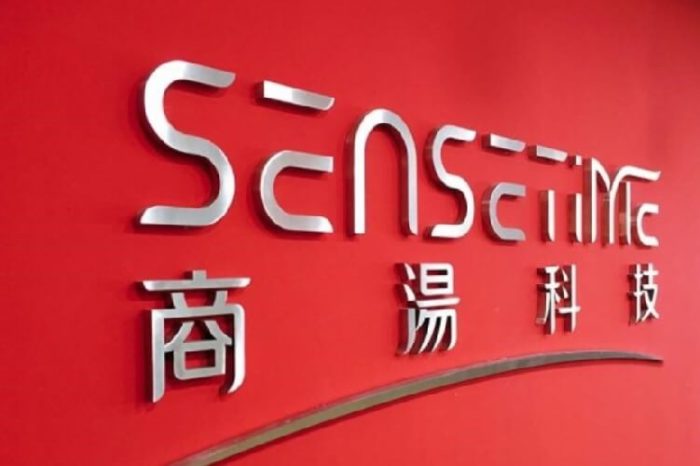 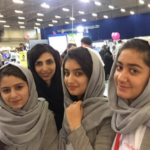