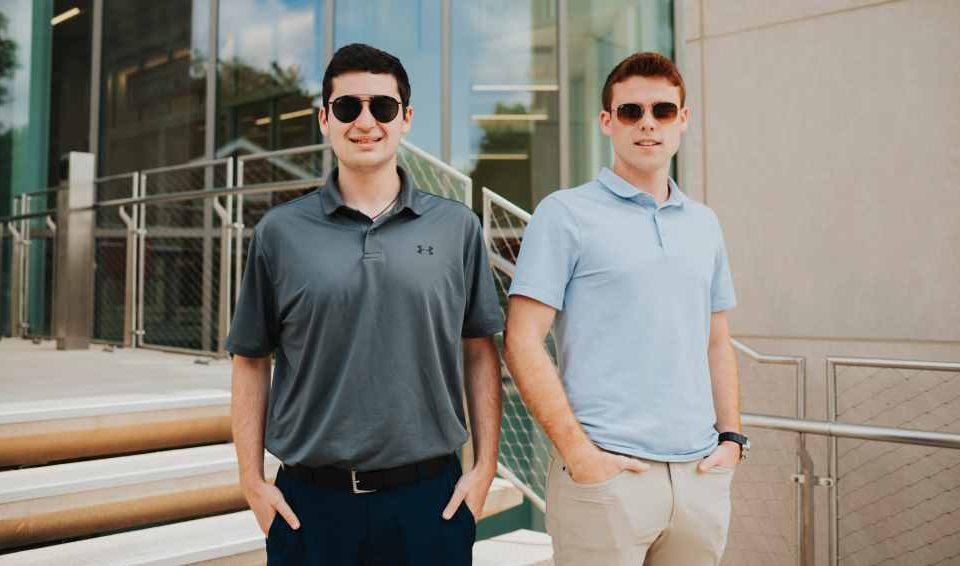 We’re excited to kick off our 2023 Startup Spotlight series with Max Goldberg and Steven Segel, the Co-Founders of HotDrop, a music startup that connect undiscovered artists with superfans.

Music discovery app, HotDrop, was also recently featured in The Wall Street Journal as one of the top 5 apps to use to explore new music, among other more established names like Bandcamp and Audius. Gen Z founders, Max Goldberg and Steven Segel recognized that the music discovery tools available did not reflect the real-life music consumption habits of their college community, so the music enthusiasts set out to build something that did.

HotDrop is made by Gen Z, for Gen Z. Goldberg and Segel are a part of the pattern we are seeing of young entrepreneurs building industry-disrupting companies to address the changing needs and wants of this digital-driven generation. It’s not a fluke that campuses have been so crucial in launching a variety of social platforms (Facebook, BeReal, Snapchat). HotDrop is poised to be the next social app phenomenon, one built exclusively for music discovery and fan building.

With frequent app updates and exciting developments coming soon, HotDrop is heating up and looking forward to what this new year will bring. We sat down with Max Goldberg and Steven Segel. Below is how our interview went.

Tech Startups: Give us a brief history of your company, founders, mission, value proposition, etc.

We are childhood friends and grew up in a suburb of Boston, MA. Max is a self-taught iOS programmer and sold his 1st app company in the 10th grade. Together, they share an obsession for entrepreneurship and started several ventures (many of them apps) over the years leading up to college.

HotDrop was founded in 2021, while Max and Steven were undergraduate Finance students at Indiana University, Bloomington. On a college campus, the love for new music is contagious. Max and Steven saw how their friends were sharing new songs and artists with each other, but felt frustrated by the limitations of streaming platforms. So, they built a better mousetrap. HotDrop connects undiscovered artists with superfans. Our mission is to help music enthusiasts find amazing underground music while strengthening the direct relationships emerging artists have with their “die-hard” fans. Building a community unlocks more exposure and opportunities for alternative monetization for artists.

Tech Startups: What led you to start HotDrop and what is the history behind the name of the company?

Max and I are music-obsessed, listen to dozens of hours of music per week, and have first-hand experience of the generational shift in Gen-Z music discovery and consumption. Music is discovered quicker than ever before and listener attention spans are decreasing. To help fans discover more music beyond the algorithms (which is really hard), we had to build an experience that we believed our generation would love. HotDrop is a nod to the “drop” culture of urban streetwear, highly sought-after collectibles, and now, music. We want HotDrop to be the home for artists to drop new music first to get direct feedback and generate exposure for their releases and identity.

Tech Startups: What has the journey been like so far?

Within two days of our release of the MVP of HotDrop @ IndianaU, the app skyrocketed to #7 on the App Store Top Charts for Music. Within two weeks, HotDrop had 25K users and 2M new songs were discovered. With this early traction and viral attention on campus, we were accepted into the Techstars Accelerator, proceeded to raise our Pre-Seed round, and got connected with some incredible mentors and investors. Since Techstars, we’ve re-launched the HotDrop app with some exciting new features and a new interface. We also built HotDrop Studio, a web platform for artists to release their music to the HotDrop app, manage their songs, and receive detailed analytics reports on how their song is performing with users. The HotDrop app and HotDrop Studio products are still in their early-development stages with many powerful new features and updates to be released every month.

Tech Startups: What does your company do and what makes it stand out?

HotDrop’s mission is to help artists succeed, without the resources of a record label. We strongly believe that artists should own 100% of their creative work and focus more on making music than becoming “‘social media famous.” HotDrop isn’t a replacement for streaming services and may not be used by casual music listeners. Our platform is for fans who love actively finding music beyond “the mainstream” and want to be part of an artist’s journey/success story.

Tech Startups: How did you raise funding for the company? (VC, Angel, or Bootstrap …and why?):

We raised funding from a mix of angel investments from successful ex-founders and VCs. We look to bring in experienced investors who can mentor our team through challenges and successes. We want to make HotDrop a company with huge impact and brand recognition, so it requires the type of capital and objectives that are aligned with hitting a “grand slam”.

Smartest move: Building a team of relentlessly focused and passionate music enthusiasts and artists. The team is everything, and we wouldn’t be here without our team.

Biggest mistake: Not getting our products out to the world fast enough, out of fear that they won’t perform well. We’ve learned to ship products faster and test more of our hypotheses to see what works / what doesn’t.

TechStartups: Which leading entrepreneur, business leader, or executive would you most want to work in your corner? (Be specific, and explain why)

Tim Cook. Apple is the company we think of first when it comes to user and customer-centricity. Apple’s brand is elegant and knows how to make a product feel magical. Tim is rumored to be one the greatest CEOs to work for and has a stellar track record of making key decisions that has solidified Apple as one of the greatest companies to ever exist. We would love to learn from his experiences as a thought leader in consumer technology and how to effectively scale high-performing teams.

TechStartups: The biggest thing we look for when hiring is …

A deeply rooted passion for listening to and/or making music, while sharing the HotDrop vision to empower more musical discovery moments. We also look for innovative thinkers who obsess over empathizing with fellow music enthusiasts or artists.

TechStartups: What’s the one piece of advice you’d give to other entrepreneurs just starting out?

Know and embrace that you’re on a journey of personal growth, one where you’ll learn a lot about yourself including what gets you going, what bothers you, and how you cope with stress. We think that many first-time entrepreneurs invest a significant amount of time, effort, and resources into making their products better, but neglect to invest comparable resources into their own personal and professional development, which are critical to becoming more efficient, and effective as a leader, and happier with steady progress.

TechStartups: Looking back at your career, what would you have done differently when starting out?

Looking back, we would’ve spoken to more potential users and artists. We could’ve avoided some time-consuming mistakes if we collected more data before we shipped a single line of code. The moral of the story, the person or company with the most information and market research will be the most prepared for what’s to come.

TechStartups: Is there any other thing you would like us to know?

If you’re a music enthusiast craving some new music or an artist looking to connect directly with superfans, go to hotdropapp.com for more information! 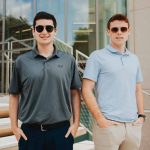