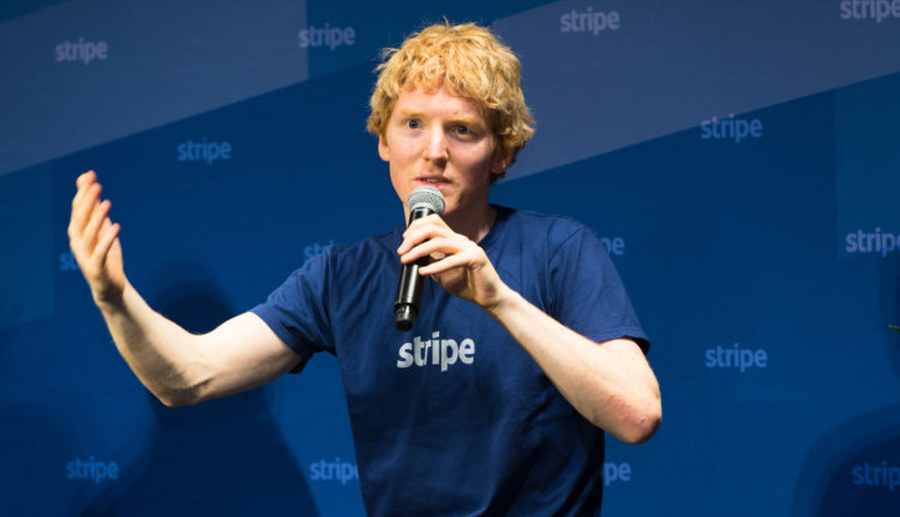 San Francisco-based fintech startup Stripe is laying off about 14% of its total workforce as the prolonged tech rout continues. CEO Patrick Collison wrote in a memo to staff Thursday. According to the memo, Collison said the cuts were inevitable as rising inflation, fears of a looming recession, higher interest rates, energy shocks, tighter investment budgets, and lack of funding forced the company to make the tough decision.

Taken together, these factors signal “that 2022 represents the beginning of a different economic climate,” he said. Early this year, the online payments giant forayed into crypto as part of its effort to diversify its offering by letting merchants pay their users in cryptocurrency using USDC stablecoin.

The San Francisco-based Stripe software platform was founded in 2010 by two Irish brothers Patrick Collison and John Collison to compete directly with PayPal, Adyen, and Square. The company allows businesses to accept online payments. Today, Stripe is now one of the most valuable fintech startups in the world. Patrick and John Collison, who are 32 and 30 respectively, are each worth over $11 billion.

Stripe is the latest in a series of tech companies to announce staff cuts amid a worsening economic outlook. In recent months, tech companies, crypto exchanges, financial firms, and banks have reduced their headcount and slowed hiring as global economic growth weakens due to looming recession, inflation, higher interest rates, the energy crisis in Europe, and the ongoing war in Ukraine.

The global economic downturn that started in the second quarter of this year is beginning to have a major impact on tech companies. As we reported last month, over 32,000 tech workers lost their jobs in July. That number has since climbed to about 45,000 as of October, according to the latest tally from CrunchBase, a platform for finding business information about private and public companies.

Tech giants like Amazon, Google’s Alphabet, and Facebook’s Meta have all taken measures to rein in spending. Other companies like Coinbase, Shopify, Netflix, and Twilio have also announced layoffs.

Just a year ago, Stripe became the most valuable U.S. startup, with a valuation of $95 billion. However, the company reportedly lowered its internal valuation in July to $74 billion amid economic uncertainty, according to The Wall Street Journal.

Founded in 2010 by two Irish brothers Patrick Collison and John Collison, The San Francisco-based Stripe software platform was launched to compete directly with PayPal, Adyen, and Square. The company allows businesses to accept online payments. Today, Stripe is now one of the most valuable fintech startups in the world. Patrick and John Collison, who are 32 and 30 respectively, are each worth over $11 billion.

Below is Collison’s full memo:

Today we’re announcing the hardest change we have had to make at Stripe to date. We’re reducing the size of our team by around 14% and saying goodbye to many talented Stripes in the process. If you are among those impacted, you will receive a notification email within the next 15 minutes. For those of you leaving: we’re very sorry to be taking this step and John and I are fully responsible for the decisions leading up to it.

We’ll set out more detail later in this email. But first, we want to share some broader context.

The world around us

At the outset of the pandemic in 2020, the world rotated overnight towards e-commerce. We witnessed significantly higher growth rates over the course of 2020 and 2021 compared to what we had seen previously. As an organization, we transitioned into a new operating mode and both our revenue and payment volume have since grown more than 3x.

The world is now shifting again. We are facing stubborn inflation, energy shocks, higher interest rates, reduced investment budgets, and sparser startup funding. (Tech company earnings last week provided lots of examples of changing circumstances.) On Tuesday, a former Treasury Secretary said that the US faces “as complex a set of macroeconomic challenges as at any time in 75 years”, and many parts of the developed world appear to be headed for recession. We think that 2022 represents the beginning of a different economic climate.

Our business is fundamentally well-positioned to weather harsh circumstances. We provide an important foundation to our customers and Stripe is not a discretionary service that customers turn off if budget is squeezed. However, we do need to match the pace of our investments with the realities around us. Doing right by our users and our shareholders (including you) means embracing reality as it is.

Today, that means building differently for leaner times. We have always taken pride in being a capital efficient business and we think this attribute is important to preserve. To adapt ourselves appropriately for the world we’re headed into, we need to reduce our costs.

Around 14% of people at Stripe will be leaving the company. We, the founders, made this decision. We overhired for the world we’re in (more on that below), and it pains us to be unable to deliver the experience that we hoped that those impacted would have at Stripe.

There’s no good way to do a layoff, but we’re going to do our best to treat everyone leaving as respectfully as possible and to do whatever we can to help. Some of the core details include:

Most importantly, while this is definitely not the separation we would have wanted or imagined when we were making hiring decisions, we want everyone that is leaving to know that we care about you as former colleagues and appreciate everything you’ve done for Stripe. In our minds, you are valued alumni. (In service of that, we’re creating alumni.stripe.com email addresses for everyone departing, and we’re going to roll this out to all former employees in the months ahead.)

We are going to set up a live, 1-1 conversation between each departing employee and a Stripe manager over the course of the next day. If you are in an impacted group, look out for a calendar invitation.

For those not affected, there’ll be some bumpiness over the next few days as we navigate a lot of change at once. We ask that you help us do right by Stripe’s users and the departing Stripes.

Our message to other employers is that there are many truly terrific colleagues departing who can and will do great things elsewhere. Talented people come to Stripe because they’re attracted to hard infrastructure problems and complex challenges. Today doesn’t change that, and they would be fantastic additions at almost any other company.

In making these changes, you might reasonably wonder whether Stripe’s leadership made some errors of judgment. We’d go further than that. In our view, we made two very consequential mistakes, and we want to highlight them here since they’re important:

We are going to correct these mistakes. So, in addition to the headcount changes described above (which will return us to our February headcount of almost 7,000 people), we are firmly reining in all other sources of cost. The world is hard to predict right now, but we expect that these changes will set us up for robust cash flow generation in the quarters ahead.

We are not applying these headcount changes evenly across the organization. For example, our Recruiting organization will be disproportionately affected since we’ll hire fewer people next year. If you want to see how your organization is impacted, Home will be up-to-date by 7am PT.

We’ll describe what this means for our company strategy soon. Nothing in it is going to radically change, but we’re going to make some important edits that make sense for the world that we’re headed into, and tighten up our prioritization substantially. Expect to hear more on this over the next week.

While the changes today are painful, we feel very good about the prospects for innovative businesses and about Stripe’s position in the internet economy. The data we see is consistent with this encouraging picture: we signed a remarkable 75% more new customers in Q3 2022 than Q3 2021, our competitive win rates are getting even better, our growth rates remain very strong, and on Tuesday we set a new record for total daily transaction volume processed. Our smaller users (many of whom are just “big customers that aren’t yet big”) are, in aggregate, growing extremely quickly, showing that plenty of technology S curves remain in the early innings and that our customers remain impressively resilient in the face of the broader global challenges.

People join Stripe because they want to grow the internet economy and boost entrepreneurship around the world. Times of economic stress make it even more important that we find innovative ways to help our users grow and adapt their businesses. Today is a sad day for everyone as we say goodbye to a number of talented colleagues. But we’re ready for a pitched effort ahead, and we’re putting Stripe on the right footing to face it.

For the rest of this week, we’ll focus on helping the people who are leaving Stripe. Next week we’ll reset, recalibrate, and move forward. 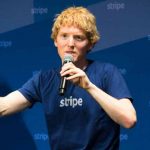