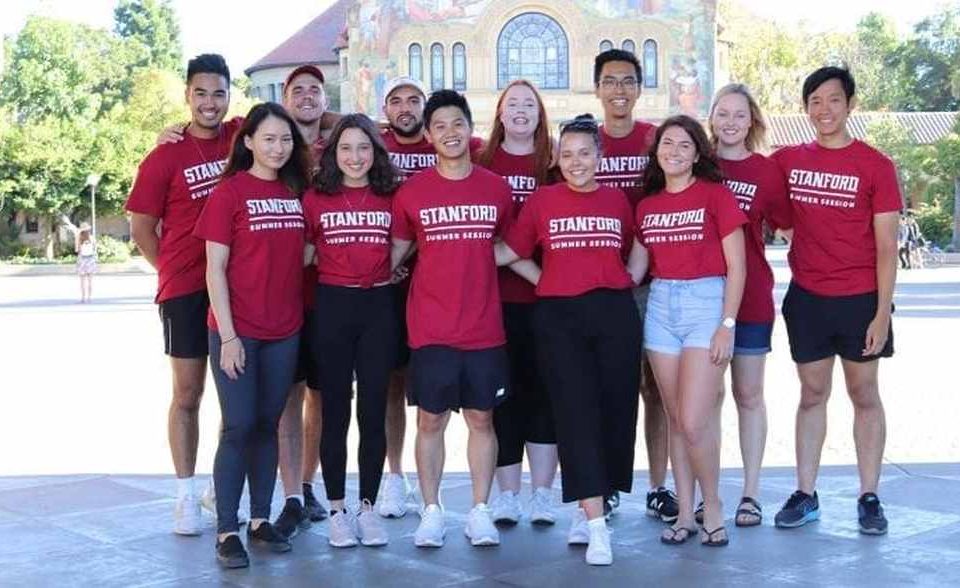 It’s often said that you don’t need a college education to be successful. Even the world’s richest person Elon Musk thinks people “don’t need college to learn stuff.” He went as far as saying that jobs at his companies should not require a degree.

In other cases, some say that you do not need a specific degree to become an entrepreneur. They opined that the knowledge you need to successfully run a business or startup company can be picked up through real-world work experience.

However, studies have shown that having a college education increases your chance of building a successful startup. For many entrepreneurs, having an education from one of the top universities in the United States may further boost your chances of success as a startup founder.

For example, two colleges have produced the most unicorn founders, and more than 60 unicorns are found within a 60-mile stretch. One of those colleges is Stanford University.

In 2019, we wrote a piece about why Stanford University produces the most successful startup founders. At the time, Stanford University was the most popular place for unicorn founders to have studied at – 63 of the world’s best entrepreneurs. Harvard finishes in second place with 39 graduating unicorn founders, and the Indian Institute of Technology comes in third with 36 founders.

Notable omissions from the top 10 include other American Ivy League schools like Yale University, Brown University, Princeton University, and the University of Pennsylvania, although many of these feature in the top 30. No European Universities also make the top 20, with LSE, Oxford, and Cambridge all coming in 25th. 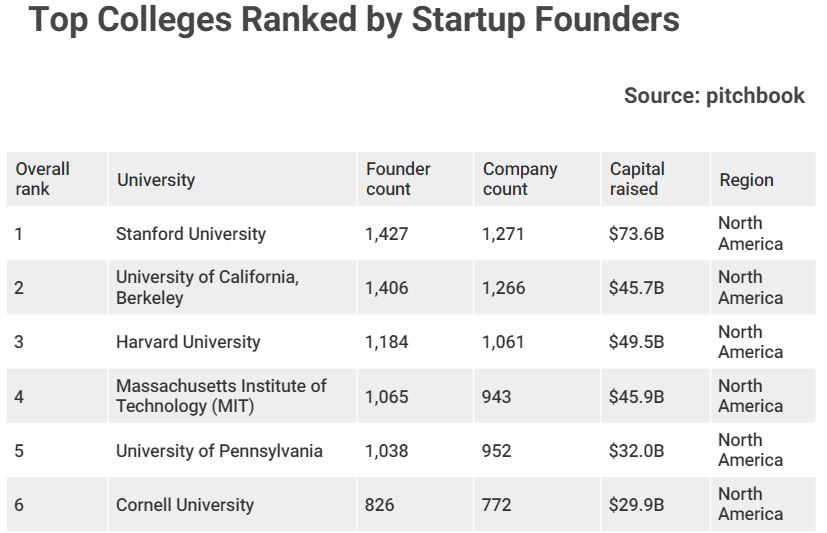 The full story and statistics can be found here:

Below are the major highlights from the 2019 report: 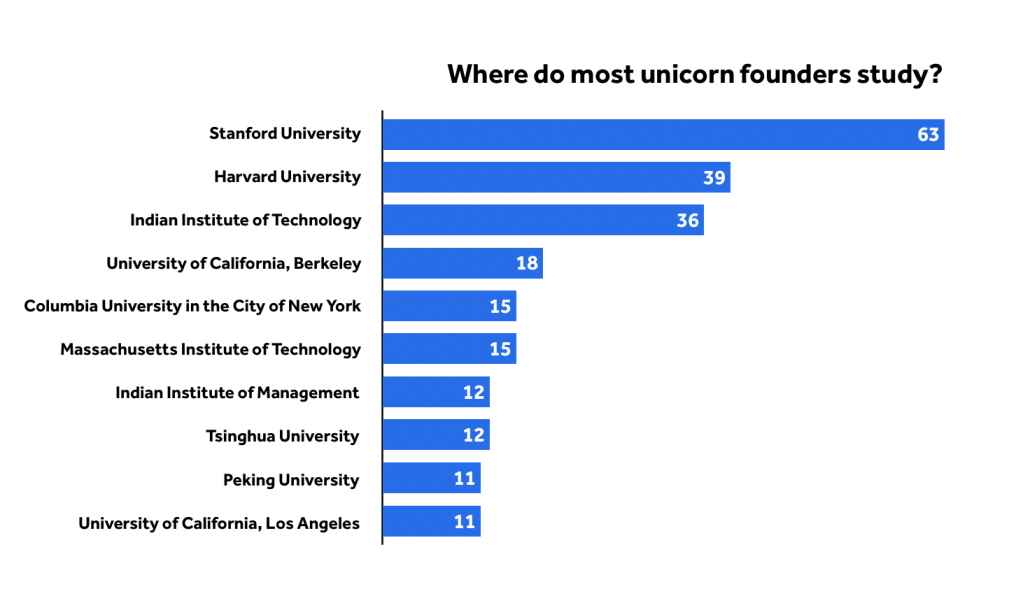 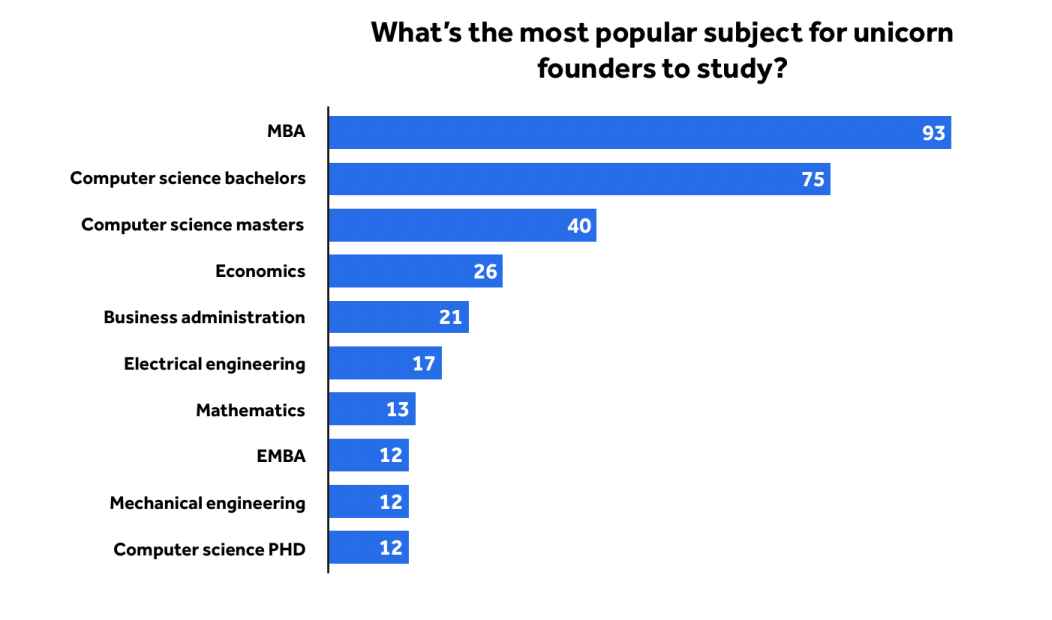 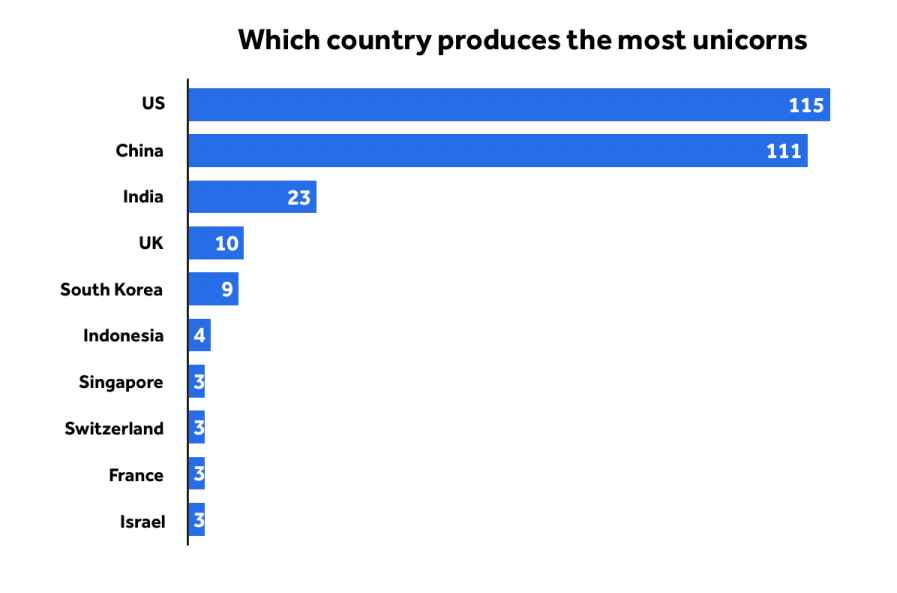 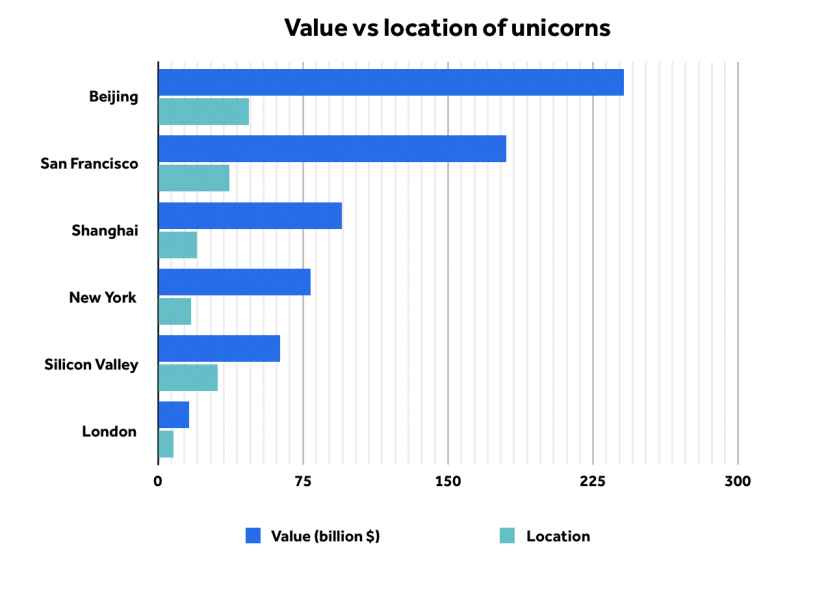 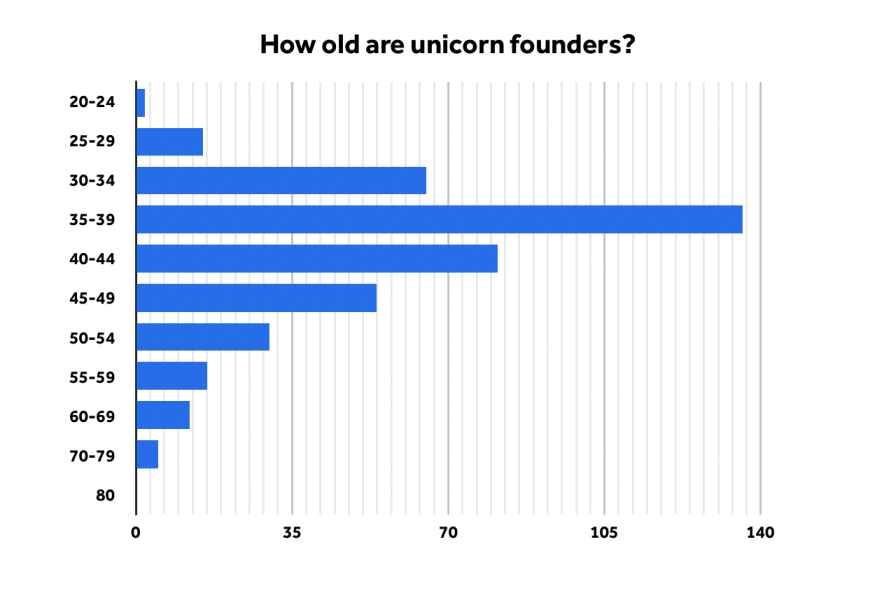 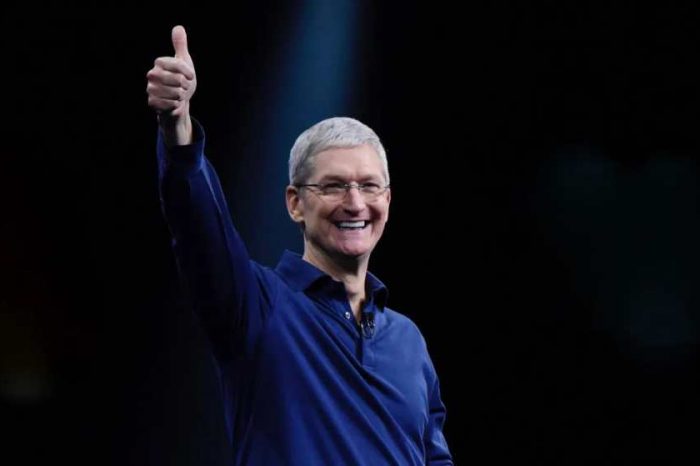 Apple is now worth more than Meta, Amazon, and Google's Alphabet combined 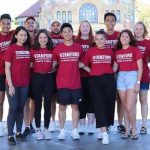