In early August, Japanese giant SoftBank reported its biggest loss ever, posted a $23.4 billion in quarterly loss as the global market sell-off spread to tech stocks and shredded valuations at its Vision Fund unit. Following a huge loss on his tech bets, SoftBank CEO Masayoshi Son had no choice but to make tough decisions to stop the bleeding including company-wide cost-cutting measures and layoffs.

Today, SoftBank is cutting around 150 staff globally at its Vision Fund unit and SoftBank Group International, according to a report from Reuters, citing a person familiar with the matter. Declining to be identified as the information is not public, the person also told Reuters that SoftBank also sent notices to employees on Thursday. In

The layoff will affect around 30% of employees across the two businesses. major cost centers including the United States, Britain, and China are affected, the person added.

During the quarter that ended in June, Softbank’s Vision Fund reported a loss of 2.93 trillion Japanese yen ($21.68 billion). The loss follows a then-record 2.2 trillion yen loss in the previous quarter. SoftBank also reported an 820 billion yen foreign exchange loss due to the weaker Japanese Yen. At the time, Son pledged to cut costs after the company’s Vision Fund reported a record $50 billion loss in the six months through June.

During a press conference back in August, SoftBank founder and CEO Masayoshi Son said, “The loss is the biggest in our corporate history and we take it very seriously.” When asked about what lessons he has learned from the experience, Son said, “There are too many to count.” Son added: “We need to cut costs with no sacred areas.”

Launched in 2017, SoftBank’s Vision Fund invests in tech startups and high-growth companies.  Shares of its portfolio companies ranging from South Korean e-commerce firm Coupang to DoorDash were hit hard in the second quarter of the year.

Son said back in May that the company would go into “defense” mode and be more “conservative” with the pace of investments after posting a record 3.5 trillion Japanese yen loss at the investment unit for the last fiscal year. Son also plans to cut staff at the Vision Fund, adding there were no “sacred areas.”

Founded in 1981 by Masayoshi Son in September, the Tokyo, Japan-based SoftBank is a multinational telecommunications and internet corporation focused on broadband, fixed-line telecommunications, e-commerce, internet, technology services, finance, media and marketing, and other businesses. Softbank is the sixth-largest telephone operating company with total revenue of $74.7 billion. The company has invested in a lot of startups including Uber. 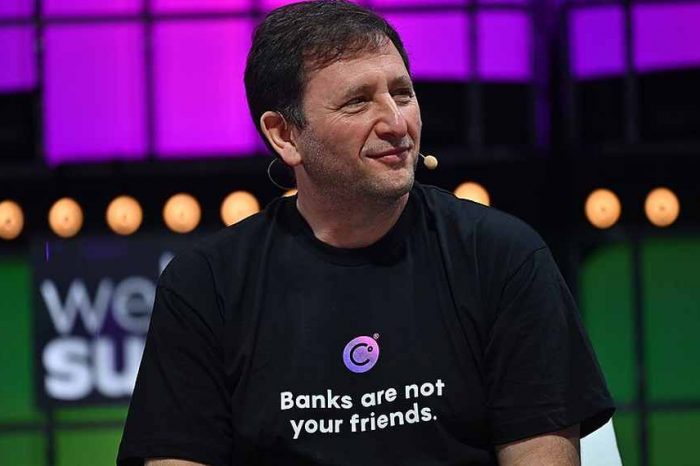