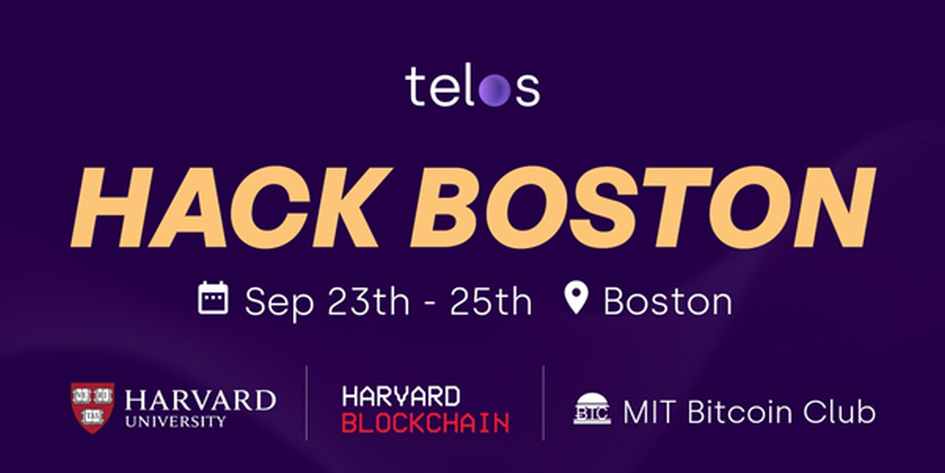 Telos, the home to the fastest EVM, will host the first crypto hackathon And workshops on an Ivy League campus, with over 300 students from Harvard, MIT, and other Ivy League colleges. The upcoming workshops with Hack Boston attendees will give students a hands-on experience with Web3 technology.

The Hack Boston event marks the first-ever crypto hackathon to take place on an Ivy League campus. The event takes place at Harvard University’s Cambridge campus from September 23-25. Over 300 students from Harvard, MIT, and other Ivy League colleges will be in attendance and participate in workshops and mentoring sessions.Telos’ role in these proceedings paves the way for broader participation to establish a future where Web3 thrives.

Having Telos sponsor this event marks a crucial milestone for the crypto and blockchain industry. Moreover, the event shows there is a growing interest in learning more about these industries, even at the Ivy League level. Hack Boston is made possible with the help of the Harvard and MIT blockchain clubs, Telos, and Web3 learning app EasyA.

The new and innovative technology provides exciting opportunities, potentially affecting the lives of millions of people worldwide. Telos has always been devoted to supporting a Web3 future, with a strong focus on financial equality and real-world initiatives.

Dubbed “Get Started: Build Faster, Fairer DeFi on Telos”, the workshop offers a comprehensive understanding of the Telos ecosystem and its key advantages over other technology stacks for developers and users alike. Notable features include ESG compliance, lightning-fast transactions, fixed gas prices, top-tier scalability, and much more.

In addition, Justin and Jesse will provide mentorship to the hacker teams to help them put their best foot forward during this hackathon.It is another example of how Telos is committed to getting more people actively involved with its technology and the future applications built on top of it.

Through the workshops, Justin and Jesse will help people gain a better understanding of the importance of choosing the correct infrastructure in the blockchain industry. In addition, there may even be free Telos merch and other swag for attendees to take home and spread the word about the Telos ecosystem.

A hackathon would not be complete without cash prizes. As a sponsor, Telos will award two prizes to blockchain projects focused on these crucial pillars:

The Hack Boston hackathon is the latest effort supported by Telos on its path to unlocking the potential of Web3. The team has previously supported various dApps evolving financial markets, boosting production in developing nations, supply chain management, carbon emission reduction, etc. Providing the crucial infrastructure powering the development of these decentralized solutions is a big step toward reaching the future of blockchain.

The Telos EVM is the most powerful and scalable Ethereum Smart Contract platform built to power Web 3.0. Telos features a robust, third-generation, ESG-compliant evolutionary blockchain governance system, including smart contracts, advanced voting features, and flexible and user-friendly fee models. In addition, Telos supports the blockchain ecosystem by serving as an incubator and accelerator for decentralized applications through development grants. Build with us.‍ 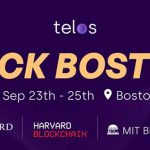