On June 18, bitcoin tumbled below $17,665 as the crypto market and other macro events take a toll on the world’s most popular cryptocurrency. Since then, bitcoin has struggled to move past the $22,000 mark. Fast forward nearly two weeks later, bitcoin price falls yet again below the $20,000. Bitcoin is now trading at $19,121 as of the time of writing, according to data from CryptoMarketCap.

Analysts attributed the fall to a number of factors from macroeconomic worries to fear of insolvency of some crypto lending companies. Additionally, fear of inflation and recession and further rate hikes from central banks continue to weigh on the market. 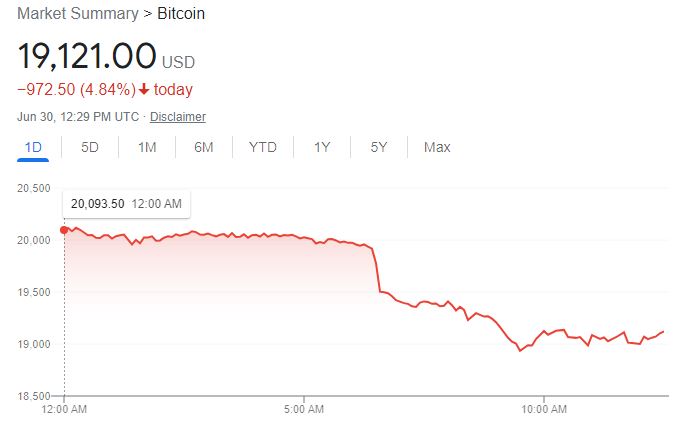 As we also reported yesterday, crypto hedge fund Three Arrows Capital shocked the crypto industry when it announced it was unable to meet margin call demands from lenders, causing the leading crypto hedge fund into a crisis that comes as turmoil and credit crunch grip the crypto market. Three Arrows is one of the biggest and most active players in the crypto industry with investments spanning the lending and trading platforms.

Then yesterday, Three Arrows Capital was ordered into liquidation by a court in the British Virgin Islands. Bloomberg also reported that the firm is now planning to sell its asset including holdings in crypto startups.

The current bitcoin crash has wiped off billions of dollars of value from the cryptocurrency market as crypto investors lost their savings. However, the crash is not stopping Michael Saylor’s MicroStrategy. Yesterday, the company doubled down its bet with another $10 million bitcoin purchase.

Meanwhile, a top crypto quant fund manager thinks bitcoin may fall even further and it could be heading down to $10,000. Leigh Drogen, general partner and CIO at Texas-based digital assets quantitative hedge fund Starkiller Capital, wrote:

“We’re now in the liquidation phase, [with] firms blowing up,” like Three Arrows Capital, or 3AC, the crypto hedge fund that is having positions liquidated, per a report from The Block, “and on chain liquidations of over levered players.” He adds that if Bitcoin slips below $20,000, “there is going to be some serious forced selling from those really big players,” he suggests, and “that may kind of bring about the eventuality of the bottom.”

4 pm EST update:  Bitcoin has now fallen below $19,000. Bitcoin is not alone. Ethereum, the second most popular cryptocurrency also fell by more than 8% according to data from CoinMarketCap. 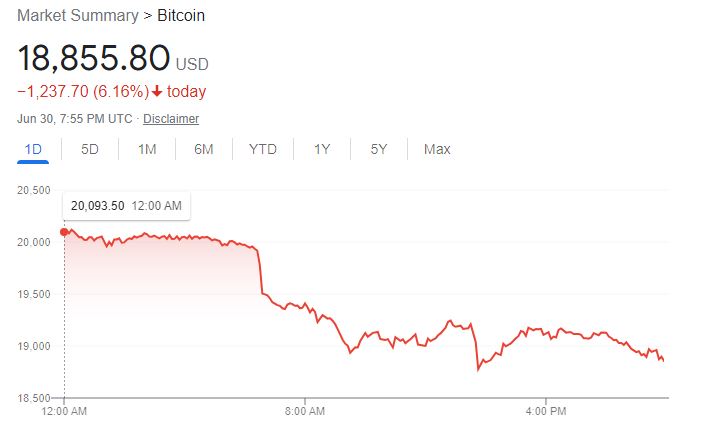 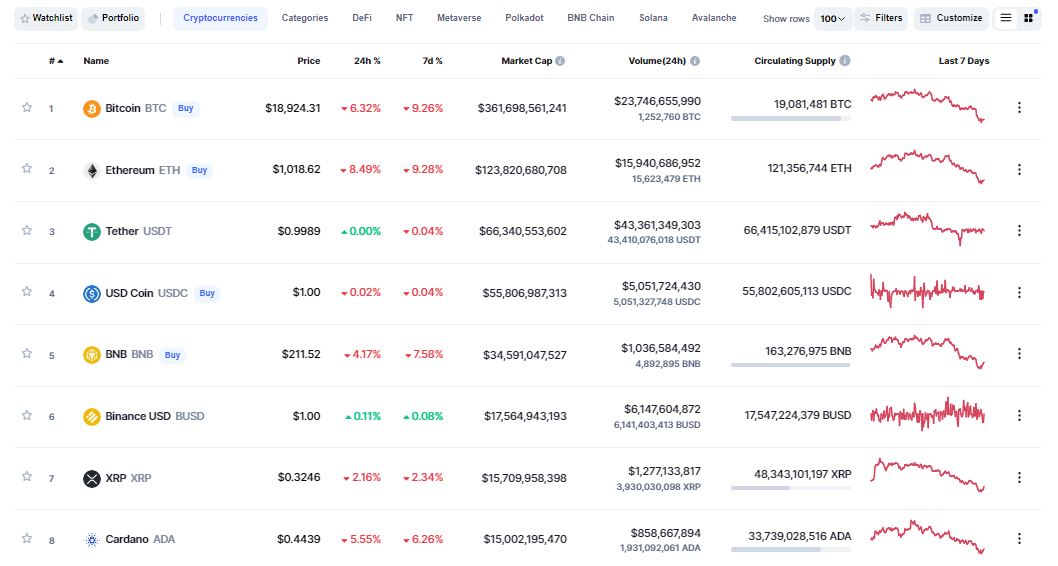 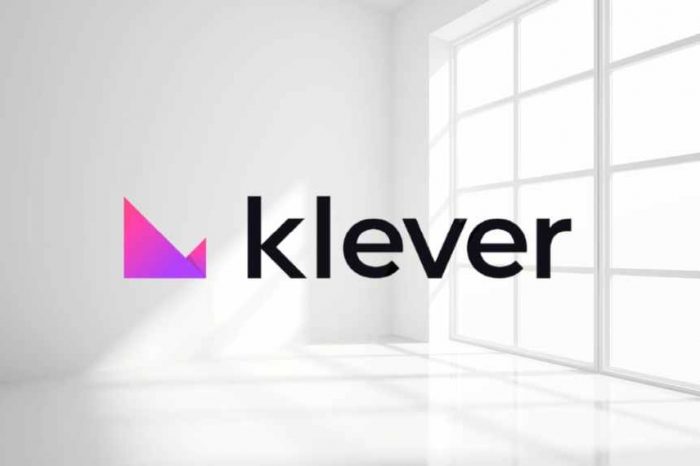