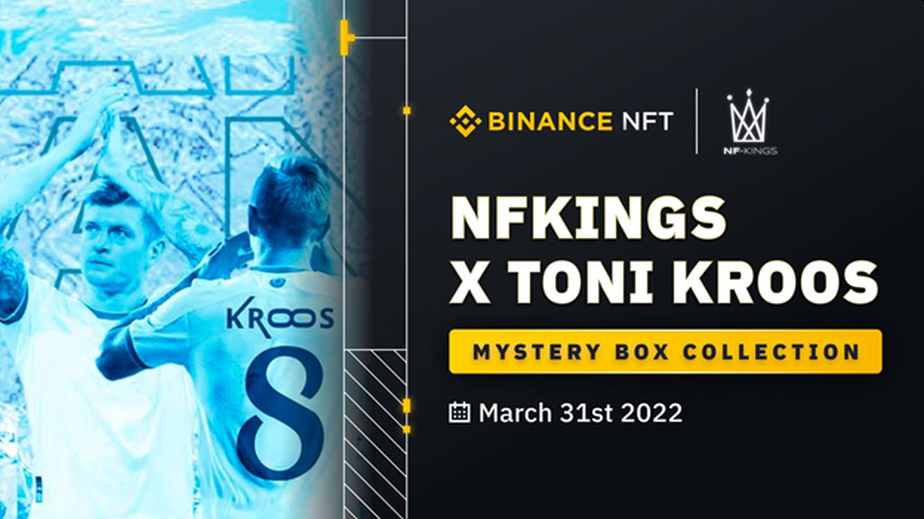 Love it or hate it, non-fungible token (NFT) is no longer just a fad. NFTs have become digital assets that are slowly making their way into every industry. Initially, many people were dismissive of NFTs as some kind of craze. Just last week, Universal Music entered the NFT space with the acquisition of Bored Ape NFT to lead its virtual music group.

Today, Binance NFT, the NFT marketplace of Binance, the world’s leading blockchain ecosystem, and cryptocurrency exchange, announced it is launching a unique collection in collaboration with Toni Kroos on March 31 at 11 AM UTC. Kroos is one of the best German soccer players in history currently playing as a midfielder for Real Madrid.

With the support of NFKings, a leading NFT and Metaverse player, this collection will be released as 6500 mystery boxes, each containing a hidden art piece made by Ahmed Abokor. The NFTs are based on Kroos’ career and his history as a soccer player, highlighting unique plays and moments. There will be 4 classes of rarity, going from SSR (Super Super Rare), SR (Super Rare), R (Rare) and N (Normal). Each mystery box will grant a chance to obtain any of the four categories, though the chances of receiving rare NFTs will of course be lower.

The NFT holders will have a chance to receive unique perks and rewards from Toni Kroos, including signed jerseys and memorabilia, as well as an opportunity to have a video call with Kroos. A significant portion of the revenue from the sale will be donated to the Toni Kroos Foundation, which focuses on helping sickly children and their families, and to the UN Refugee Agency, which is a global organization dedicated to saving lives and protecting the rights of refugees from war, political repression and natural disasters.

Toni Kroos, born in January 1990, is one of the most well-regarded midfielders in recent soccer history. Kroos made his mark in Football history as a member of the German National Football team during the 2014 World Cup, contributing to the team’s victory in one of the most spectacularly dominating world cup matches in recent history, the semi-final against Brazil (the 7-1). There, he was named Man of the Match. After the World Cup, Kroos was signed to Real Madrid, where he continues to play to this day while earning numerous trophies and personal achievements. Real Madrid dominated the Champions League for three straight years from 2015 and 2018 with his participation, while also winning several La Liga titles during his tenure.

The release of the NFTs aims to offer new ways for the player to interact with his loyal fans, all while contributing to the charitable cause Kroos cares deeply about. Binance-based NFTs are environmentally friendly thanks to the usage of Proof of Stake, and are available to a large swath of regular crypto fans, which makes the platform an ideal choice for the player.

“I am extremely thankful to Binance, NFKings, and some amazing artists: Ahmed & Josha for bringing these NFTs to life,” said Kroos. “It’s an entirely new way of interacting with your fans, almost like player cards in the digital age. For me it’s all about making my fans happy while supporting children suffering from debilitating sickness who are helped by the Foundation.”

Binance NFT, the official NFT marketplace of Binance, offers an open market for artists, creators, crypto enthusiasts, NFT collectors, and creative fans around the world with the best liquidity and minimal fees. 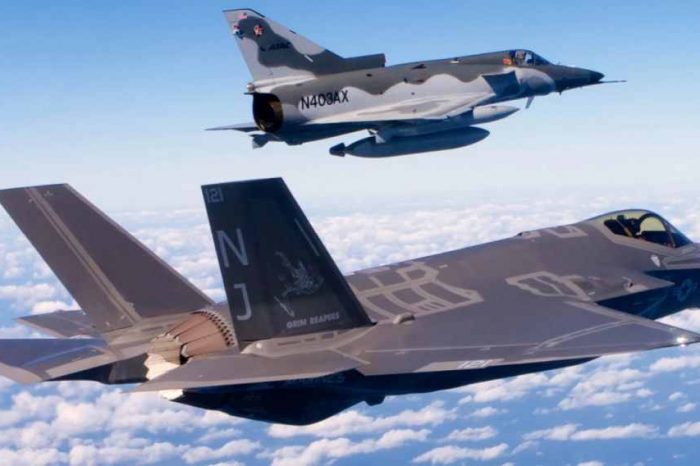 War Profiteering: Why big tech companies love war and how they rake in billions from the US government's $750 billion defense budget 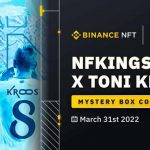