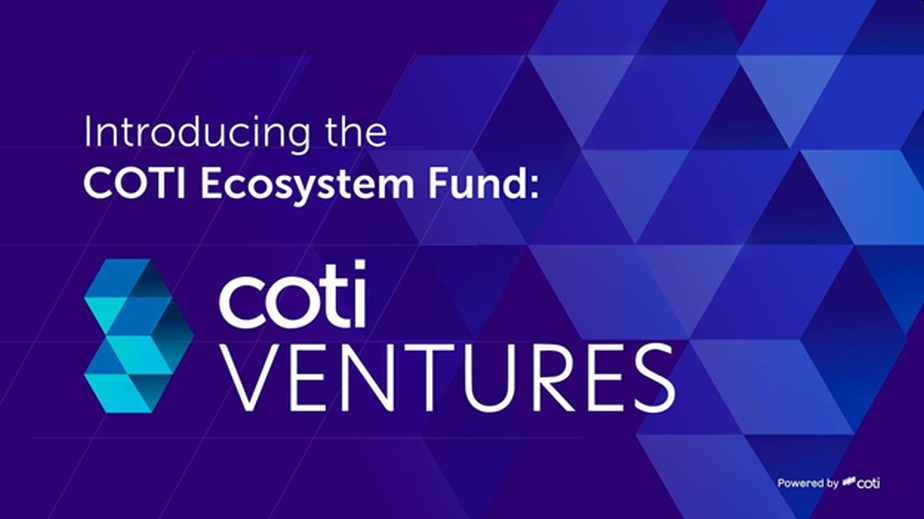 COTI, a Finance on the blockchain ecosystem, today announced the launch of COTI ecosystem fund called COTI Ventures to invest in and capitalize on the upside opportunity in the COTI ecosystem.  As part of the launch, COTI has also secured initial funding of  $10 million to invest in equity, tokens, and other forms of capital in early-stage startups developing solutions related to COTI’s ecosystem.

COTI plans to invest in strong and experienced founding teams with a robust business plan that relies on a great product-market fit and a quick time to market, thus creating strategic partnerships and encouraging new use cases for our tokens, products, or infrastructure.

The fund will be led by COTI’s CFO, Yair Lavi, and a team of skilled analysts and researchers, who will identify interesting opportunities for collaborations and analyze how they can contribute to the COTI business model. Apart from placing the initial investment, the team will advise the projects and use its expertise, connections, and resources to assist the founding teams in achieving their business objectives.

Recently, the fund has made its first investment in WingRiders, a new and promising Cardano DEX, by joining other participants in the funding round such as cFund, Longhash, and others. Upon meeting the team and performing a thorough analysis of the tech and the business plan, we were very impressed by the founders and convinced of their ability to become a leading platform in the Cardano ecosystem.

The second investment was at AdaSwap, which raised a $2.6M round that included leading investors, such as Hollywood star, Gal Gadot. Both investments include a partnership with the projects, as well as Djed integration into their platforms, which will enable increased liquidity and Djed’s participation in trading assets through liquidity pools, Djed pairs, and more.

In a statement, Yair Lavi, COTI’s CFO said: “I look forward to my new adventure as head of COTI Ventures. During my 4 years at COTI I’ve seen our ecosystem, as well as our variety of products and services, grow tremendously, and the next evolution is to encourage new teams to work together with COTI by assisting them in their initial fundraising. In the past few months, we’ve seen numerous funds and multinational organizations like a16z, Sequoia, Bessemer, and Bain setting up dedicated web3 and blockchain funds, as they believe blockchain technology and the new web3 economy will take a major place in our life in the near future. We’re excited to join them and others in partnering with the most talented founders forging this new future”.

Anyone interested in collaborating with the COTI ecosystem can apply for investment from COTI Ventures by  sending an email to: contact@coti.vc

COTI is a fully encompassing “Finance on the blockchain” ecosystem, specifically designed to meet the challenges of both centralized finance (fees, latency, global inclusion, and risk) and decentralized finance DeFi (fees, clogging, and complexity) by introducing a new type of DAG-based base protocol and infrastructure that is scalable, fast, private, inclusive, low cost and is optimized for finance. 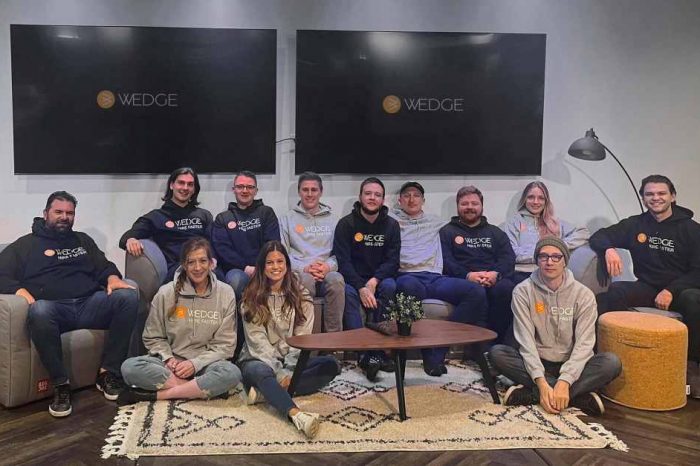 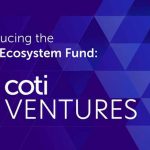