MIT study examines the unintended consequences of mRNA vaccines. “Worse than the disease?”

Can the vaccine be worse than the disease? That’s the question some researchers and scientists have been asking since Sweden reported more than 30,000 cases of side effects from covid-19 vaccines in May 2021. One of those scientists is MIT scientist Stephanie Seneff.

A month after the Swedish study came out, Dr. Seneff, Ph.D., a senior research scientist at MIT, in collaboration with Dr. Greg Nigh of Naturopathic Oncology and Immersion Health in Portland, published a paper in the International Journal of Vaccine Theory, Practice, and Research. The paper is titled, “Worse Than the Disease: Reviewing Some Possible Unintended Consequences of mRNA Vaccines Against COVID-19.”

The paper provides some of the most comprehensive descriptions of some of the possible unintended consequences of the mRNA gene transfer technologies incorrectly referred to as “COVID vaccines.” The paper was later reprinted in the Townsend Letter, the Examiner of Alternative Medicine on December 9, 2021.

When Operation Warp Speed was announced in early 2020, Dr. Seneff diverted her attention to the science of mRNA gene transfer technologies. Prior to that, she has been conducting research at MIT for over five decades, has spent a large portion of her career investigating the hazards and mechanisms of action of glyphosate.

As you might remember, in July 2020, the U.S. government reached a deal with Pfizer and German biotech firm BioNTech to buy 100 million doses of coronavirus vaccine for $2 billion as part of the Operation Warp Speed program. Then in late 2020 and early 2021, The U.S. Food and Drug Administration (FDA) approved Pfizer’s and Moderna’s mRNA vaccines for emergency use authorization after interim data suggested high efficacy for both of these vaccines.

Historically, vaccine development is a long expensive and complex process that can take more than 10 years. However, the mRNA vaccines for covid-19 were developed in just one year as part of the Operation Warp Speed. In her paper, Dr. Seneff expresses her concerns about the rapid approval of these mRNA vaccines saying:

“The exceptionally rapid movement of these vaccines through controlled trials and into mass deployment raises multiple safety concerns.”

She later went on to highlight many factors that lacked precedent, yet were being implemented at breakneck speed. She stated, “Many aspects of Covid-19 and subsequent vaccine development are unprecedented for a vaccine deployed for use in the general population,” including:

1. First to use PEG (polyethylene glycol) in an injection
2. First to use mRNA vaccine technology against an infectious agent
3. First time Moderna has brought any product to market
4. First to have public health officials telling those receiving the vaccination to expect an adverse reaction
5. First to be implemented publicly with nothing more than preliminary efficacy data
6. First vaccine to make no clear claims about reducing infections, transmissibility, or deaths
7. First coronavirus vaccine ever attempted in humans
8. First injection of genetically modified polynucleotides in the general population

“In this paper we will be briefly reviewing oneparticular aspect of these unprecedented events, namely the development and deployment of mRNA vaccines against the targeted class of infectious diseases under the umbrella of “SARS-CoV-2.” We believe many of the issues we raise here will be applicable to any future mRNA vaccine that might be produced against other infectious agents, or in applications related to cancer and genetic diseases, while others seem specifically relevant to mRNA vaccines currently being implemented against the subclass of corona viruses,” the authors said.

About a year after the paper was published, a new study out of Sweden confirmed one of the concerns raised in the study–the transcription of RNA to DNA. The Swedish study found that Pfizer mRNA vaccine does indeed integrate into our DNA through liver cells in as fast as 6 hours, in-vitro.

The paper concluded with recommendations and a host of concerns that still need to be addressed.

“Experimental mRNA vaccines have been heralded as having the potential for great benefits, but they also harbor the possibility of potentially tragic andeven catastrophic unforeseen consequences. The mRNA vaccines against SARS-CoV-2 have been implemented with great fanfare, but there are many aspects of their widespread utilization that merit concern. We have reviewed some, but not all, of those concerns here, and we want to emphasize that these concerns are potentially serious and might not be evident for years or even transgenerationally.”

“In order to adequately rule out the adverse potentialities described in this paper, we recommend, at a minimum, that the following research and surveillance practices be adopted:

• A national effort to collect detailed data on adverse events associated with the mRNA vaccines with abundant funding allocation, tracked well beyond the first couple of weeks after vaccination.
• Repeated autoantibody testing of the vaccine-recipient population. The autoantibodies tested could be standardized and should be based upon previously documented antibodies and autoantibodies potentially elicited by the spike protein. These include autoantibodies against phospholipids, collagen, actin, thyroperoxidase (TPO), myelin basic protein, tissue transglutaminase, and perhaps others.
• Immunological profiling related to cytokine balance and related biological effects. Tests should include, at a minimum, IL-6, INF-α, D-dimer, fibrinogen, and C-reactive protein.
• Studies comparing populations who were vaccinated with the mRNA vaccines and those who were not to confirm the expected decreased infection rate and milder symptoms of the vaccinated group, while at the same time comparing the rates of various autoimmune diseases and prion diseases in the same two populations.
• Studies to assess whether it is possible for an unvaccinated person to acquire vaccine-specific forms of the spike proteins from a vaccinated person in close proximity.
• In vitro studies to assess whether the mRNA nanoparticles can be taken up by sperm and converted into cDNA plasmids.
• Animal studies to determine whether vaccination shortly before conception can result in offspring carrying spike-protein-encoding plasmids in their tissues, possibly integrated into their genome.
• In vitro studies aimed to better understand the toxicity of the spike protein to the brain, heart, testes, etc.

Abstract
Operation Warp Speed brought to market in the United States two mRNA vaccines, produced by Pfizer and Moderna. Interim data suggested high efficacy for both of these vaccines, which helped legitimize Emergency Use Authorization (EUA) by the FDA. However, the exceptionally rapid movement of these vaccines through controlled trials and into mass deployment raises multiple safety concerns.

In this review we first describe the technology underlying these vaccines in detail. We then review both components of and the intended biological response to these vaccines, including production of the spike protein itself, and their potential relationship to a wide range of both acute and long-term induced pathologies, such as blood disorders, neurodegenerative diseases and autoimmune diseases. Among these potential induced pathologies, we discuss the relevance of prion-protein-related amino acid sequences within the spike protein. We also present a brief review of studies supporting the potential for spike protein “shedding”, transmission of the protein from a vaccinated to an unvaccinated person, resulting in symptoms induced in the latter.

We finish by addressing a common point of debate, namely, whether or not these vaccines could modify the DNA of those receiving the vaccination. While there are no studies demonstrating definitively that this is happening, we provide a plausible scenario, supported by previously established pathways for transformation and transport of genetic material, whereby injected mRNA could ultimately be incorporated into germ cell DNA for transgenerational transmission. We conclude with our recommendations regarding surveillance that will help to clarify the long-term effects of these experimental drugs and allow us to better assess the true risk/benefit ratio of these novel technologies.

Here is the PDF version of the study. 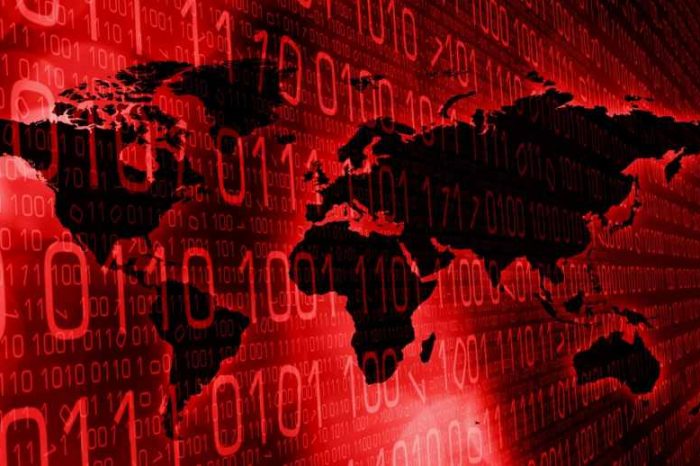 MIT study examines the unintended consequences of mRNA vaccines. “Worse than the disease?”