In the late 1990s, there was a popular American television game show called “Who Wants to Be a Millionaire.” The show was adapted from the same-titled British program created by David Briggs. The show features a quiz competition with several contestants competing for the chance to win $1 million. In the end, a single contestant goes home with a top prize of $1 million.

Fast forward over two decades later. Things have changed and people no longer want to be millionaires. Instead, they want to “go to the moon” and become the next Elon Musk. With social media filled with overnight success stories of young people making billions from cryptocurrency, everybody now wants to be a billionaire.

Today, the internet abounds with success stories of overnight crypto millionaires. For instance, the news of how two brothers went from nearly jobless to multi-millionaires with a bizarre crypto bet made the headlines. CNN shared a story of how Tommy, 38, and James, 42, in Westchester, New York, woke up to learn that they had become multi-millionaires overnight after they invested in Shiba Inu coin — a spinoff of dogecoin.

The story of Tommy and James is just one of many popular stories of overnight crypto millionaires making the headlines. However, these stories do not reflect the reality for many bitcoin or crypto investors. These stories also did reflect the traditional “zero-sum game.” As crypto critic Stephen Diehl explains it, “It’s a negative-sum scheme. For every winner there are multiple losers. Play this out on long-time scales and there’s a LOT of losers. Artificially deflationary schemes are socially corrosive.”

The fear of missing out (FOMO) has driven many, young and old alike, to invest their hard-earned money into cryptocurrencies. They misjudge the risks and follow the herd. So, what’s the truth about those who have invested in bitcoin and other cryptocurrencies over the past few years?

According to a study conducted by cryptocurrency investment firm 21Shares, more than half of bitcoin investors are in the red. As of February 8, 2022, roughly 55% of Bitcoin investors were underwater, CNN Money reported, citing data from 21Shares.

The 55% figure is actually an improvement from back in January when Bitcoin was trading about $35,000. At that time, “more than two out of every three (66%) Bitcoin investors were in the red,” 21Shares Head of Research Eli Ndinga said.

21Shares’ analysis and insights into Bitcoin investors were made possible thanks in part to the transparent nature of the blockchain, the underlying digital ledger technology used by Bitcoin, and more than 10,000 other cryptocurrencies.

By collating all such timestamps, 21Shares is able to aggregate the cost basis for every bitcoin transaction on record. Explaining how the 21Shares arrive at the numbers, Ndinga said:

“Each address has essentially a timestamp attached to the transaction, so if you bought in 2014, we would know that [someone] bought at 5 pm CDT on a certain day two bitcoin, and that’s your cost basis.”

Meanwhile, the 66% number is also supported by a January report which found that the majority of people who bought bitcoin in 2021 lost their investment. As American stockbroker Peter Schiff also noted in a tweet early in January, he challenged the narrative that Bitcoin had a stellar 2021. The famed Bitcoin critic claimed that although Bitcoin had a 60% leap over the last year, all the gains were achieved within the last few weeks of 2021 as you can see in the chart below.

“Bitcoin bulls point to Bitcoin’s 50% gain in 2021 as more evidence that it’s the best asset to buy. But all of those gains occurred during the first five weeks of the year. Bitcoin is lower now than it was in Feb. The vast majority of people who bought Bitcoin in 2021 are down!” Schiff tweeted.

#Bitcoin bulls point to Bitcoin's 60% gain in 2021 as more evidence that it's the best asset to buy. But all of those gains occurred during the first five weeks of the year. Bitcoin is lower now than it was in Feb. The vast majority of people who bought Bitcoin in 2021 are down!

Will this be a wake-up call to everyone that puts their money in speculative investment? Time will tell. One thing we all agree on is that Bitcoin is a speculative, unregulated, and volatile asset driven by speculation and geopolitical risks. 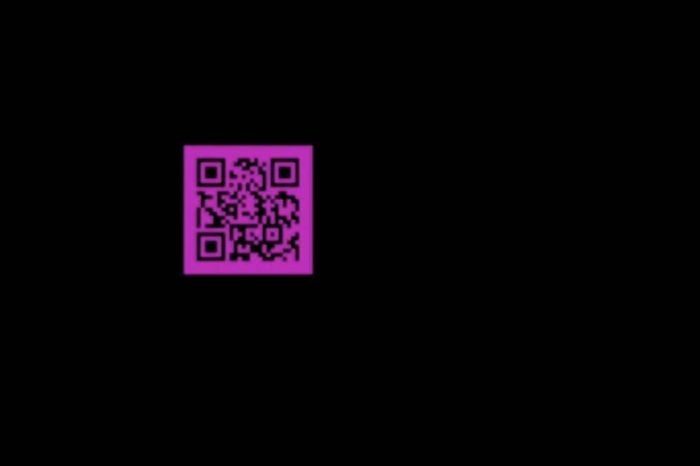 Coinbase spent $14 million on a Super Bowl ad for a color-changing QR code that bounces around on the screen for 30-seconds; now the website just crashed