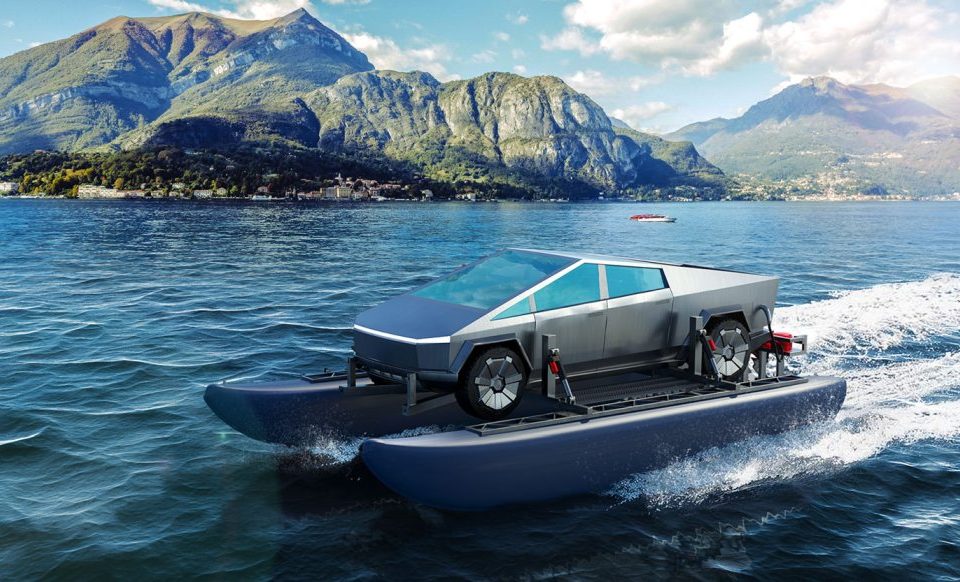 Whether for fishing, daysailing, or world cruising, the use of catamarans has grown in popularity over the last decade. Catamarans are twin-hulled sailing and powered boats developed for sport and recreation in the second half of the 20th century. Unlike a sailboat which has only one displacement hull which allows them to travel more smoothly through the water, a catamaran is balanced on two hulls, with the sails in the middle.

This week, a Seattle-based startup called Cybercat just unveiled a DIY conversion kit that quickly transforms the Tesla Cybertruck into an all-electric high-performance amphibious catamaran. With its large battery, tough construction, and adaptive air suspension, the Cybertruck is just a few components away from transforming into a capable all-electric amphibious watercraft. The kit also comes with a hydrofoil extension option. The accessories kit is estimated to be between $22,900-$32,900.

With the price of Cybertruck ranging from $39,900 for a single-motor, rear-wheel-drive Tesla to $69,900 for Tri-Motor all-wheel-drive Cybertruck, your customized catamaran is going to cost between $62,000 to about $100,000. Before you go and buy a new Cybertruck, you may have to wait until at least early next year. Elon Musk announced back in January that the Cybertruck will be delayed again to “hopefully next year.”

Cybercat catamaran was designed and developed by Anthony Diamond. He is the CEO and founder of MemoryMaps, a software-based learning tool that enables you to easily remember everything you study so you can make every course count. Diamond first got the inspiration for the Cybercat catamaran while he was snowed in during a holiday trip.

Cybercat catamaran accessories kit comes with two pontoons and up to five 50 kW outboard motors powered by the Cybertruck’s battery and hopes to reach speeds over 25 mph. The kit is currently patent pending and taking reservations for priority status. 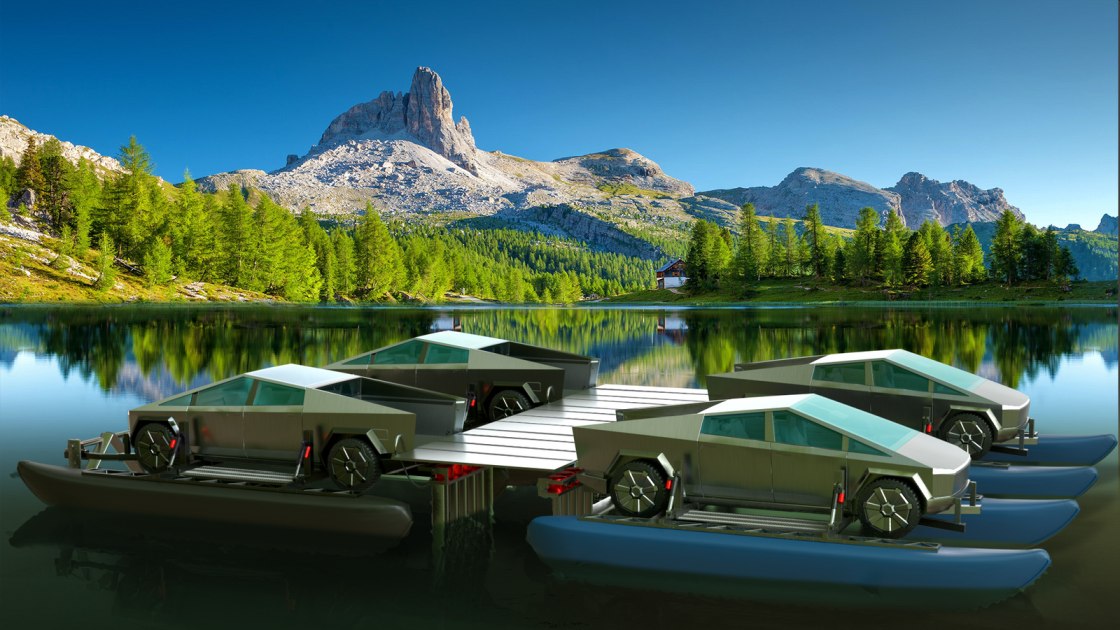 “As an early Cybertruck reservation holder (and a Model 3 owner who believes in Tesla’s ability to deliver) I was excited about tweets that Cybertruck could be a boat for short periods but figured it would never go fast enough for my use case,” Diamond said in a tweet.

Diamond continued, “While stuck at home in bad weather, it hit me that I could apply the core design principles from my personal watercraft concept to the Cybertruck to quickly transform it into an all-electric high-performance amphibious catamaran.”

In a post on Twitter, Diamond shared the video of the Cybercat catamaran. “Holiday trip was snowed in, so I spent the time developing Cybercat™ and Cybercat Foiler™. Endless adventure awaits! #cybercat @WholeMarsBlog @teslaownersSV @TheTeslaLife @TeslaMotorsClub,” Diamond tweeted.

According to the information on its website, the Cybercat Catamaran will be equipped with up to five 50 kW outboard motors – for a total output of 335 horsepower (5x 50 kW outboard electric motors) – that are intended to be powered by the Cybertruck’s battery pack. The Cybercat can reach a top speed of over 40 miles per hour. 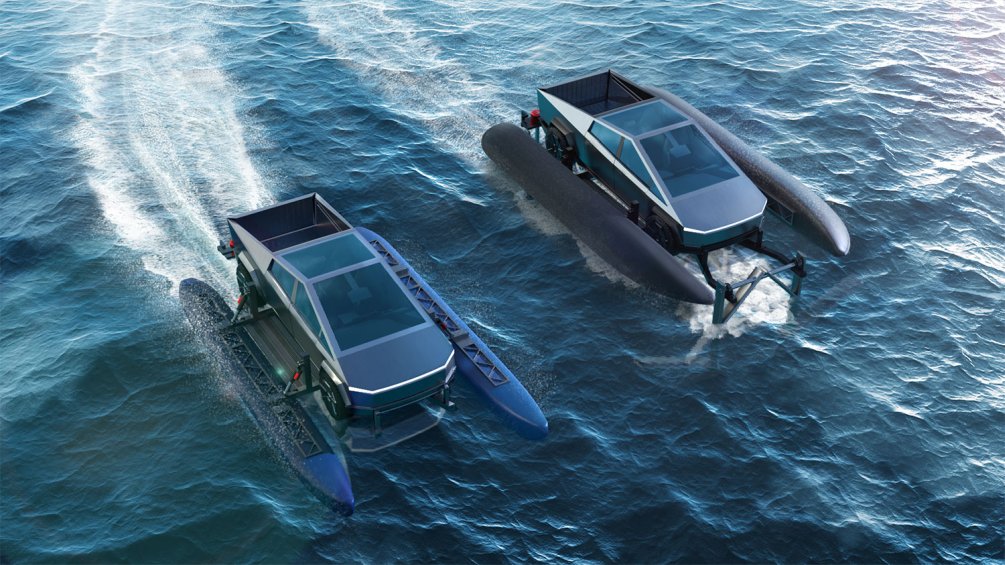 The adaptive ride height of the Cybertruck and the folding inflatable pontoons of the Cybercat provide 12″ of ground clearance. Once in the water, the electric outboard motors, pontoons, and hydrofoils fold down, and the wheels retract out of the water for quick takeoff. In shallow water or around docks, Cybercat can precisely maneuver propelled by the wheel rotation of the Cybertruck. Users can upgrade from the Cybercat base model for $10,000 to $20,000 depending on configurations. 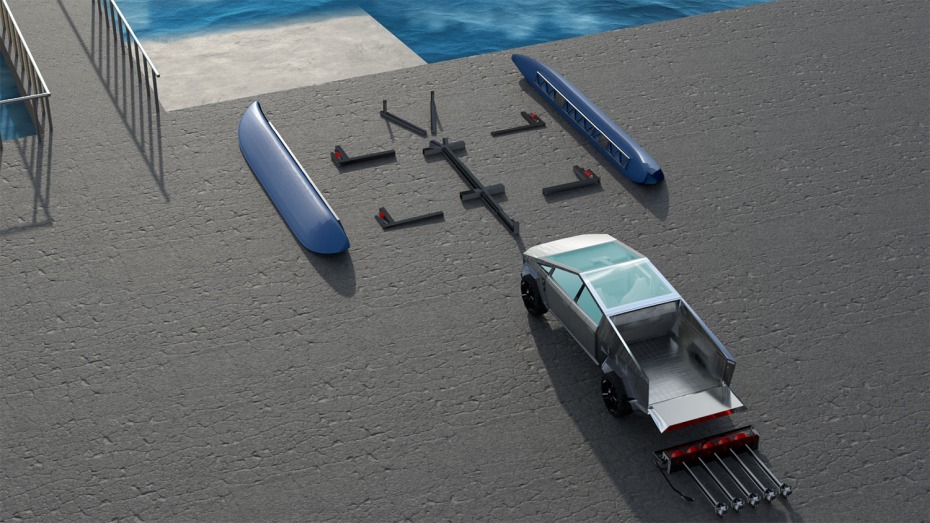 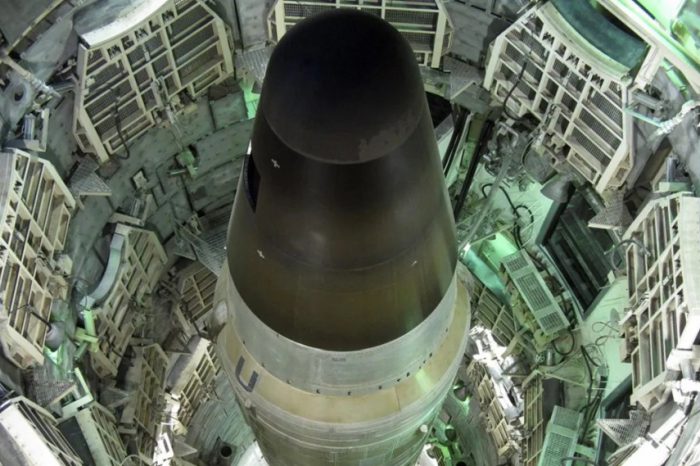 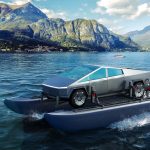