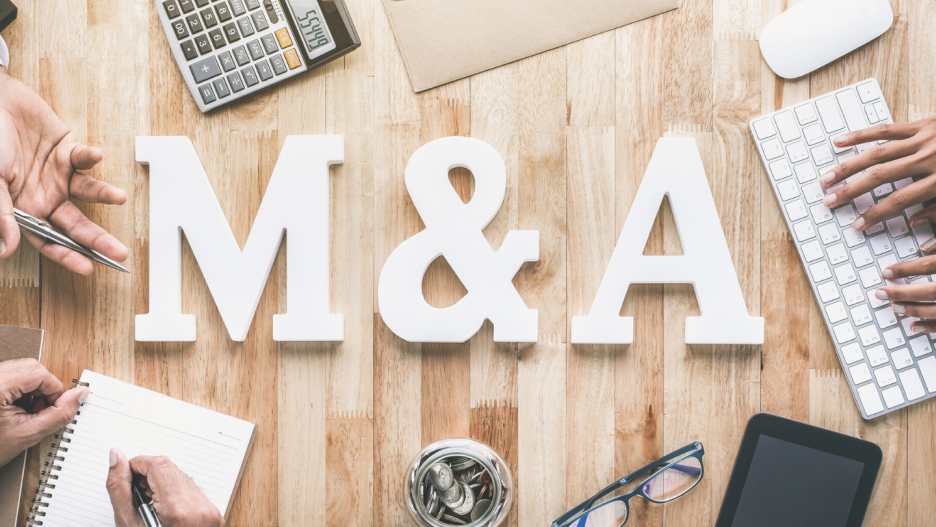 2021 was a blockbuster year for merger and acquisition (M&A). For the first time ever, global M&A volumes topped $5 trillion, comfortably surpassing the previous record of $4.55 trillion set in 2007, Dealogic data showed. According to a report from Reuters citing data from Refinitiv, the overall value of M&A stood at $5.8 trillion in 2021, up 64% from a year earlier.

Flush with billions of cash and encouraged by soaring stock market valuations, large buyout funds, corporates, and financiers struck 62,193 deals in 2021, up 24% from the year-earlier period, as all-time records tumbled during each month of the year.

The United States led the way for M&A, accounting for nearly half of global volumes – the value of M&A nearly doubled to $2.5 trillion in 2021, despite a tougher antitrust environment under the current Biden administration.

However, another data from analytics company GlobalData tells a completely different story with a much lower number of over 38,000 deals worth $3.8 trillion in 2021. GlobalData reported that the number of merger and acquisition (M&A) deals valued at over $1 billion rose by a staggering 62% in 2021, compared to 2020—reaching 825 deals. The total deal value for 2021 was $3.8 trillion.

With 2022 having already seen the huge Microsoft merger—a deal that GlobalData analysts note is the biggest tech merger ever—2022 is set to follow 2021’s trend of high-value deals, says GlobalData.

Sapana Maheria, Practice Head of Thematic Research at GlobalData, commented: “When it comes to M&As, the motto seems to be ‘go big or go home’ for 2021, with total deal volume jumping up 38% year-on-year (YoY). This healthy growth was to be expected following COVID-19, which left organizations realizing they need to digitize to stay relevant and meet the needs of a flexible-work workforce. Increased demand for remote working, home deliveries, automation, online streaming, and digital payments increased the relevance of technology themes such as AI, e-commerce, fintech, healthtech, and digital media.”

GlobalData’s latest report ‘Global M&A Deals in 2021 – Top Themes by Sector’, notes that technology, media, and telecom (TMT) continued to be the biggest sector in terms of both M&A deal value and volume—with 12,585 deals worth $1.27 trillion recorded in 2021. However, it was the automotive and healthcare sectors that witnessed the highest growth in year-on-year (YoY) deal value in 2021, at 108% and 94%, respectively. 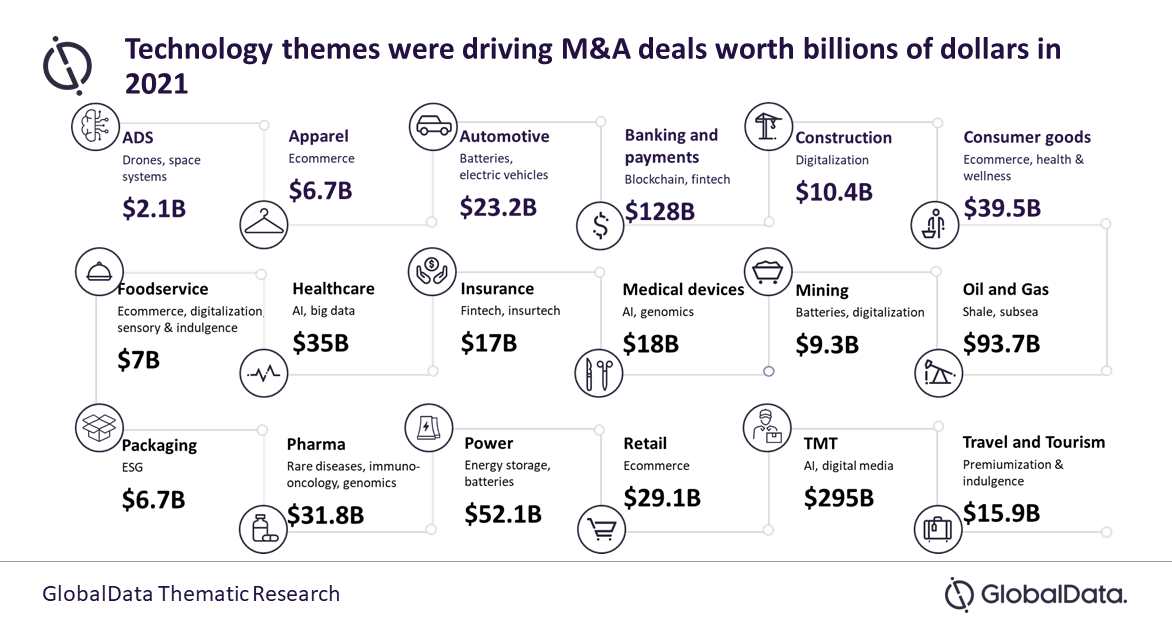 Maheria continues: “Across the industry, automakers and suppliers are announcing bold strategies to pivot away from producing combustion vehicles and toward electric models. This has seen many companies race to secure vital supplies of batteries, EV components, and the raw materials needed to create them.”

Maheria added saying that, “While technology themes continued to play a prominent role in driving M&A deals across all sectors in 2021, themes such as ESG* also gained traction, with many large deals announced—the Veolia and Suez merger worth $23 billion in the power sector; KKR’s acquisition of ERM for $2.9 billion; or Lucid Motors merging with Churchill Capital, a special purpose acquisition company (SPAC), in a $4.6 billion deal. This is only set to continue, with 65% of respondents to a GlobalData survey noting that ESG it is ‘very important’ to business decisions.” 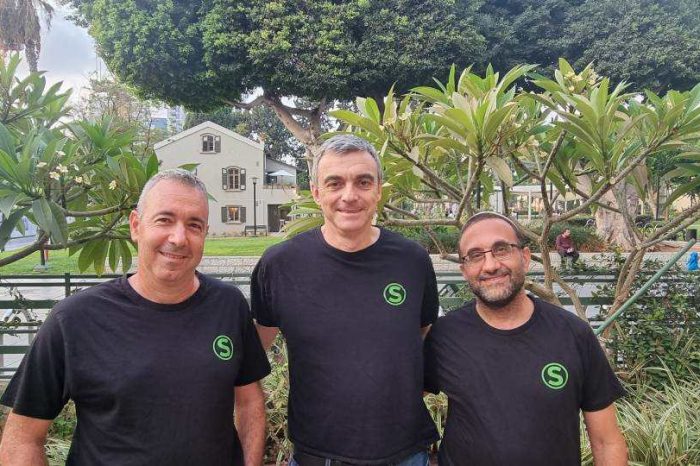 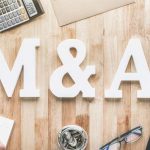