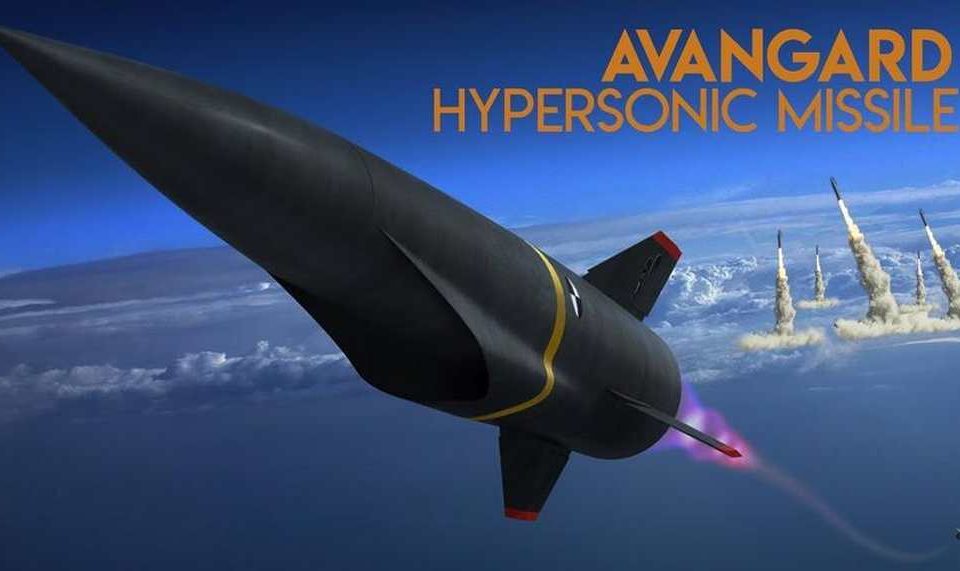 After two decades of war in Afghanistan, the United States’ war with the Taliban ended in disgrace with thousands of precious lives lost and trillions of dollars wasted. Will America never learn? Probably not.

According to a report from the New York Times, Biden is considering sending thousands of U.S. troops, warships, and aircraft to the Baltics and Eastern Europe amid rising tensions in Russia and Ukraine conflict. According to the Times, the decision would be a major shift from its restrained stance on Ukraine.

Now the question that everyone is asking is, why is a country that fails to defend its own border now trying to defend the border of Ukraine? That’s not all. Now imagine if China invades Taiwan and North Korea invades South Korea at the same time that Russia invades Ukraine. That means the United States could be fighting wars on three fronts. However, if the United States couldn’t even defeat a third-world like Afghanistan, what makes the US generals think they can defeat a nuclear-capable nation like Russia and China?

One of those weapons is the new Russia’s Avangard nuclear-capable hypersonic missile that’s capable of striking anywhere on the planet and wiping out an area ‘the size of France’ in less than an hour. The Avangard is just one of the six new Russian strategic weapons unveiled by Russian President Vladimir Putin on 1 March 2018.

During a 2018 speech, President Putin said “The hypersonic intercontinental rocket was capable of traveling 20 times the speed of sound and could ‘strike like a meteorite’. It’s like a fireball guided to its target.”

After watching the live feed of the launch of the Avangard Mr. Putin said, “It had been a great success and an excellent New Year’s gift to the nation.” He added:

“The Avangard is invulnerable to intercept by any existing and prospective missile defense means of the potential adversary”.

According to military analysts, “the maneuvering capability of the Avangard hypersonic missile makes it difficult to predict its trajectory and gives it the ability to protect itself from the air and ballistic missile defenses by delivering nuclear warheads to targets, for instance, in Europe and the US.” 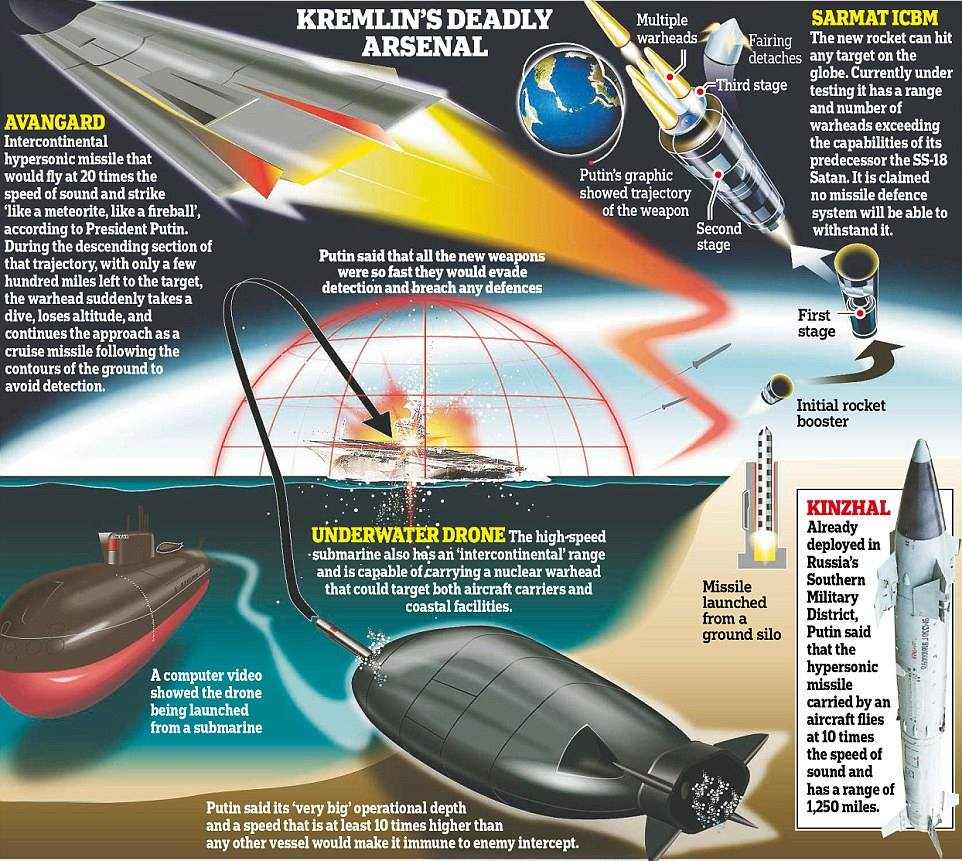 RIA Novosti news agency cited a military-diplomatic source as saying “It is time for our Western counterparts to accept the new reality. Russian ‘Kinzhal’ (missiles) are on duty, and ‘Avangard’ missiles have entered series production.”

Below is a video of Russia’s Avangard. 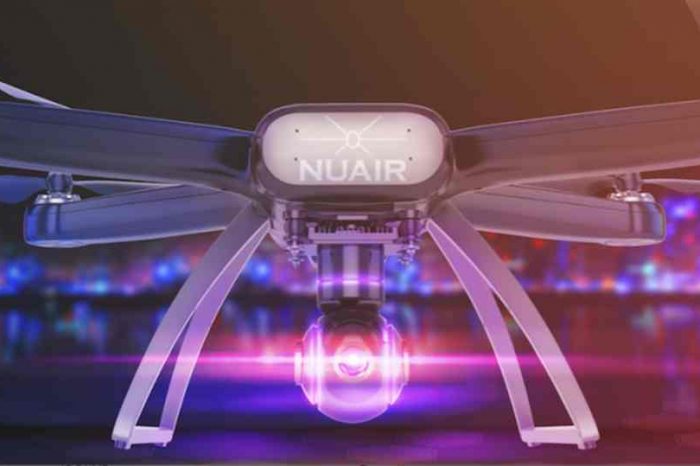 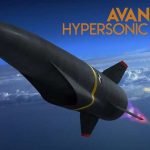