Earlier this week, the Russian military tested an anti-satellite weapon that left a cloud of debris in orbit. The test was conducted some 500 kilometers (310 miles) above the Earth. Astronauts aboard the International Space Station (ISS) were told to seek shelter in their docked spacecraft in case of a catastrophic collision. The missile blew up a Soviet “Tselina-D class” satellite that had been orbiting the Earth since 1982.

In response, the U.S. government called Moscow’s behavior “dangerous and irresponsible.” But Russian Defense Ministry denied the allegations and accused the United States of “hypocrisy,” considering past debris-generating anti-satellite weapons tests by China, India, and the United States. However, others see a bigger problem than just blowing up of satellites in space.

For example, on September 4, 2017, after The Verge posted a tweet of Russian President Vladimir Putin’s statement on Twitter. Speaking to schoolchildren about artificial intelligence, President Putin said, “Whoever becomes the leader in this area will rule the world.” On the same day and confirming his earlier warnings, Musk responded with these two words: “It begins….” In another tweet, Musk added:

For many years, Musk has been warning about the dangers of AI-powered robots. He went as far as predicting “scary outcomes” like in “The Terminator.” In another tweet, Musk also said that artificial intelligence could lead to a third world war in a recent ominous prediction. “China, Russia, soon all countries w strong computer science. Competition for AI superiority at national level most likely cause of WW3 imo,” Musk tweeted.

Meanwhile, SpaceX, which is pursuing the Starlink space program, has been accused of posing a threat to Russian security, according to Dmitry Rogozin, the Director of Roscosmos.  In an interview with Gazeta.ru, Rogozin said:

“It’s all history for the special forces. To transfer from one continent to another specially trained people, such technologies will be good. But this is not at all in order to open up the possibility for mankind to fly across the ocean in a matter of minutes.” 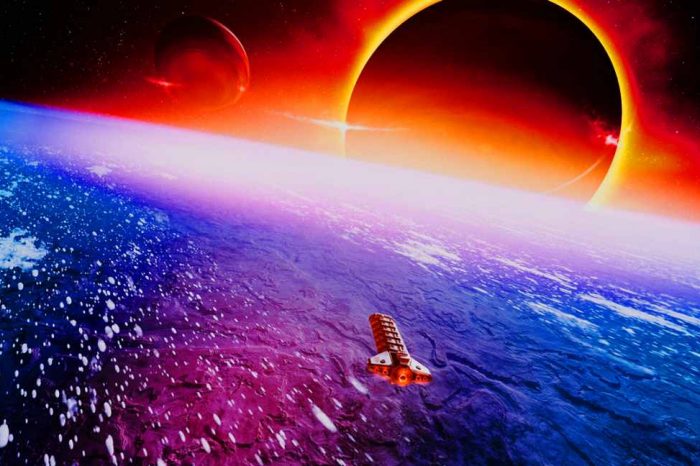