Scientists from two major Swedish universities recently released a worrisome paper that used a series of complex scientific techniques to look for the full-length coronavirus spike protein (the one the mRNA and DNA/AAV vaccines cause your body to produce) inside the nucleus of our cells.

As you probably know, the spike protein is the mechanism that the SARS–CoV–2 (coronavirus) uses to attach itself to the cell. Once it is attached, the virus can then infect it with its genetic code and replicate its code using the cell’s ability to produce copies. In other words, SARS–CoV–2 enters the host cells and spreads infections. The body’s defenses are immediately alerted and they are trying to fight off the virus.

But this process takes time to produce a defense as the virus continues to spread to even more cells. That’s where the vaccine comes in. The vaccine produces its own spike protein infects the also enters into the cell but does not replicate in the same way. The vaccine-generated spike protein stimulates the body’s immune system to produce antibodies to fight the virus.

All of the COVID-19 vaccines currently approved by the FDA are designed to instruct human cells to make harmless spike proteins — that mimick a viral protein that’s used by the SARS-CoV-2 virus to enter cells. When the immune system recognizes the spike proteins, which aren’t normally there, they start generating antibodies and building an immune response against them. The process, in turn, prepares the body against future infection.

Since the pandemic started over 18 months ago, health and medical experts have insisted that mRNA vaccines are NOT gene therapies because they supposedly have no impact on the nucleus of the cell and do not get inside the nucleus of the cell, where our DNA is stored. Instead, they said that the mRNA vaccine is degraded in the cytosol, a part of the cytoplasm which is outside the cell’s nucleus and surrounded by the cell membrane. You can read more about mRNA-vaccine technologies at the NIH website.

“An mRNA-vaccine has to reach the cytosol of target cells. However, as opposed to DNA vaccines, RNA vaccines only have to cross the plasma membrane, but not the nuclear envelope which may improve the probability of successful in vivo transfection.”

But now, scientists from two Swedish universities have argued that under certain unlikely circumstances the mRNA can make its way into the nucleus – but that debate is actually irrelevant here. The scientists were not looking for the vaccine material but instead for the presence of the coronavirus proteins, including the spike, in the nucleus. As part of their research, they also examine how the spike protein might impact the repair of damaged DNA in the nucleus.

As we all know, DNA is the repository of genetic information in each living cell, its integrity and stability are essential to life. As such, any environmental assault on the DNA in the form of chemicals or radiation may result in damage to the DNA. And if not repaired, will lead to mutation and possibly disease. To prevent this, human cells have mechanisms to repair their own DNA. To prevent an erroneous result, the scientists also use followed DNA damage treatments before conducting their study.

To be clear, the scientists did NOT prove the spike protein was causing these problems in people, or even animals. Nor did they show they had found the spike protein in human nuclei following the administration of Covid vaccines. Their research was confined to cells – in vitro, not in vivo. This means the research was conducted in a test tube or petri dish in a controlled lab environment.

This does not necessarily mean that the result of Vitro studies translates “irectly to what would happen in the much more complex biological environment of the body.”

The result of the second test to see if the SARS–CoV–2 spike protein inhibits DNA damage repair, the authors wrote:

“Together, these data demonstrate that the spike protein directly affects DNA repair in the nucleus.”

As the authors explained, “Our findings reveal a potential molecular mechanism by which the spike protein might impede adaptive immunity and underscore the potential side effects of full-length spike-based vaccines.” 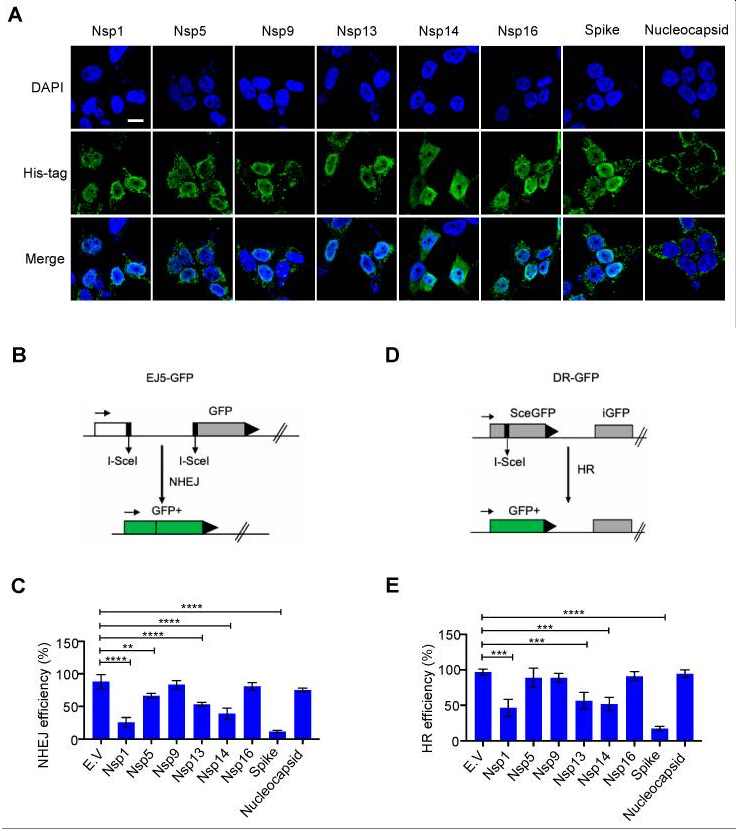 The finding is especially troubling considering that yesterday we just learned that hospitals and emergency rooms in Australia, Sweden, and the US are reporting thousands of seriously ill patients with blood clots and respiratory issues than before the pandemic. However, many of the patients don’t have Covid, and no one knows the cause of their sickness.

“Nonetheless, at a time when advanced countries that have high mRNA (and DNA/AAV) vaccination rates are seeing unusually full hospitals and higher-than-normal death rates, they are yet more cause for concern.”

Clinical studies have indicated that patients with severe COVID–19 exhibit delayed and weak adaptive immune responses; however, the mechanism by which SARS–CoV–2 impedes adaptive immunity remains unclear. Here, by using an in vitro cell line, we report that the SARS–CoV–2 spike protein significantly inhibits DNA damage repair, which is required for effective V(D)J recombination in adaptive immunity.

Mechanistically, we found that the spike protein localizes in the nucleus and inhibits DNA damage repair by impeding key DNA repair protein BRCA1 and 53BP1 recruitment to the damage site. Our findings reveal a potential molecular mechanism by which the spike protein might impede adaptive immunity and underscore the potential side effects of full-length spike-based vaccines.

Below are some of the excerpts from their results.

DNA damage repair occurs mainly in the nucleus to ensure genome stability. Although SARS–CoV–2 proteins are synthesized in the cytosol [1], some viral proteins are also detectable in the nucleus, including Nsp1, Nsp5, Nsp9, Nsp13, Nsp14, and Nsp16 [19].

Because spike proteins are critical for mediating viral entry into host cells and are the focus of most vaccine strategies [20,21], we further investigated the role of spike proteins in DNA damage repair and its associated V(D)J recombination. Spike proteins are usually thought to be synthesized on the rough endoplasmic reticulum (ER) [1].

After posttranslational modifications such as glycosylation, spike proteins traffic via the cellular membrane apparatus together with other viral proteins to form the mature virion [1]. Spike protein contains two major subunits, S1 and S2, as well as several functional domains or repeats [22] (Figure 2A). In the native state, spike proteins exist as inactive full–length proteins.

During viral infection, host cell proteases such as furin protease activate the S protein by cleaving it into S1 and S2 subunits, which is necessary for viral entry into the target cell [23]. We further explored different subunits of the spike protein to elucidate the functional features required for DNA repair inhibition.

Only the full–length spike protein strongly inhibited both NHEJ and HR repair (Figure 2B–E and Figure S4A,B). Next, we sought to determine whether the spike protein directly contributes to genomic instability by inhibiting DSB repair.

Elon Musk launches a Twitter poll to ask if he should sell 10%  of his Tesla stock to pay billion in taxes; pledges to abide by the results of the poll