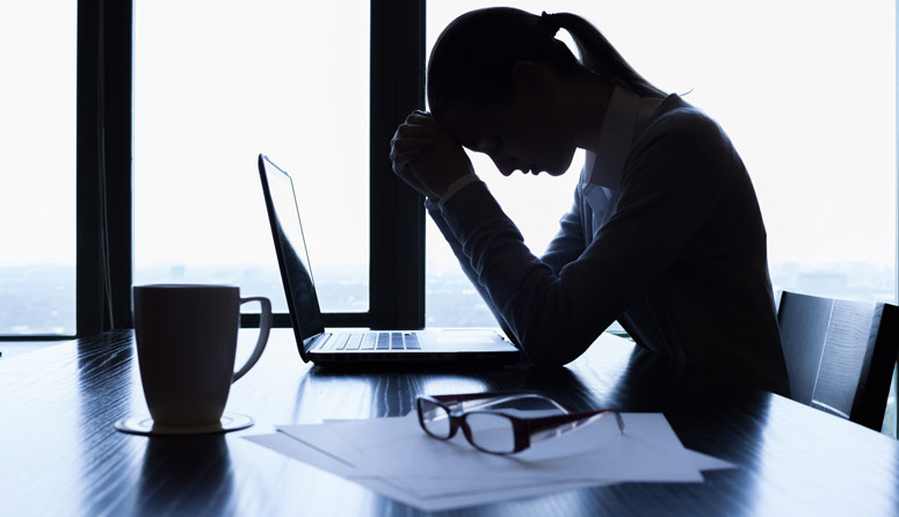 As of September 2021, there are 3.48 million Android apps, making Google Play the app store with the biggest number of available apps. The Apple App Store comes in the second-largest place with about 2.22 million iOS apps, according to data from Statista.

We now live in a world where there’s practically an app for everything. This year, it was revealed that the average person spends a total of 7 hours 11 minutes on their phone per day. But, whilst research proves that many of us turn to these apps to pass the time, how many of them are genuinely bringing us joy?

With this in mind, the team at Higher Visibility used a tool called TensiStrength to conduct a sentiment analysis of AppStore reviews in order to determine which Apps in 2021 make users around the world the most stressed. Their findings will surprise you.

Below is a summary of what the data reveals:

The Most Stress-Inducing Social Media Apps 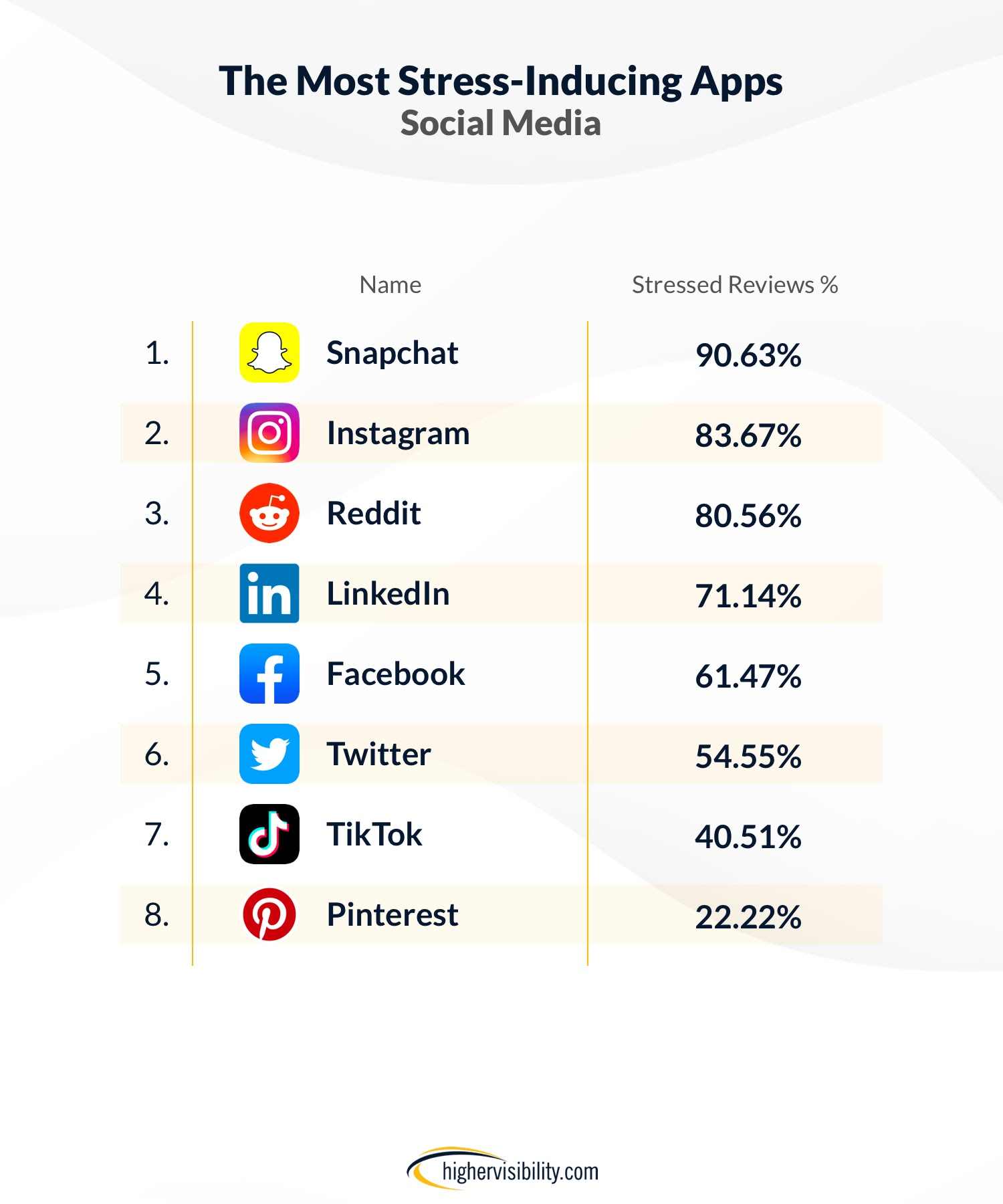 With a whopping 90.63% of reviews on the AppStore being calculated as stressed, Snapchat comes in at our number one most frustrating social media app.

The negative reviews are mainly users frustrated with technical issues, however many users stated that it is trying to be “more like TikTok”, but they shouldn’t be trying to “fix something that isn’t broken”. Several users were also found to be requesting a dark mode feature for the app.

Photo and video sharing app Instagram has 83.67% of stressed reviews, with many claiming it to be “addictive” and “damaging”.

A recent survey carried out on 1,500 people between the ages of 14-24 by the Royal Society for Public Health revealed that Instagram was found to have the most negative overall effect on young people’s mental health.

The Most Stress-Inducing Streaming Apps 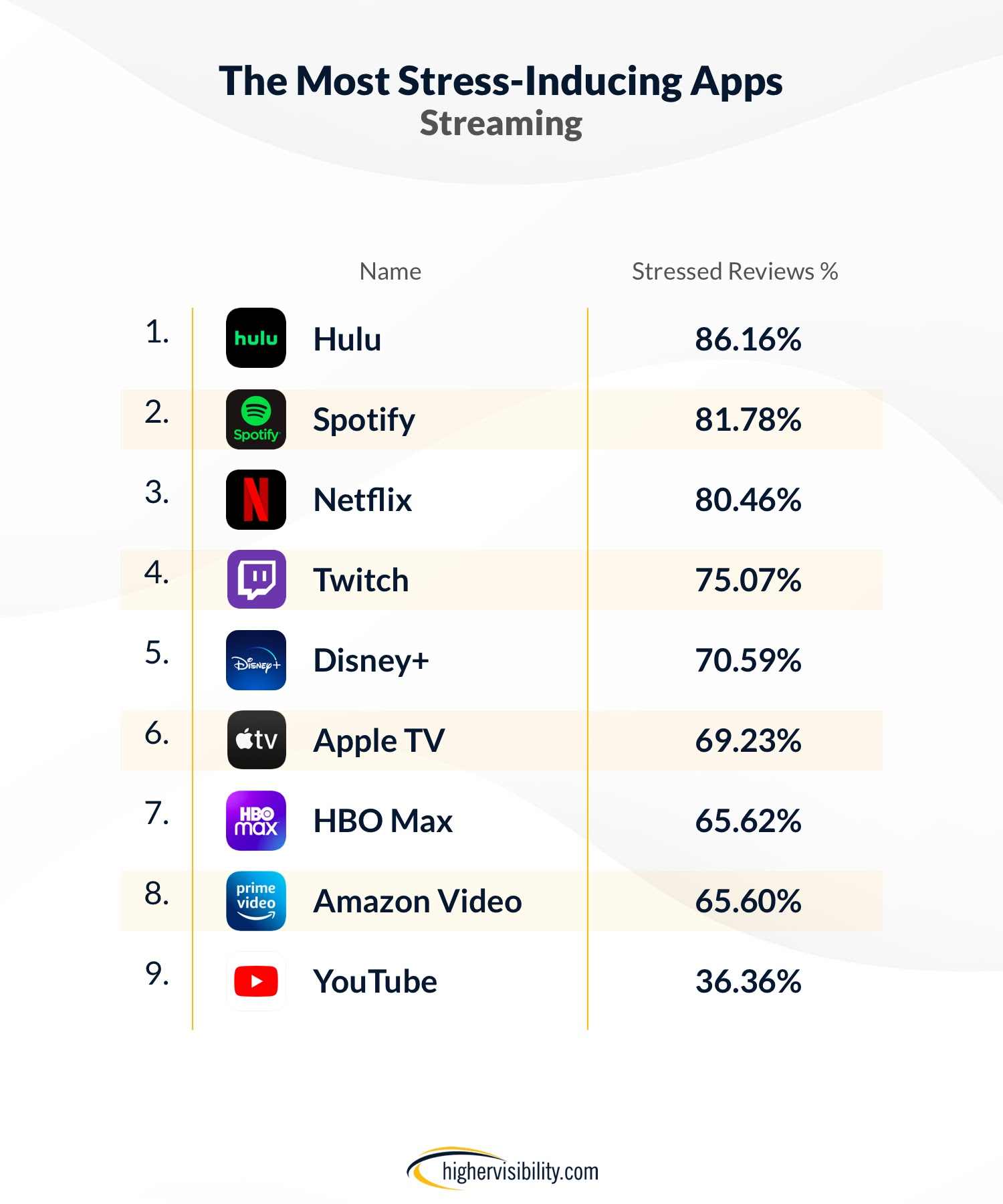 Surprisingly, Hulu ranks as the most stress-inducing streaming app with a whopping 86.16% of reviews calculated as ‘stressed’.

Hulu has 39 million subscribers to date. However, several users took to the AppStore to complain about technical issues with the app. Users also are not happy that you have to watch clips of other shows before you can stream what you have selected.

With 70.59% of the reviews on the AppStore being detected as stressed, Disney+ sits in the middle of the table. Disney+ is the newest of the apps only joining the market in November 2019. When analyzing the reviews, we found some pretty furious users. One review said, “There are way too many issues for an app that you have to BUY.”

The Most Stress-Inducing Communication Apps 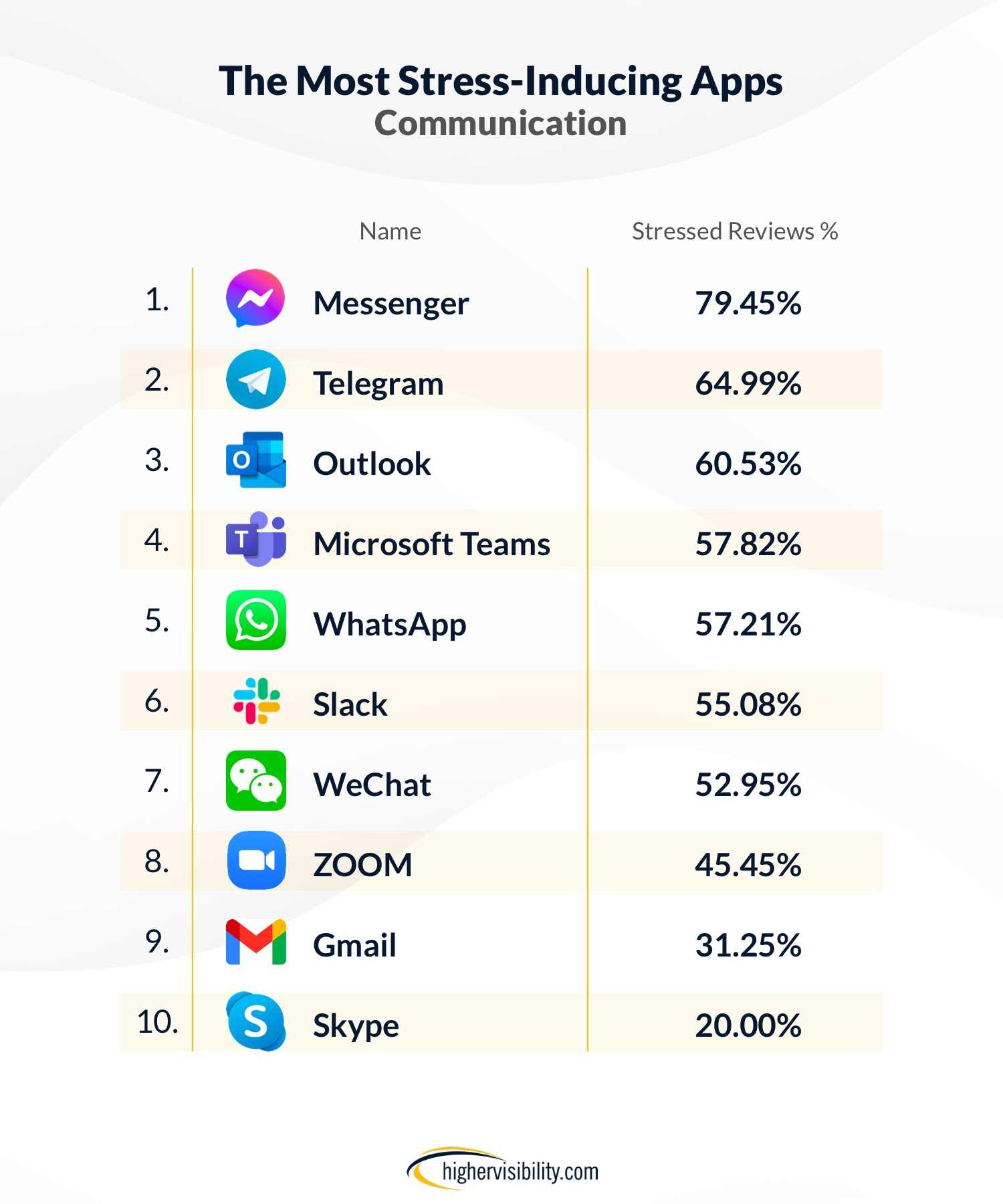 Messenger is ranked as the most stress-inducing communication app due to 79.45% of users leaving stressed and negative reviews of the app on the AppStore.

Some reviews that were left read, “This app is shocking!” and even went on to criticize the sound effects used “The in-app sounds are, to be honest, exceptionally annoying.”

Skype is the least problematic app in communications, with only 20% of reviews ranking as stressed. The app recently lost users to the rapid rise in ZOOM and Microsoft Teams, however, fans of Skype still remain. One positive user left a review stating that “[Skype has] Excellent service with tremendous improvements of late.”

The Most Stress-Inducing Food Delivery Apps 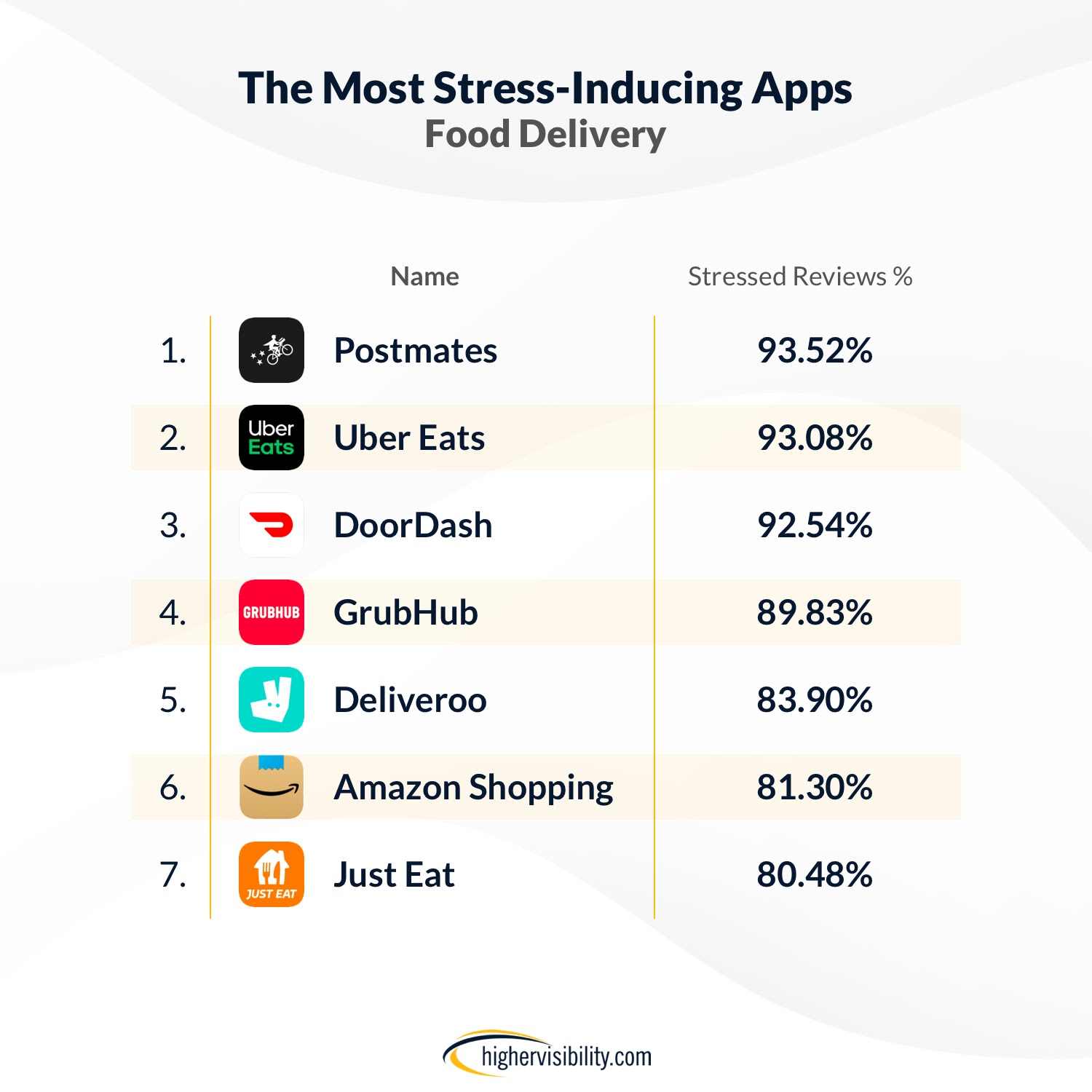 Ranging from 80% upwards in the amount of stressed reviews, food delivery apps are the most stress-inducing apps to use overall.

The most annoying food delivery app to users is Postmates. The app is an American food delivery service owned by Uber that offers local delivery of restaurant-prepared meals and other goods. We calculated that a crazy 93.52% of the reviews contained ‘stressed text’.

One of the most frustrating reviews read, “Can’t even begin to describe how angry I am after not getting what I ordered AND being robbed by hidden service fee!”. The app also sits at 1 Star on TrustPilot, which is full of furious customers that were left feeling unsatisfied.

The ‘least stressful’ app is Just Eat, but it still has 80.48% angry reviews. It comes from the tonnes of complications customers are facing when attempting to have food delivered to their door. One user said “Ordered a meal and was over an hour late. They blamed Just Eat.. Just Eat blamed the restaurant.” 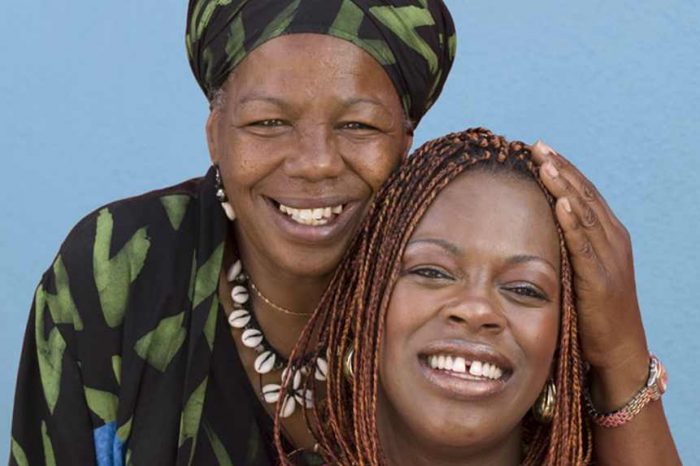 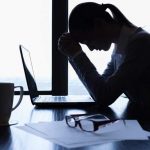