Three years after Apple became the first trillion company, Tesla on Monday becomes the world’s first automaker to reach a trillion-dollar valuation after its stock briefly hit a $1 trillion market cap following news that Hertz is ordering 100,000 vehicles to build out its electric vehicle rental fleet by the end of 2022.

The historic milestone makes Tesla a member of the exclusive trillion-dollar market cap companies like Apple, Amazon, and Microsoft. To put this in perspective, Tesla’s $1 trillion market cap is equal to about 5 percent of the total gross domestic product of the United States. 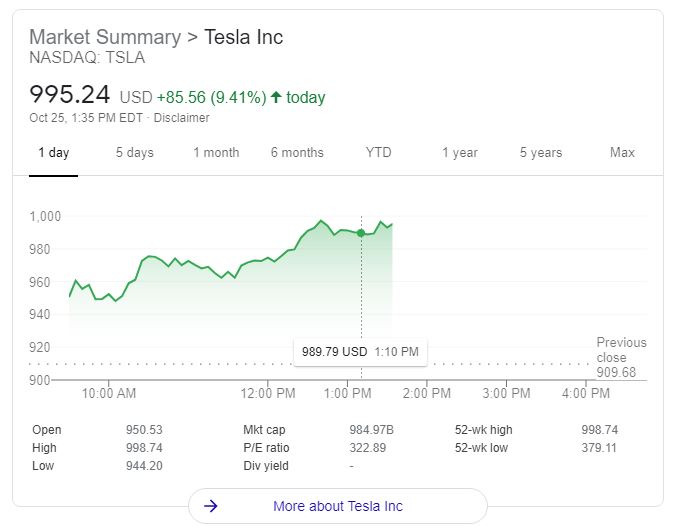 Tesla’s stocks have been rising since the pandemic began over 18 months ago. In 2020 alone, Tesla’s stock rose by 720 percent, making Tesla the most valuable car company in the world. Tesla’s market capitalization increased by more than $500 billion in 2020 and is now worth more than the 9 largest automakers combined, including Volkswagen, Toyota, Nissan, Hyundai, GM, Ford, Honda, Fiat Chrysler, and Peugeot.

Early this month, Tesla CEO Elon Musk also overtook Jeff Bezos to reclaim the title of the world’s richest person; the third person ever to amass a fortune worth $200 billion. With the current stock price of Tesla, Musk is now worth more than $230 billion and is potentially on his way to becoming the world’s first trillionaire.

News of the deal brought Tesla’s stock to more than $998 midday, a new record-high one trading day after shares hit $900. The stock is currently up around 9%. The deal, which will bring in a reported $4.2 billion for Tesla, is the largest ever purchase of electric vehicles, Bloomberg previously reported. 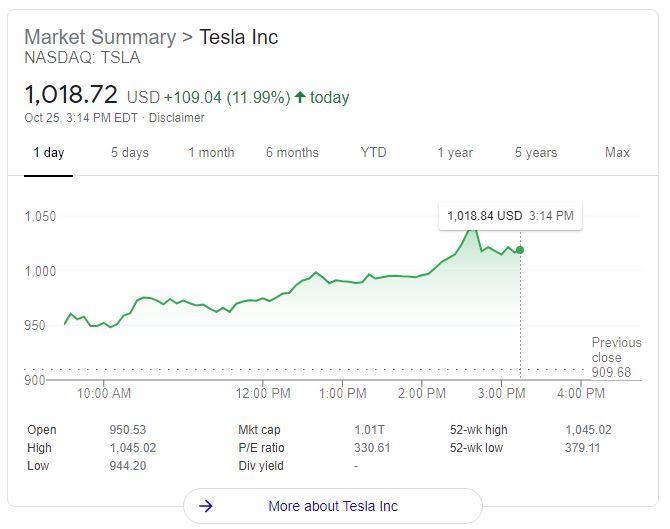 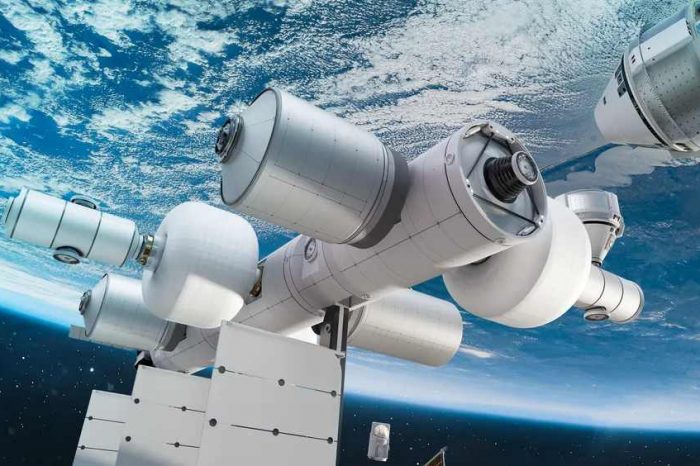