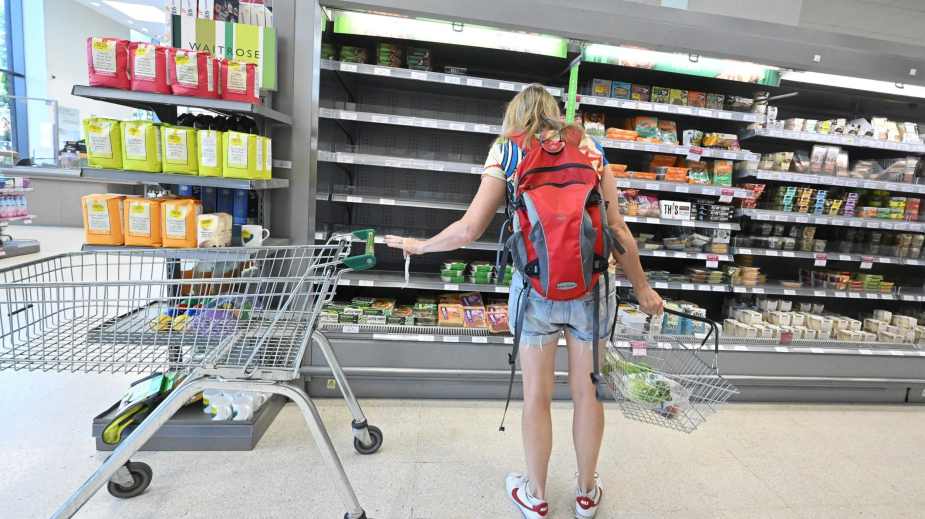 The UK food industry, already stressed from supply chain woes and labor shortages due to Brexit and the covid pandemic, is now under even more pressure due to the lack of carbon dioxide (CO2). Yes, you read it right–lack of CO2.

Over the past few decades, scientists have blamed the cause of climate change on carbon dioxide (CO2) emissions. Yes, too much CO2 is bad for the planet. However, what’s rarely discussed is that human beings cannot survive without CO2. Without carbon dioxide, humans wouldn’t be able to breathe. The human breathing mechanism actually revolves around CO2, not oxygen. You can read more about why need CO2 in our article here.

In addition, CO2 is an essential component in food supply chains. CO2 is used to stun animals including chickens and pigs humanely before slaughter. It is also used in packaging and to extend shelf life and dry ice that keeps perishable items frozen during delivery, including bread to extend shelf life and provide the fizz for beer, cider, and soft drinks. Without CO2, food supply chains break.

Early this month, CO2, which is also a byproduct of making fertilizer, has been in short supply internationally since two of the largest fertilizer producers, Norway’s Yara and US group CF Industries Holdings, suspended the production due to soaring natural gas prices in Europe.

As a result, these fertilizer plants that make carbon dioxide as a byproduct are in sudden shortages and are rippling through the UK food sector, according to a report from Bloomberg. The shortage of CO2 later forced Online grocer Ocado Group Plc to halt all deliveries of frozen products to customers, and the meat industry warned slaughterhouse operations could “grind to a halt” in weeks. 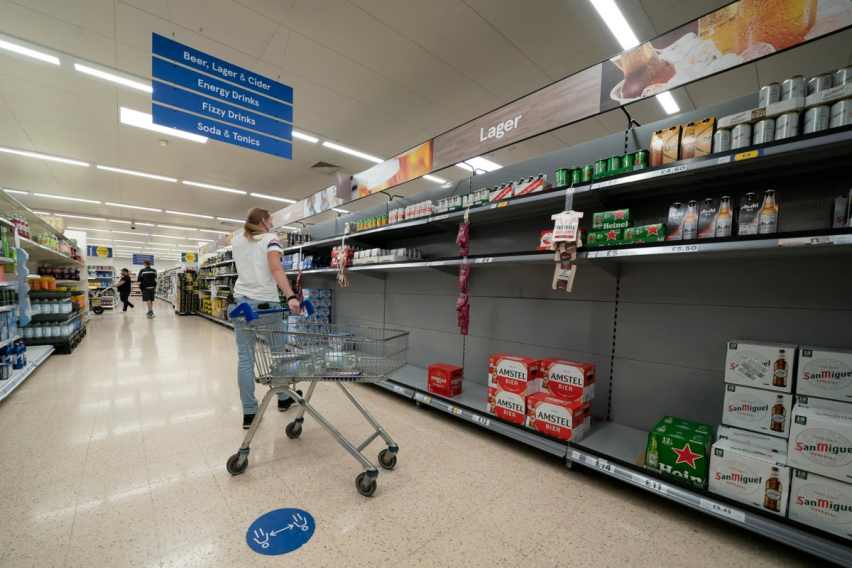 The food sector is not alone. Soft-drink makers are also monitoring the CO2 situation and looking at alternative sources, the British Soft Drinks Association said.

“It’s quite alarming,” said Nick Allen, head of the meat association. “We’re talking between days and weeks from this really hitting hard, unless somewhere in the world — ideally here in Europe — there are supplies of this that can replace that amount of CO2 very quickly.”

Meanwhile, while beef and lamb are less likely to be affected by the CO2 shortage, packaging them could lead to loss of five days of shelf life, according to the British Meat Processors Association (BMPA). Nick Allen, chief executive of the BMPA, called the effects of the gas price hike “absolutely horrendous” with “unthinkable consequences”.

“In very simple terms, if we can’t humanely slaughter the poultry and pigs, you could see British poultry meat and British pork disappear off the shelves in the next couple of weeks,” he told Sky News last week.

“The impact it will have at farm level is absolutely horrendous. From our perspective, this is something that really needs to be taken seriously now,” Allen added.

Below is a list of food hit by CO2 shortage. 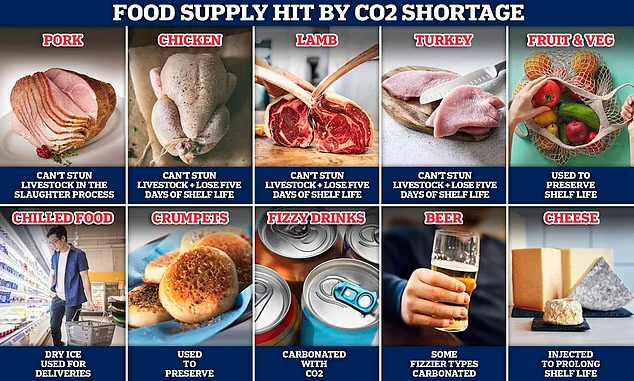 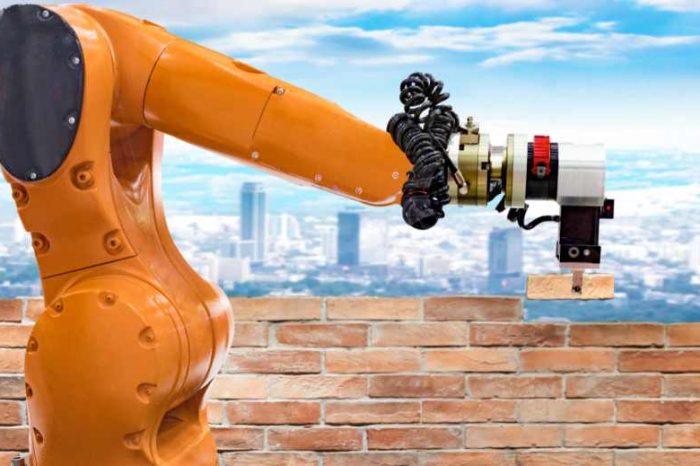 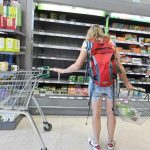