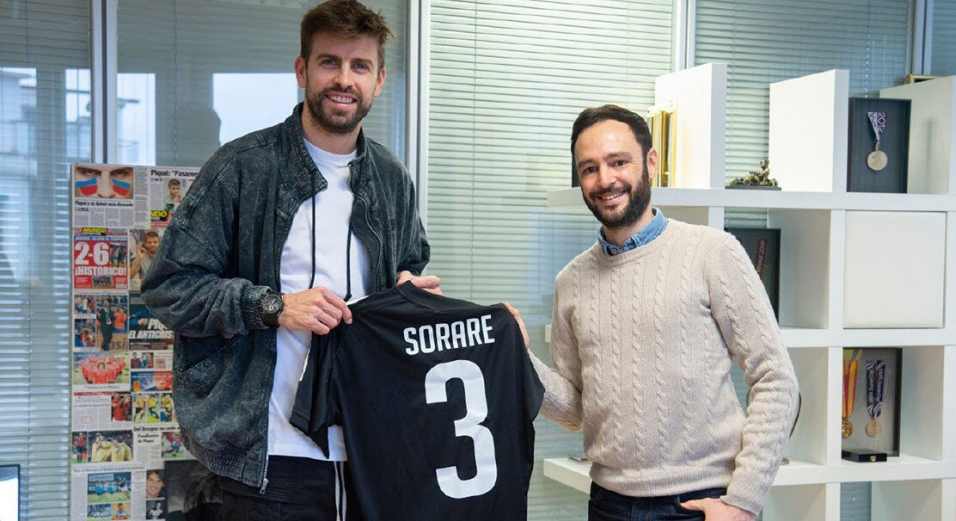 Sorare, a Paris, France-based blockchain-based fantasy soccer game Sorare has raised $680 million in funding to create the next sports entertainment giant leveraging NFTs. The round was led by SoftBank, with participation from players including ex-England international Rio Ferdinand and Spain’s Gerard Pique.

The Series B financing, which now valued the company at $4.3 billion, was also supported by other investors including Atomico, Bessemer Ventures, D1 Capital, Eurazeo, IVP, and Liontree; and existing investors Benchmark, Accel, and Headline.

Founded in 2018 by CEO Nicolas Julia and Adrien Montfort, Sorare is a global fantasy football game where players can buy, trade, and play with official digital cards. Sorare’s online game site provides a platform where players buy officially licensed cards representing soccer players and build teams that play against each other, with the outcome based on the players’ performance in real-life games.

Sorare said it will use the funding proceeds to rapidly accelerate its mission to build a revolutionary gaming experience that sets a new standard for how fans worldwide connect to the clubs and players they love. The company will also expand into other sports so that everyone can celebrate their passion and experience the unique world of NFT fantasy sports.

The NFT market has seen explosive growth in 2021 with no sign of slowing down. Every day, thousands of collectibles and sports-related are sold on NFT platforms like Sorare and OpenSea. The prices of NFTs have also gone up in recent months as investors NFTs as a new asset class to hedge against the dollars.

Sorare cards are NFTs, meaning each card is unique, scarce, and its ownership is publicly verifiable via the Ethereum blockchain. The cards are traded in the form of non-fungible tokens (NFTs), a kind of crypto asset which records the ownership status of digital goods on the blockchain.

It is a secure and transparent model of digital ownership. Through collecting, owning, and trading these limited edition digital collectibles, Sorare is designing a unique game experience where users can truly own their game and build real-world connections.

“We think NFTs represent a new paradigm in the collectability, usability, and engagement with assets,” Michel Combes, president of SoftBank Group International, said in emailed comments. “This evolution from physical assets to digital assets is very powerful, and creates a lot of exciting potential business models.”

Sorare is now the largest sports-based NFT platform by sales volume, according to NonFungible.com, a website that tracks NFT market data. It plans to open an office in the United States and expand into sports other than soccer.

“We saw the immense potential that blockchain and NFTs brought to unlock a new way for football clubs, footballers, and their fans to experience a deeper connection with each other,” said Nicolas Julia, CEO and co-founder of Sorare. “We believe this is a huge opportunity to create the next sports entertainment giant.”

“Sorare sits at the intersection of two really exciting industries in digital collectibles and fantasy sports,” said Marcelo Claure, CEO of SoftBank Group International and COO of SoftBank Group. “It’s evident from Sorare’s amazing growth this year alone that football fans around the world have been eagerly waiting for the “game within the game” that Sorare provides. We’re pleased to be joining them on this journey and are really excited to see what the company will achieve in its next phase of growth.”

Since January 2021, there have been $150 million of sales on Sorare, which accepts payments via credit card and the cryptocurrency ether. The most expensive unique card is of Cristiano Ronaldo, which was bought for 245,072 euros ($287,420.44) on March 13. 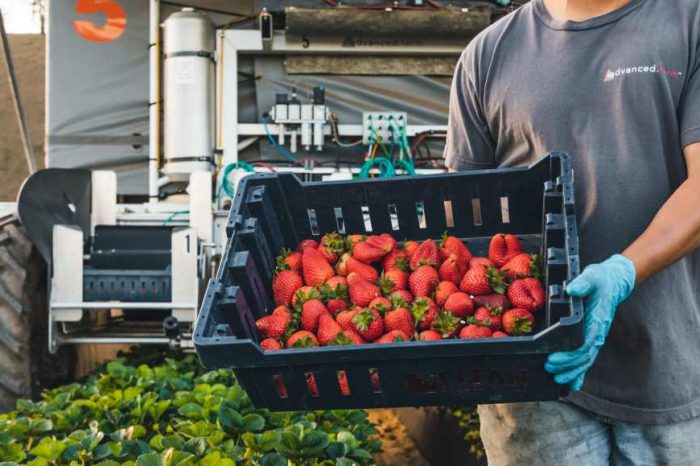 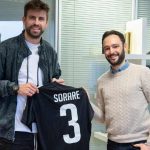