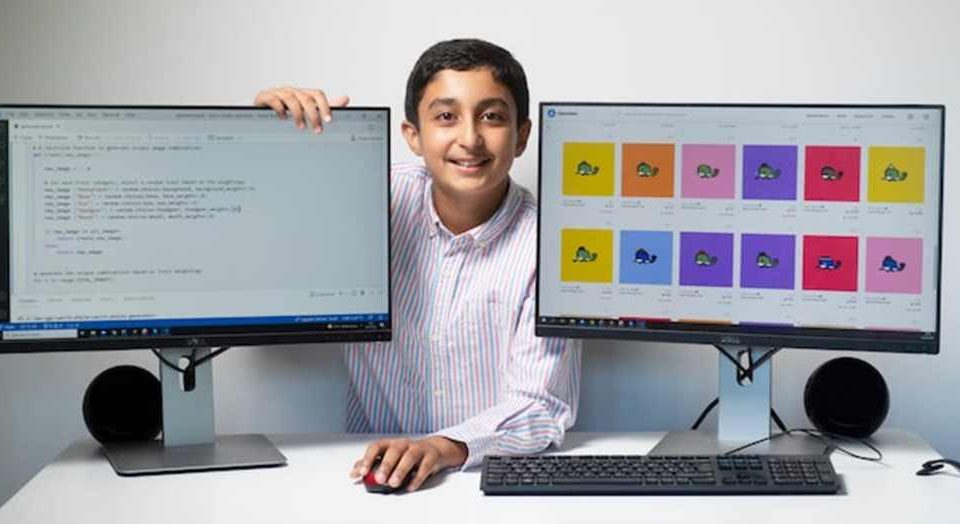 Non-fungible tokens (NFTs) are all the rage these days. They’ve gone from cryptocurrency side projects to digital art collectors queuing up for hours online for a chance to buy some. NFTs are not just collectors, public figures like Elon Musk, Mark Cuban, and multi-billion dollar corporations like Visa are all jumping on the NFT bandwagon.

However, one thing is to find adults and big companies buying and selling NFTs, it’s another story to see a 12-year old getting into the NFT space. Benyamin Ahmed isn’t your average 12-year-old. While kids his age are busy playing video games, Ahmed was tapping into a cultural boom of the non-fungible tokens. NFT dominated the headlines back in March after a single piece of a non-fungible token (NFT) art sold at Christie’s Auction for a record-setting $69.3 million, making it the most expensive digital art ever sold.

A London, England native, Ahmed has been programming since he was just 5 years old after watching his father, Imran, who works as a web developer. Ahmed told CNBC he started writing HTML and CSS and continued to advance his coding skills. He went on to learn JavaScript and other programming languages. Then early this year, NFTs and smart contracts caught Ahmed’s attention. He was so excited by the technology that he decided to create an NFT collection of his own.

“I first learned about NFTs earlier this year,” Ahmed tells CNBC Make It. “I got fascinated with NFTs because you can easily transfer the ownership of an NFT by the blockchain.”

Ahmed’s first NFT collection, which he launched earlier this summer, has 40 colorful, pixelized avatars called Minecraft Yee Haa, which “I created after spending too many hours playing Minecraft,” Ahmed says. He told CNBC that he created the artwork and coded each himself.

In a tweet below, Ahmed shared the first collection of NFTs he ever saw.

“One of my dad’s friends bought one for 5 figures. I instantly became fascinated. 😲🙂👍 ”

Two months ago, Ahmed began to code Weird Whales, his second NFT collection, which features 3,350 pixelated whales, each with distinct traits. He later sold the 3,350 8-bit style whales at 0.025eth per unit in less than a day, which is approximately $248000 as of the time of writing. Ahmed only paid $300 in Ethereum gas fees for that sale.

That’s not all. When CNBC checked on him, Ahmed revealed another 30 ETH from commissions for sales in the secondary market. “Ahmed earns a 2.5% royalty on each secondary sale.” That’s $93000 at today’s prices. In less than two months, Ahmed has made over $400,000 of selling NFTs. 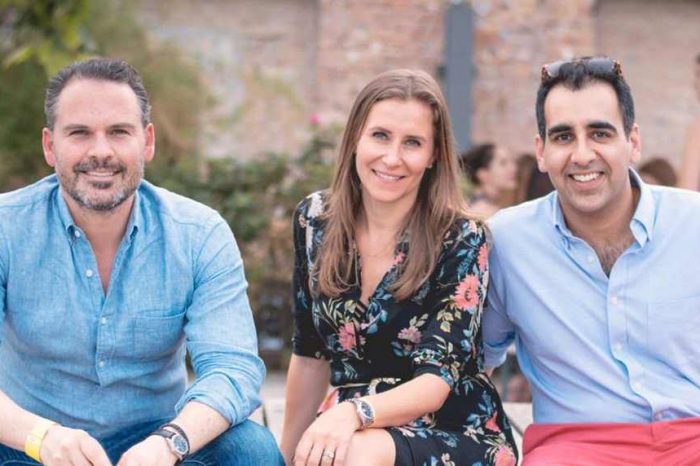 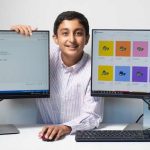