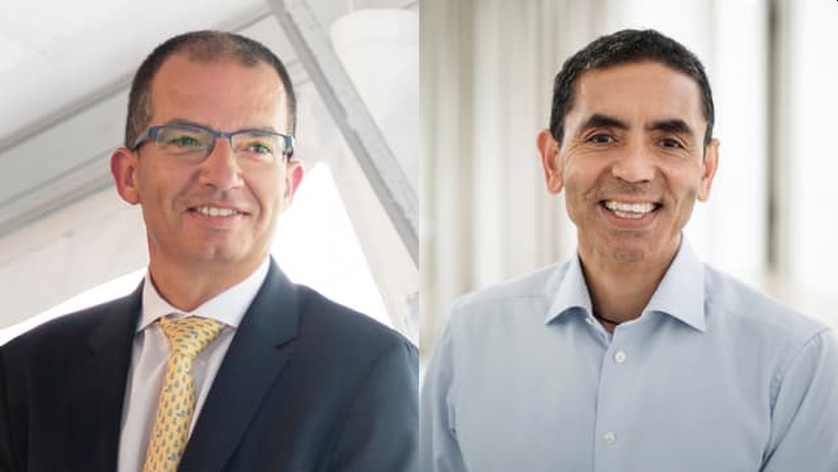 Who said you can’t make billions while saving lives? That’s the case with startup founders, doctors, scientists, and founders of pharmaceutical companies behind the covid-19 vaccines. Thanks to the pandemic, the new vaccines have now created at least nine new biotech and pharma billionaires after their companies’ shares soared to new heights.

Pfizer is one of the three leading Pharmaceutical companies working on mRNA vaccines to put an end to the deadly coronavirus. Behind the pharma giant are two previously known biotech startup companies, Moderna and BioNTech. They were founded in 2008 and 2010 respectively with the goal of pioneering messenger RNA (mRNA) therapies to the world of healthcare. These two companies are one of the startup success stories of the coronavirus pandemic.

Prior to the COVID-19 pandemic in December 2019, Moderna and BioNTech had never produced or launched a single product. Today, Moderna’s vaccine has propelled its market capitalization to $138.78 billion (from $67 billion in April 2021), making its CEO Stéphane Bancel a billionaire.

The same is true for BioNTech, which later partnered with Pfizer to develop mRNA vaccines. Today, the BioTech startup is now valued at $75.5 billion (from $46.33 billion when we wrote about the company in April) and making its CEO Ugur Sahin a billionaire.

The two CEOs now top the list of new pharma billionaires at a combined worth of around $4 billion, according to an analysis by the People’s Vaccine Alliance, a campaign group that includes Oxfam, UNAIDS, Global Justice Now, and Amnesty International.

According to an analysis from CNN, senior executives from China’s CanSino Biologics and early investors in Moderna have also become billionaires as shares of the company skyrocketed, partly in expectation of profits earned from Covid vaccines, which also bode well for the companies’ future prospects. CNN’s analysis was compiled using data from the Forbes Rich List.

Meanwhile. Moderna’s share price has gained over 700% since February 2020 and more than double since April 2020 when wrote about the company. BioNTech also surged 600% during the same period while the stock of CanSino Biologics is up about 440% over the same period.

Meanwhile, these billionaires are just getting started as their companies have the potential to make billions of dollars in selling booster doses. Today, During a July 29 episode of CNBC’s The Exchange, Pfizer CEO Albert Bourla shared the findings of a new company-funded study, which has not yet been peer-reviewed but was released early as a preprint on medRxiv.

According to the study, a team of researchers evaluated the efficacy of the vaccine in more than 44,000 Pfizer recipients across the U.S. and in other countries over the course of six months.

At the end of the study, researchers found that the vaccine was most protective between one week and two months after people received the second dose, with a 96.2 percent efficacy against infection. But they also found that every two months, the effectiveness of the vaccine declines by about 6 percent. Between two to less than four months, Pfizer’s vaccine had dropped to 90.1 percent.

Moderna and BioNTech founders and CEOs are not alone in profiting from the vaccine business. Microsoft co-founder Bill Gates has also reaped a substantial windfall from his investment in BioNTech.

For example, in September of 2019, Bill Gates initially invested $55 million on a pre-IPO equity investment into BioNTech. Today, Gates’ investment is now worth almost $1 billion (worth $550 million in April). Gates’s investment in BioNTech may probably be higher.

In a news release titled, “Bill & Melinda Gates Foundation invests $55 million in an infectious disease collaboration that could reach up to $100 million in total funding,” BioNTech co-founder and CEO Prof. Ugur Sahin said:

“We are thrilled about the partnership with the Gates Foundation and the outstanding network of infectious disease specialists that it has built.”

Meanwhile, BioNTech is not the only vaccine maker Bill Gates has invested in. As Fool.com also wrote, Microsoft co-founder through his Bill & Melinda Gates Foundation, also invested in three other coronavirus vaccine stocks Pfizer, CureVac, and Vir Biotechnology.

Per Fool.com, in 2015, his foundation invested $52 million in CureVac. In addition, the Gates Foundation agreed to provide separate funding for several projects to develop vaccines based on CureVac’s messenger RNA (mRNA) platform. The Gates Foundation was also one of the lead investors in Vir Biotechnology at the biotech’s launch in late 2016 and early 2017.

In 2011, Gates said that vaccine investment offers the best returns, according to a report from Reuters. “Vaccines are one of the best investments that we can make in the future,” Gates said. 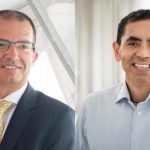