Back in 2012, Dr. Anthony Fauci argued in a paper that the benefit of Gain-Of-Function (GoF) research into bat virus “was worth the risk.” The research involves scientists extracting viruses from the wild and engineer them to infect humans in order to study potential therapeutics including vaccines.

In the paper, Dr. Fauci wrote:

“In an unlikely but conceivable turn of events, what if that scientist becomes infected with the virus, which leads to an outbreak and ultimately triggers a pandemic? Scientists working in this field might say — as indeed I have said — that the benefits of such experiments and the resulting knowledge outweigh the risks.”

The research was later funded by the National Institute for Allergy and Infectious Disease, according to a piece from Newsweek Magazine titled: “Dr. Fauci Backed Controversial Wuhan Lab with U.S. Dollars for Risky Coronavirus Research.” In the article, Newsweek wrote:

Newsweek went on to say that Dr. Fauci played an important role in promoting GOF research. Below is how Newsweek explains it:

Fast forward to today. Dr. Fauci appeared before the Senate in Washington, D.C. During the hearing, U.S. Senator Rand Paul asked Dr. Fauci about GoF funding and how Dr. Fauci had said in the past that NIH did not fund research work in Wuhan, China.

Below is the screenshot. 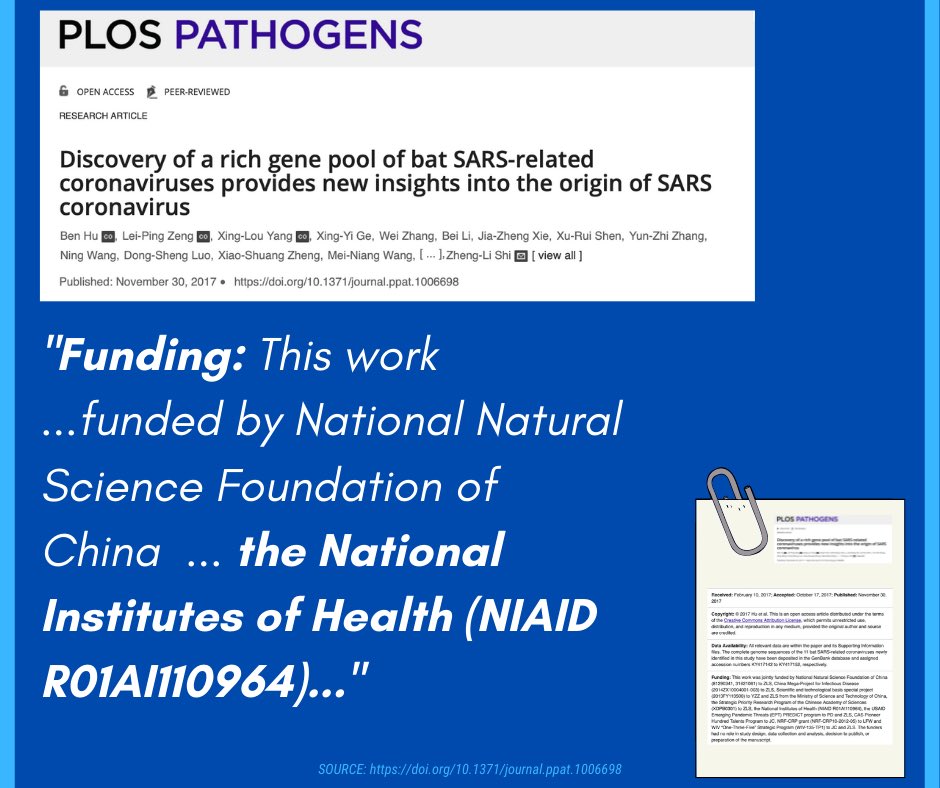