Late last month, Dr. Robert Malone, one of the original inventors of mRNA vaccines, was banned and censored by YouTube and LinkedIn after he called spoke out about the risk of “experimental vaccines.”

During a TV appearance, Dr. Malone said he was not discouraging the use of the vaccine but was providing people with as much fair information as he could about their risks. To add to the firestorm, Dr. Malone pointed out that the current covid-19 vaccines have not been formally approved by the but are instead being administered under the FDA Emergency Use Authorization (EUA).

He also added that the government is not being forthright about the risks of the current vaccines.

In an informational article titled, “The Facts About the Pfizer-BioNTech COVID-19 Vaccine,”  Pfizer also confirmed that its covid-19 vaccine has not been approved or licensed by the FDA”

“The Pfizer-BioNTech COVID-19 vaccine has not been approved or licensed by the U.S. Food and Drug Administration (FDA), but has been authorized for emergency use by FDA under an Emergency Use Authorization (EUA) to prevent Coronavirus Disease 2019 (COVID-19) for use in individuals 12 years of age and older.”

Surprisingly last week, Pfizer pulled and deleted the article from its website.

Then on July 6, Biden announced that government officials will now be going door-to-door to Americans who have not been vaccinated and get them vaccinated through “targeted community outreach.” The Internet erupted with some saying the government does not have the right to force them to take an unapproved vaccine. Responding to Biden’s announcement, Congressman Dan Crenshaw and a former US Navy SEAL said:

“How about don’t knock on my door. You’re not my parents. You’re the government. Make the vaccine available, and let people be free to choose. Why is that concept so hard for the left?”

So if the vaccines have not been approved or licensed by the FDA, does the government have any right to mandate its citizens to take them? Which leads us to the debate about the World War II-era Nuremberg Code. This week, the popular fact-checking site, FactCheck.org, said that the 10-point guidelines established in response to Nazi atrocities during the Holocaust are unrelated to widespread COVID-19 vaccination efforts.

“The Nuremberg Code is a World War II-era guideline that is not legally binding. It does not apply to COVID-19 because vaccines have passed clinical trials before they are given to the public.”

In addition, Dr. Alexis Paton, a lecturer in social epidemiology and the sociology of health at Aston University in Birmingham, also said that the Nuremberg Code was no longer relevant once the vaccine had been authorized. However, Dr. Paton pointed out that Nuremberg Code principles are still applicable during the clinical vaccine trials.

“The Nuremberg Code is about the active experimentation on humans, for the most part during some sort of clinical trial of some description. So when we talk about Pfizer or AstraZeneca [vaccines], we’re out of the auspices of the Nuremberg Code because this is a product that has been trialled, with appropriate ethics in place, and has been approved and is now in production and being used globally.” – Dr. Alexis Paton to fact-checker Full Fact

1. The voluntary consent of the human subject is absolutely essential.
This means that the person involved should have legal capacity to give consent; should be so situated as to be able to exercise free power of choice, without the intervention of any element of force, fraud, deceit, duress, over-reaching, or other ulterior form of constraint or coercion; and should have sufficient knowledge and comprehension of the elements of the subject matter involved, as to enable him to make an understanding and enlightened decision. This latter element requires that, before the acceptance of an affirmative decision by the experimental subject, there should be made known to him the nature, duration, and purpose of the experiment; the method and means by which it is to be conducted; all inconveniences and hazards reasonably to be expected; and the effects upon his health or person, which may possibly come from his participation in the experiment.
The duty and responsibility for ascertaining the quality of the consent rests upon each individual who initiates, directs or engages in the experiment. It is a personal duty and responsibility which may not be delegated to another with impunity.

2. The experiment should be such as to yield fruitful results for the good of society, unprocurable by other methods or means of study, and not random and unnecessary in nature.

3. The experiment should be so designed and based on the results of animal experimentation and a knowledge of the natural history of the disease or other problem under study, that the anticipated results will justify the performance of the experiment.

4. The experiment should be so conducted as to avoid all unnecessary physical and mental suffering and injury.

5. No experiment should be conducted, where there is an a priori reason to believe that death or disabling injury will occur; except, perhaps, in those experiments where the
experimental physicians also serve as subjects.

6. The degree of risk to be taken should never exceed that determined by the humanitarian importance of the problem to be solved by the experiment.

7. Proper preparations should be made and adequate facilities provided to protect the experimental subject against even remote possibilities of injury, disability, or death.

10. During the course of the experiment, the scientist in charge must be prepared to terminate the experiment at any stage, if he has probable cause to believe, in the exercise of the good faith, superior skill and careful judgement required of him, that a continuation of the experiment is likely to result in injury, disability, or death to the experimental subject. 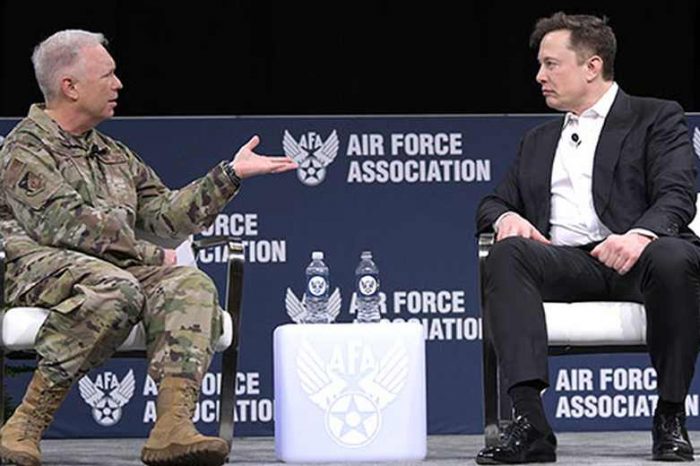 Elon Musk warns the US Military: China will overtake the US. "The US will be militarily second to China" without radical innovation, Musk says