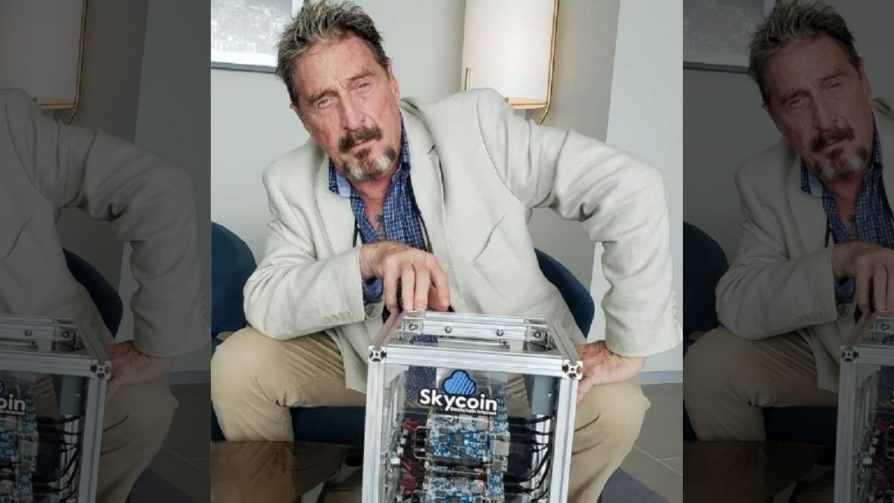 John McAfee, the founder of the popular McAfee antivirus software, was found dead on Wednesday. He was 75. Authorities say he died of a suspected suicide. His lawyer also confirmed to ABC News that his client was found dead in a Spanish jail cell today.

Back in October 2020, we wrote about the 75-year-old tech icon after he was arrested in Spain and charged with tax evasion and for fraudulently promoting initial coin offerings (ICO), and also for failure to file tax returns for four years. He has been in jail in Spain since Oct. 6, facing charges that he hid significant assets which included real estate and a yacht.

Spain’s National Court recently approved a request for his extradition back to the US, where he faced the prospect of dying in a jail cell, Spanish newspaper El Pais reported Wednesday evening that John McAfee committed suicide in his cell, dying at the age of 75.

Back in 2019, McAfee said that taxes are illegal and that he had not filed a tax return since 2010. He refers to himself as being a “prime target” of the U.S. Internal Revenue Service. In another Twitter post on January 3, 2019, McAfee wrote:

“I have not filed a tax return for 8 years. Why? 1: taxation is illegal. 2: I paid tens of millions already and received Jack Shit in services. 3. I’m done making money. I live off of cash from McAfee Inc. My net income is negative. But i am a prime target for the IRS. Here I am.”

I have not filed a tax return for 8 years. Why? 1: taxation is illegal. 2: I paid tens of millions already and received Jack Shit in services. 3. I'm done making money. I live off of cash from McAfee Inc. My net income is negative. But i am a prime target for the IRS. Here I am.

McAfee said taxes are illegal and complained about government services. He noted that he lives off the money made from McAfee Inc. – the company he founded and resigned from in 1994 – and called himself a “prime target” for the IRS before writing “Here I am.”

Update: Below is a screenshot of another tweet from McAfee back in October 2020. 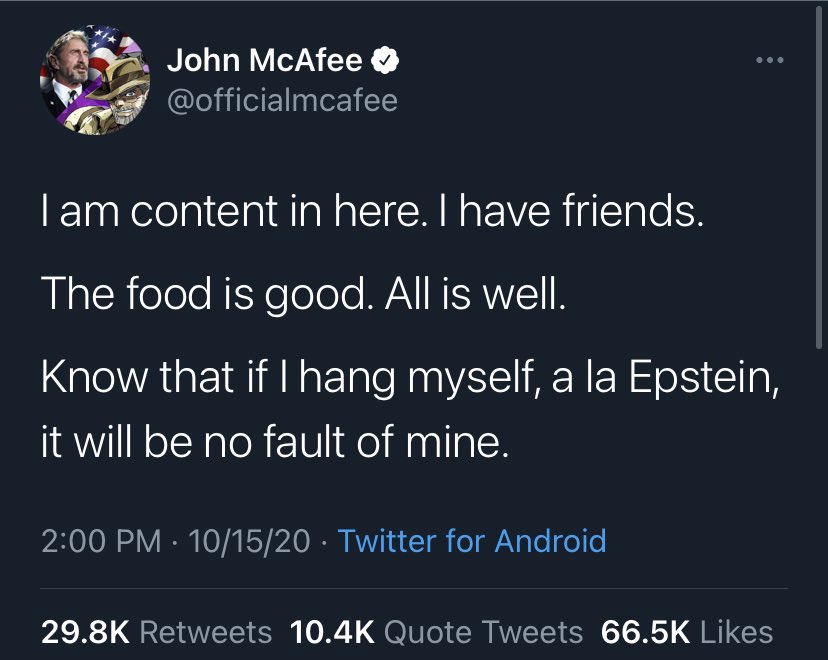 Just a little over a year after John McAfee was arrested in the Dominican Republican (aboard a yacht carrying high-caliber weapons, ammunition, and military-style gear). Two months later, he was also arrested for wearing a thong mask.

In July 2017, McAfee wrote on Twitter that he predicted that the price of one bitcoin would jump to $500,000 within three years, and “If not, I will eat my own dick on national television.” In November 2017, he increased his prediction to $1 million. In January 2020, however, he stated on Twitter that his previous predictions were simply “A ruse to onboard new users”, and that bitcoin had limited potential because it was “an ancient technology”. Asked which cryptocurrencies he now recommended, he listed Monero and Pirate Chain. 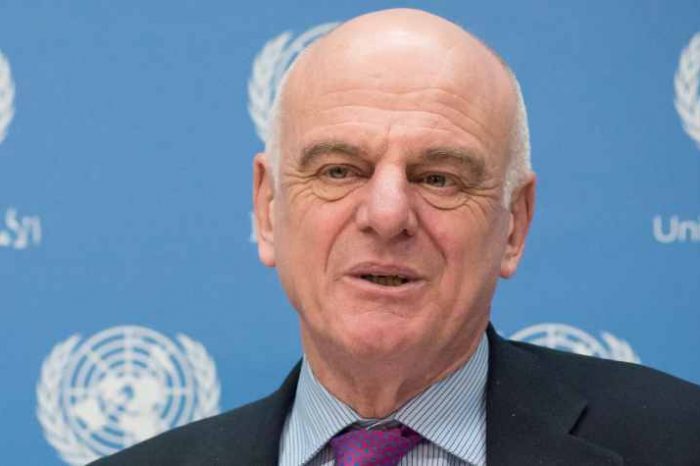 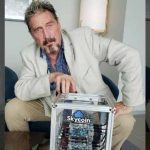