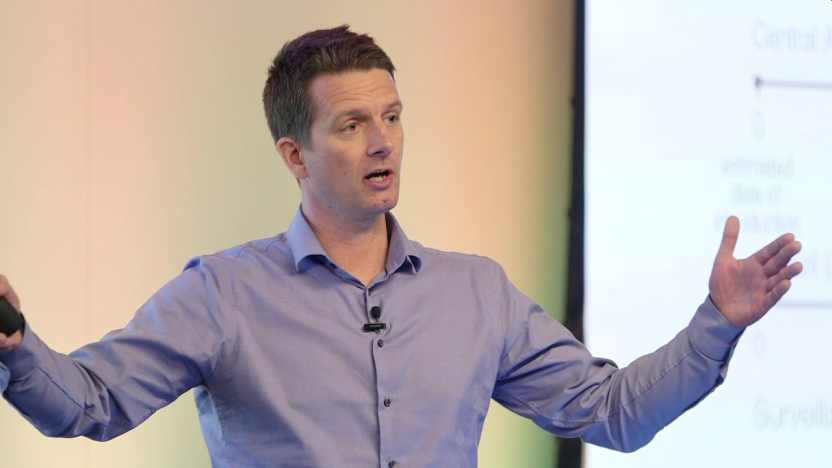 Last week, the internet was set ablaze after hundreds of pages of Dr. Fauci’s emails were released to the public. The emails, which The Washington Post described as “deadly serious,” were obtained by The Post and BuzzFeedNews through the Freedom of Information Act (FOIA). The emails were sent between January and June 2020 and reveal that Dr. Fauci knew more earlier than claimed.

As we reported last week, one particularly email of interest is an exchange between Dr. Fauci and virologist Kristian G. Andersen about the origin of the coronavirus. In the exchange, Kristian wrote:

“I should mention that after discussions earlier today, Eddie, Bob, Mike, and myself all find the genome to be inconsistent with expectations from evolutionary theory.”

Now, less than a week after Fauci’s emails were made public, Andersen deleted his Twitter account after people noticed what he said on Twitter about the coronavirus was different from what he said in his email exchanges with Dr. Fauci.

Some also suggested that Andersen deleted his Twitter account after he was asked to explain what he meant by “Inconsistent with expectations from evolutionary theory” or “some features look engineered.” 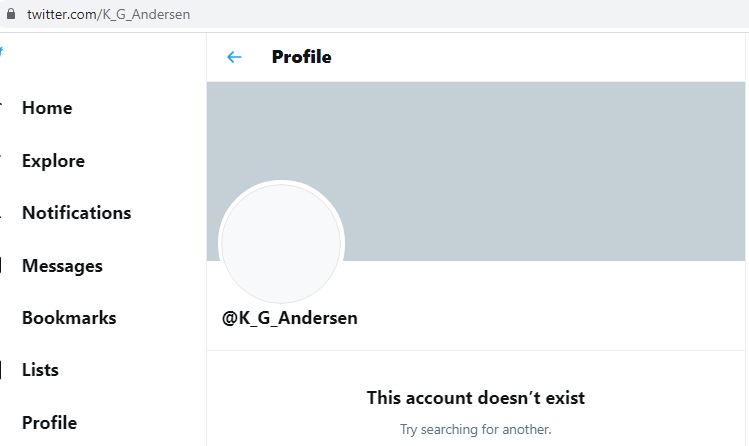 Below is a screenshot of Andersen’s email correspondence with Dr. Fauci. 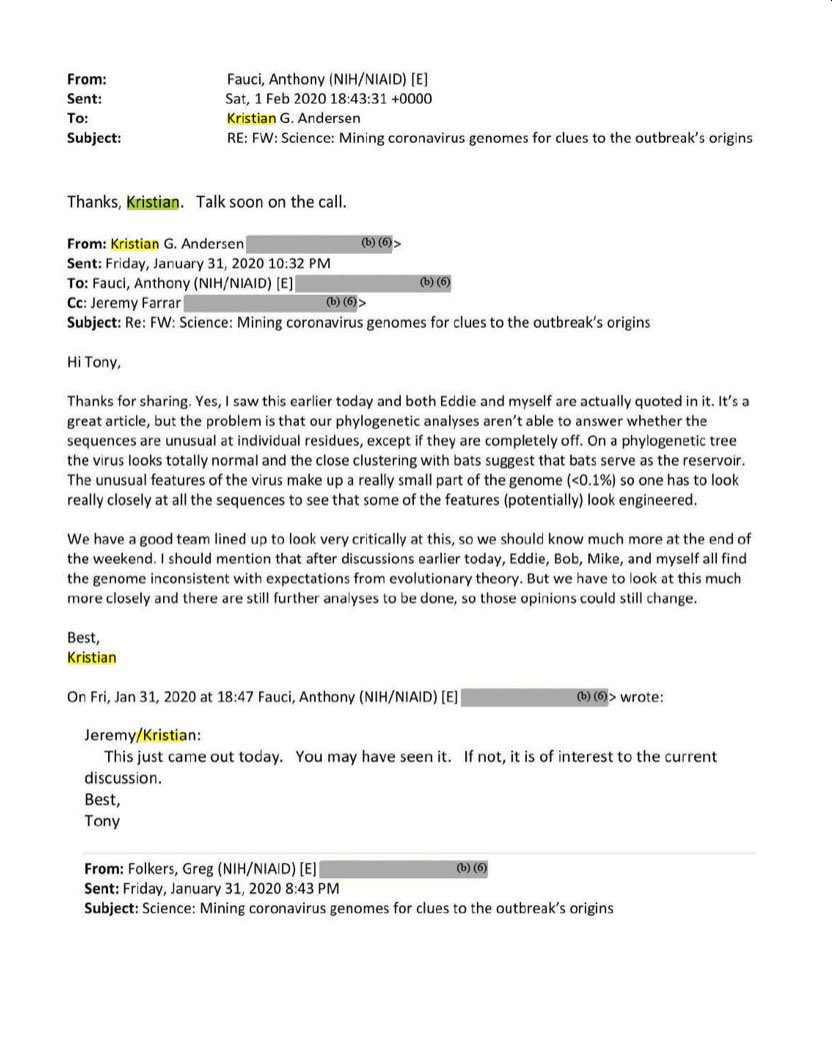 What’s noteworthy about the email exchange is that, right after Andersen had discussed with Dr. Fauci, he orchestrated a paper published on Nature Medicine which has been used as a pivot point to spread the misinformation about the origin of Covid19. Below is a screenshot of the paper published on March 20, 2020, about 45 days after his email exchange with Dr. Fauci. 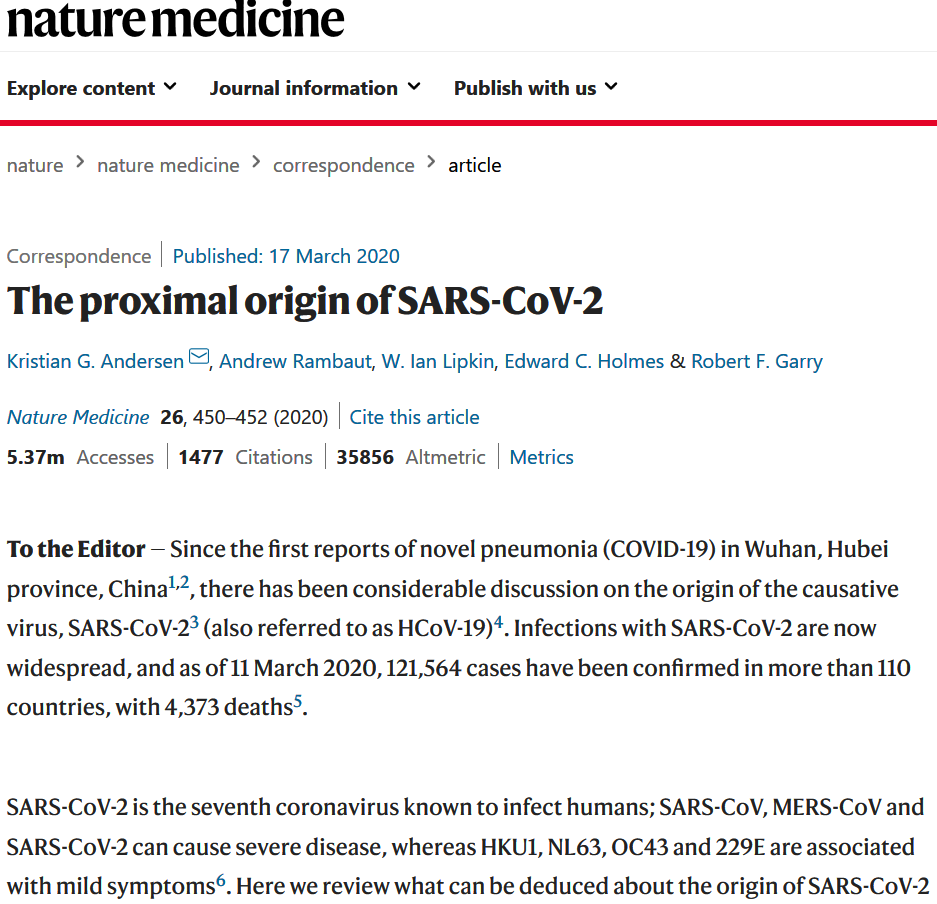 Update: Below is a tweet from former New York Times reporter Alex Berenson about the inconsistencies from Andersen.

“1/ Ruh-ro! @K_G_Andersen has even more ‘splaining to do. Remember, Kristian warned Anthony Fauci on Jan. 31 that #SARSCoV2 might be “engineered.” But that’s not what he said publicly THE SAME DAY. When @TomCottonAR raised a potential lab leak, Kristian quickly jumped in…,” Berenson  tweeted.

2/ Alongside Dr. Tara Smith, yet another Twitter-famous epidemiologist, to call the theory “completely flawed and wrong.”@K_G_Andersen has since deleted the tweet. There’s science, and then there’s scienter, amirite? pic.twitter.com/po58ehP9dz 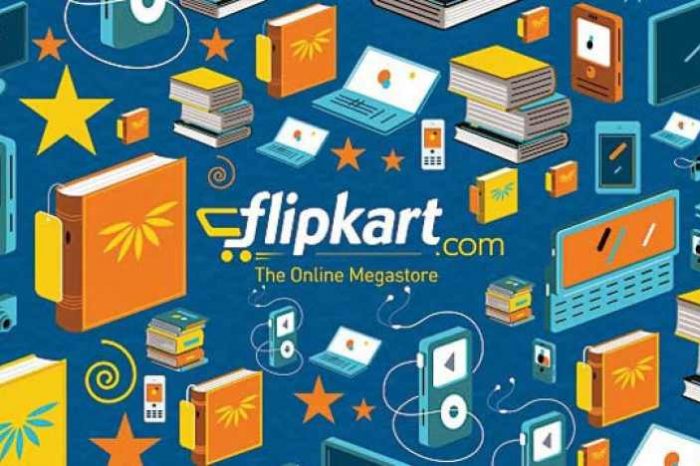 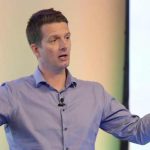