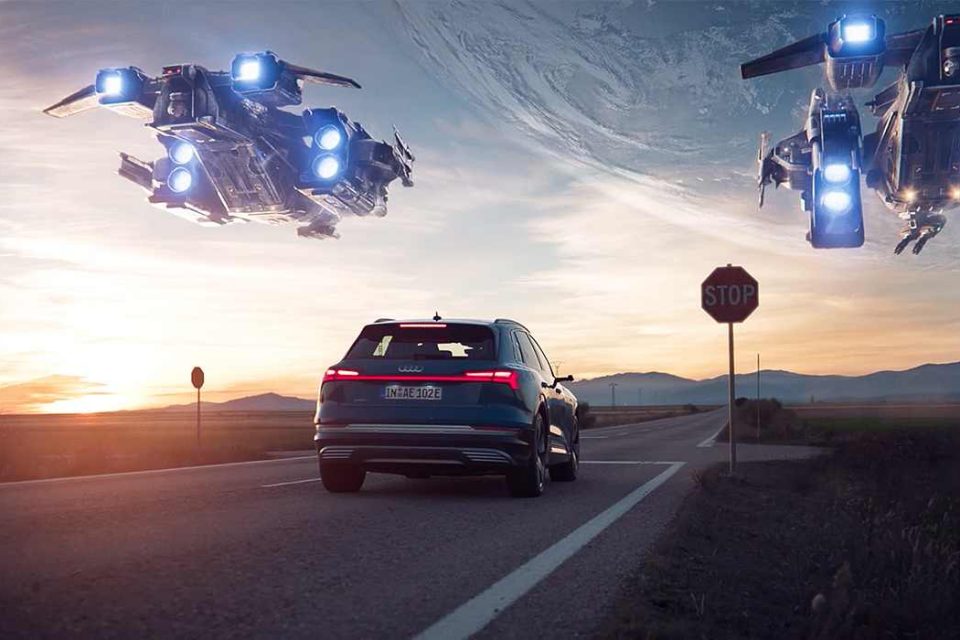 Holoride is a Munich, Germany-based tech startup that is turning vehicles into moving theme parks by synching XR with vehicle movement and navigation data. The company was spun out of the German automaker Audi in 2019 to bring a VR experience to the backseat of every car, no matter if it’s a GM, Toyota, Ford, or even Mercedes.

Holoride wowed the world two years ago when it made a debut of its first public demo of “Rocket’s Rescue Run,” a new technology developed by Audi, Disney’s VR experience to bring Marvel content to life. Imagine you’re a passenger in an Uber ride with a driver and nothing to talk about. The question becomes: How do you strike up a conversation with the driver or the people you’re sharing the car with? That’s the problem “Rocket’s Rescue Run” solves.

Fast forward two years later. Holoride is back with a new exciting project. Today, Holoride announced it is launching a blockchain-based ecosystem to build the world’s first immersive in-vehicle media platform, which the company hopes will supercharge the experience and commercial value for both passengers and partners. The announcement comes after its successful $12 million Series A funding round at the end of April.

By processing motion and location-based data in real-time, Holoride enables content creation that adjusts to vehicle motion, travel time, and route. As a result, it perfectly syncs with the passenger’s journey.

According to the announcement, Holoride plans to integrate Elrond blockchain into its technology stack to bring transparency to its ecosystem of car manufacturers, content creators, and users in this new mobility-entertainment space. Elrond is a highly scalable, fast, and secure blockchain platform for distributed apps, enterprise use cases, and the new internet economy.

Commenting on the partnership with Holoride, Beniamin Mincu, CEO & co-founder of Elrond, said: “Holoride is in a unique position to reimagine digital media and mobility by bridging them using blockchain technology. The intuitive simplicity of Elrond will help every user to seamlessly and securely on board this exciting new technology stack. In addition to scalability, holoride will benefit from Elrond’s core strengths of speed, security, and energy efficiency. Our internet-scale network is powered by ‘Secure Proof of Stake’ which eliminates Proof of Work (PoW) computational waste and lowers transaction costs to negligible levels.”

Holoride hopes to use non-fungible tokens (NFTs) to incentivize and fairly compensate developers based on user engagement time on its Holoride platform for the promise of more money earned off token purchases, and to attract passengers who want to personalize their in-car experience. In a statement, Holoride said:

“Blockchain technology may also enable holoride to evaluate a compelling set of potential incentive structures for users, such as unique NFTs and social currencies to significantly enhance the passenger experience.”

Holoride also added that the NFTs in its ecosystem will contain specific utilities and allow developers to retain the value of their creations. In addition, digital items and collectibles on Holoride’s platform, represented by NFTs, will be transferable and tradable, unlocking an unprecedented experience and commercial value within the in-car entertainment space.

“As we look to expand across global markets, blockchain technology and NFTs help us scale while securing the integrity of our developer-centric and car manufacturer-agnostic approach,” said Nils Wollny, CEO and co-founder of Holoride. “Our mission is to make transit time more valuable for everyone. Through NFTs, we envision the highest level of personalization for users while offering a one-of-a-kind XR experience with compelling monetization opportunities for our partners.”

“We’re excited to explore blockchain’s potential with Holoride,” said Sven Schuwirth, Senior Vice President Digital Experience and Business at AUDI AG. “We strongly believe that it is all about creating meaningful and customer-centered experiences. In the future, this will become even more vital and a major differentiator. Audi’s investment in this initiative represents a step in that direction.” 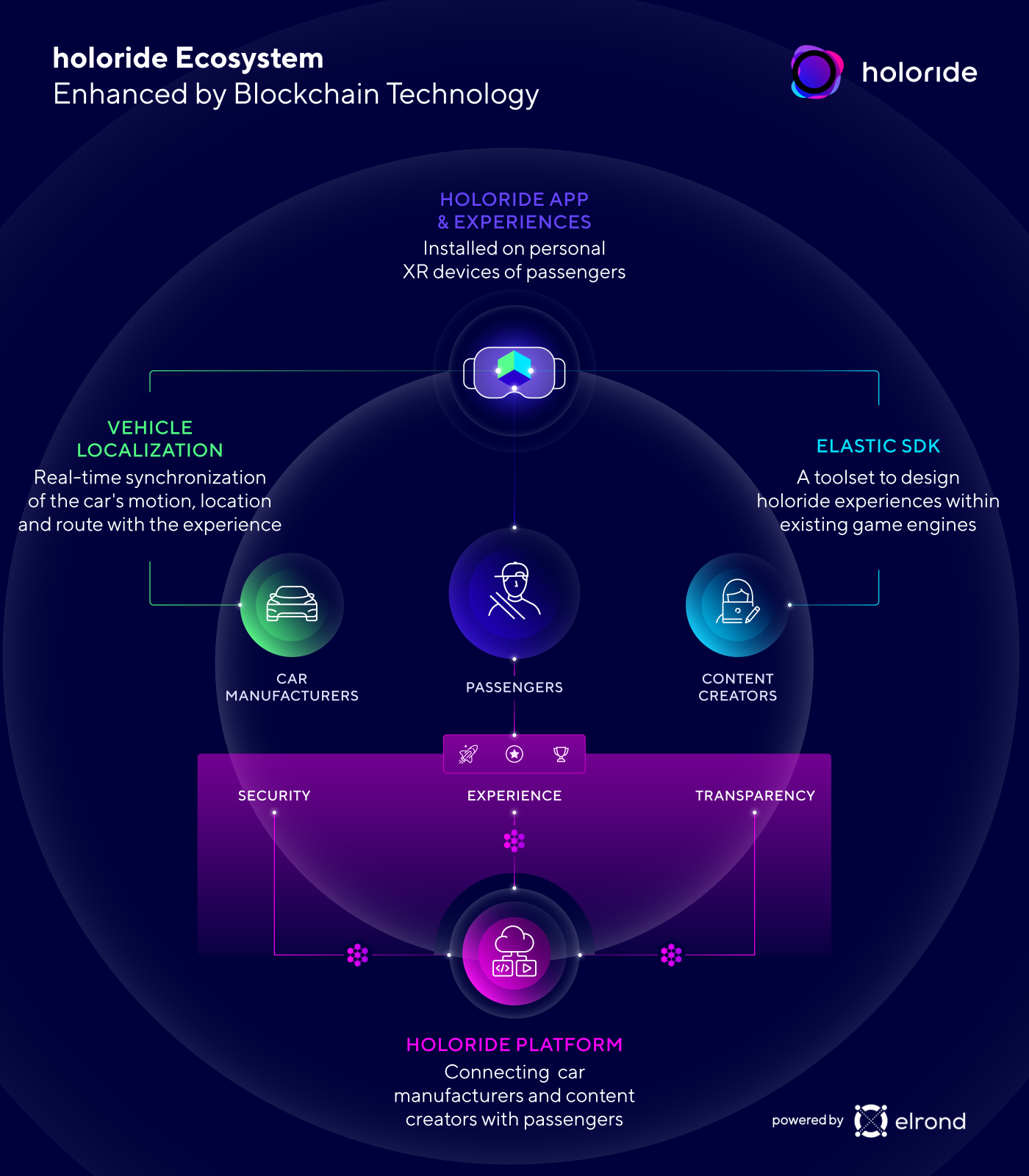 Founded in 2018 as a spinoff of Audi, Holoride is creating an entirely new media category for passengers by connecting Extended Reality (XR) content with data points from the vehicle in real-time. These data points include physical feedback, like acceleration and steering, traffic data, as well as travel route and time. Holoride technology provides a new type of immersion into any kind of VR content, creating a breathtaking, immersive experience, and significantly reducing motion sickness. 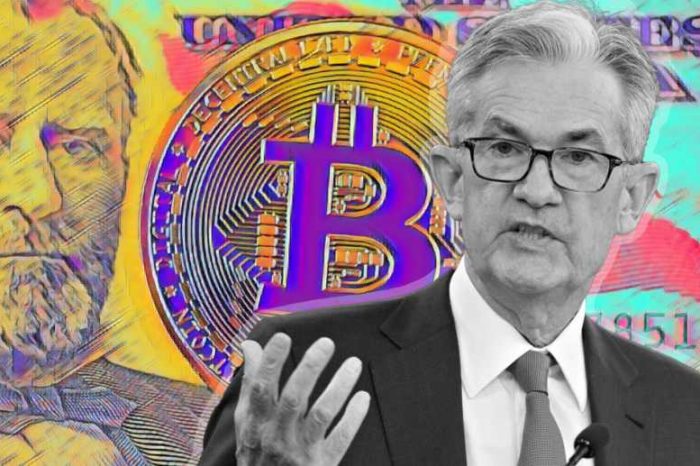 Federal Reserve Chair Jerome Powell: "Cryptocurrencies are highly volatile and therefore not really useful stores of value and they’re not backed by anything" 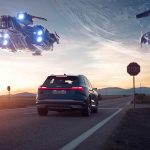